Moore’s Law is breaking down – maybe the problem is silicon 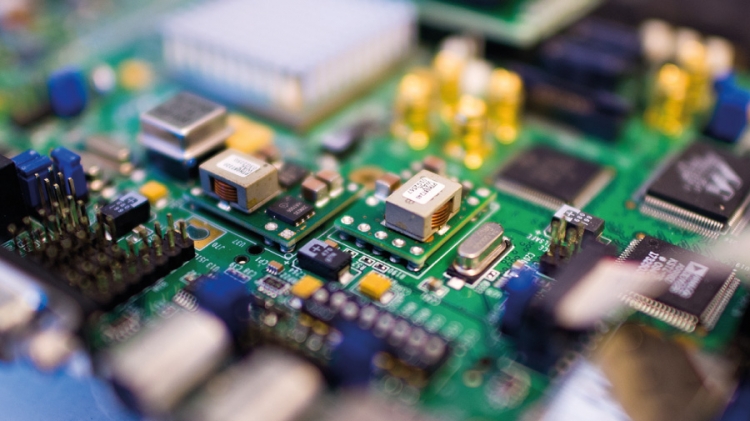 As transistors have been made smaller, and packed together more tightly, the number that can be fitted on a single chip has roughly doubled every two years, and is now approaching a billion. That has fuelled the steady increase in chips’ computational power.

But Moore’s Law is breaking down. Put simply, we are approaching the physical limits of how tightly transistors can be packed together.

As transistors become smaller, the information-carrying electrons start behaving like waves – rather than particles – allowing them to leak across barriers that would otherwise restrict them. This results in chips with a high power density, limiting both their functionality and energy efficiency.

If we want smaller, more energy-efficient chips to power future generations of phones and tablet computers, we will need new ways of increasing the number of transistors on a chip while managing this power density problem. It is one of the biggest challenges electronics faces today.

The answer may lie in novel materials, either in place of silicon, or alongside it. Such materials, it is hoped, will offer significantly better electron carrier mobility than silicon.

That in turn should allow chips to run on much lower voltages, reducing power density without denting performance.

One promising material is graphene, a single layer of carbon in graphite form. First synthesised in 2004, its atoms are configured in a honeycomb structure – so it is strong, while having useful electric and optical properties. Cutting it, in an “armchair” atomic configuration, into thin ribbons, makes it semiconducting, allowing it to be used as an electric switch. That gives it great potential for being integrated into electronic devices.

As part of Abu Dhabi’s strategy to build up a world class microsystems and advanced materials industry, the Masdar Institute has launched a programme on carbon-based electronics.

Its researchers are using advanced atomic microscopy to analyse graphene’s atomic structure. They are investigating how its critical defects affect its electrical properties.

Using the institute’s microfabrication clean room, we will fabricate electrical test structures that should allow us to determine the key electronic and physical properties of graphene. We also plan to look into its potential for use in devices such as batteries and solar cells.

A longer-term goal is to grow graphene right here in Abu Dhabi, so the country can have a ready and more affordable supply of this exciting but costly material. This will enable us in the future to make transistor devices based on graphene.

With this research – and the accompanying training and facilities – we hope to be able to contribute to the next wave of electronics by providing innovative solutions and devices for society’s growing high-tech needs.

Graphene is still in its infancy but we are confident that further research will yield significant scientific and economic benefits, not only to the UAE, but to society at large.