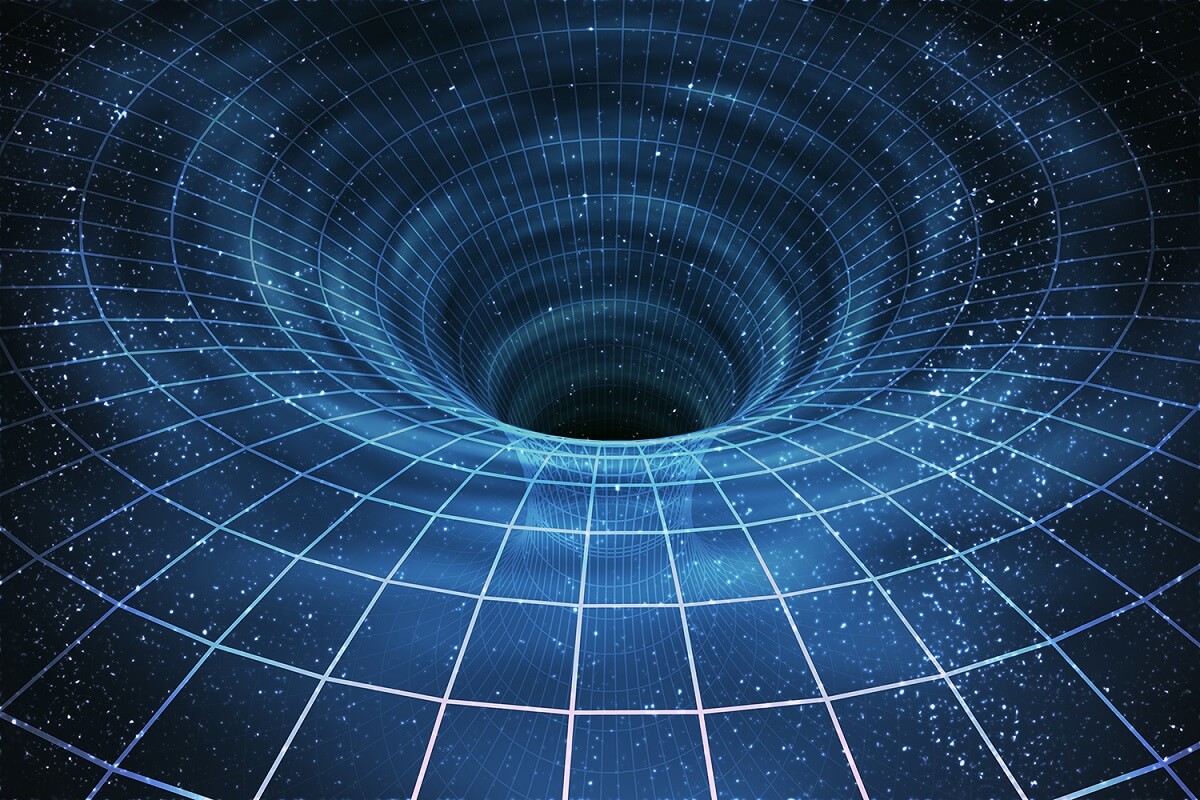 A new application of the mathematical model used to predict the gravitational waves produced by two merging black holes at the microscopic level could play a key role in realizing the unifying theory of physics, says KU’s Dr. Davide Batic, Assistant Professor of Mathematics. Dr. Batic has recently published a second paper on his work in the European Journal of Physics C, which answers questions raised in his first paper on the same topic, which was published last year.

“In that paper, we discovered new oscillations for a certain class of black holes, and we noted that it would have been interesting to verify whether these theoretically predicted oscillations and associated frequencies could also be detected in larger classes of black holes,” said Dr. Batic. “This paper satisfactorily answers this question.”

These new wave oscillations are created when two black holes attract each other. As their event horizons—the point at which anything under the speed of light would be unable to escape the gravitational pull—get close enough to merge, the ringdown phenomenon occurs. This is the phase where the unified black hole system is still ringing and radiating, but progressively less so.

“In the ringdown phase, the black hole starts vibrating after interacting with matter. These vibrations get translated into gravitational waves, in the same way a guitar string being plucked translates into soundwaves,” explained Dr. Batic. “The frequencies of these waves are known as quasinormal modes and their oscillations become smaller as time passes.”

Dr. Batic added to this research by computing the theoretical oscillations in a different class of black holes: microscopic quantum black holes. This fundamental research helps to address the larger question of the unified field theory – the theory that would tie together all known phenomena to explain the nature and behavior of all matter and energy in existence.

The objective of particle physics is to understand the basic structure and laws of nature from the largest dimensions in the universe—the formation of stars and galaxies—to the smallest dimension in the microcosm. The Standard Model of particle physics is the theory describing the fundamental forces and classifying all known elementary particles. It was presumed complete with the discovery of the Higgs boson in 2012.

Einstein’s General Theory of Relativity describes physics at a grand scale. However, this theory breaks down when applied to what happens inside the singularity at the center of a black hole.

“We already know that General Relativity is not able to reliably explain what happens inside the event horizon of a black hole,” said Dr. Batic. “This suggests we need a theory unifying General Relativity with quantum mechanics. Indeed, we have several candidate theories but each one with its own problems.”

Quantum mechanics is a fundamental theory in physics at the opposite end of the scale from general relativity: it describes nature at the smallest scales of atoms and subatomic particles. Dr. Batic’s work, if corroborated by experimental evidence, could advance scientific understanding of key elements needed to unify the two theories.

“Even though we don’t currently have a final theory able to offer a definite answer to the mechanisms underlying the final evolution of a black hole and the central singularity, there are existing theories including string theory and loop quantum gravity,” explained Dr. Batic.

By applying this assumption to the geometry of a black hole, Dr. Batic is able to demonstrate through mathematics that the same wave oscillations can be found in other classes of black holes, namely the non-commutative geometry inspired Schwarzschild black hole.

“Any unified theory will need to pass a fundamental test: it must be able to reproduce on a certain scale all predictions arising from quantum mechanics in curved space-times,” explained Dr. Batic.

The results from Dr. Batic’s research shows the mathematics does produce the same quasinormal modes in all classes of black holes. Should experimental data in the future discover the modes predicted by Dr. Batic, non-commutative geometry could be the unifier between the two major theories in physics.

Another important contribution made by Dr. Batic’s paper is the danger of using the Wentzel-Kramers-Brillouin (WKB) method – a method for finding approximate solutions to differential equations – to its full extent when unnecessary.

“WKB orders are like breaking a problem down into chunks: like trying to find 23 percent of a number,” explained Dr. Batic. “We can start by calculating 10 percent, that would be the first approximation. From there we can calculate 20 percent, and refine our approximation to get closer to the answer. Then, we can refine it even further to calculate 23 percent.”

The WKB method is used to find approximate solutions to linear differential equations with various orders of slowly changing approximation until an answer is found.

“The WKB method works up to a certain point, at which it fails,” said Dr. Batic. “By means of a sixth order WKB approximation, we show that this widely used method does not converge in the critical cases and instabilities show up at the third order.”

An instability is the point at which the method fails. Using black holes here shows the limitations of this mathematical method while simultaneously demonstrating that instabilities in black holes are an artifact of the WKB method.

“We addressed if these instabilities persist by increasing the order of the WKB or by employing different algorithmic methods,” said Dr. Batic. “Extending the WKB calculations up to the sixth order reveals that the method is not convergent exactly when the presumed instabilities occur. This forces us to turn to another reliable method to pin down the nature of these instabilities. We chose the inverted potential method by which we can assure that the instabilities are due to the inefficiency of the WKB in such cases. This teaches us an important lesson for the determination of quasinormal modes: a single algorithm is not always appropriate for uncovering them all.”