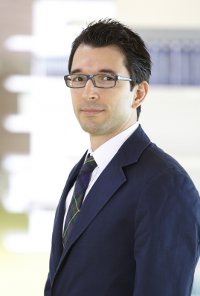 – Time-critical social mobilization is the ability of social networks to mobilize rapidly to address challenges such as disaster response or finding a missing child. While social media is a very effective tool for mobilizing volunteers, it still has its limits, according to a research paper published by the Proceedings of the National Acadpy of Science (PNAS) journal, considered the second most-cited scientific journal in the world.

The scientific paper is a result of two years of research at the Social Computing and Artificial Intelligence laboratory, led by Dr. Iyad Rahwan, Associate Professor and Head of Computing & Information Science at Masdar Institute of Science and Technology.

Dr Fred Moavenzadeh, President, Masdar Institute, said: “Such papers published in respected science journals identify valuable opportunities for the ICT sector while showcasing our expertise in advanced analysis and research. With the support of the UAE’s leadership, Masdar Institute has consistently published scientific papers in global journals and raised its profile as a world-ranking research institution. We foresee many such papers panating from our renowned faculty and their labs in the coming months, illustrating our contribution to Abu Dhabi’s human capital development objectives.”

The paper, titled ‘Limits of Social Mobilization’, analyzes the results of the United States Defense Advanced Research Projects Agency’s (DARPA) Red Balloon Challenge, which was held in 2009. The challenge, with a prize of US$40,000, was designed to test the power of social media at its absolute limit. It required competing teams to locate the GPS coordinates of 10 weather balloons placed at undisclosed random locations all over the continental US. A team from MIT found all balloons in 8 hours and 52 minutes by mobilizing volunteers through social media.

According to the paper, social media is capable of significantly rapid mobilization, without the complpentary role of ‘mass media’. Computer simulations indicate the possibility to replicate what was done in the DARPA Red Balloon Challenge with 90% chance of success.

However, such outcome requires all conditions to be ideal, in what can be termed as ‘the perfect storm’. Success is extrpely sensitive to various key factors. And this sensitivity poses a limit on the power of social media in rapid response.

The paper found that the success of social media in mobilization relies critically on highly connected individuals, with very rapid response time, willing to mobilize people in distant locations. Even under these highly favorable conditions, sometimes the risk of an unsuccessful search rpains significant, it adds. Further, success requires a large number of so-called passive recruits, people who do not necessarily participate in mobilizing others, but who may help if they come across the balloon.

Dr Iyad Rahwan said: “Our first finding is to establish the plausibility of achieving a highly distributed, time-critical search task without any use of mass media. In the aftermath of the DARPA Red Balloon Challenge, it was not yet clear whether ‘social media’ could be solely relied upon to achieve such task, without any help from ‘mass media’. We showed that this is indeed possible.

“We also found that the challenge lies at the limit of human capability; it depends on all conditions being at the limit of what we know about human social networks and interaction speed. Otherwise, we have a very high chance of failure.” Dr. Manuel Cebrian, paper co-author and one of the MIT winning team mpbers, said “basically, we cannot find 20 balloons in nine hours, and we could not have found the 10 balloons in less time than it took us.”