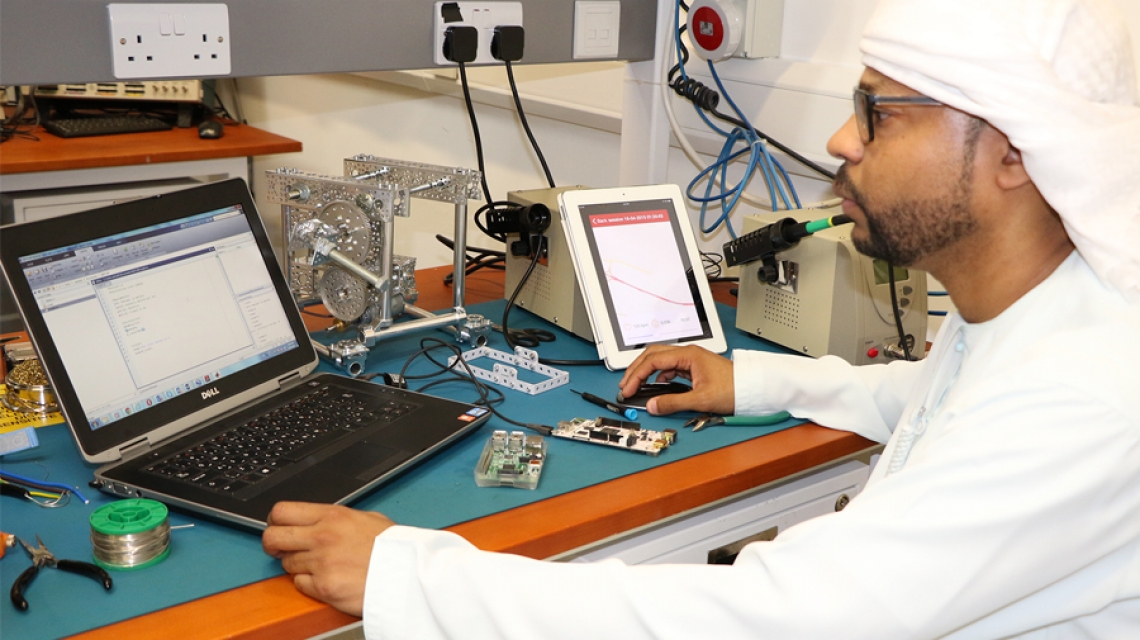 A Master’s student from the Masdar Institute of Science and Technology has capitalized on the latest technological advances in computer science and signal processing to innovate one of the UAE’s oldest and cherished pastimes – camel racing.

Recognizing the novelty and potential commercial applications of the student-led innovation, Masdar Institute has filed a provisional patent with the United States Patent and Trademark Office (USPTO) for the innovative camel monitoring system being developed by Saeed Alnofeli, an MSc student in the Engineering Systems and Management Program.

To date, the Institute has filed over 70 patents with the USPTO. Patents and inventions are considered a key measure of innovative performance within a university, company or country, and serve as a vital first step towards an invention’s commercialization. Alnofeli’s patent reflects the Institute’s concerted efforts to drive commercialization of the technology-based innovations required to advance and diversify the UAE’s key industries and sectors.

The invention is based on Alnofeli’s thesis research, titled “Customer Driven Product Development Process for Camel Monitoring System,” which is focused on optimizing monitoring systems of a training platform that can be used to improve camel training and racing.

Camel racing is part of the UAE’s rich heritage. As a centuries-old cultural tradition across the Arabian Peninsula, the UAE formalized the sport immediately after the country was founded.

Despite its popularity and cultural significance, Alnofeli believes that some aspects of the sport are a bit antiquated.

“I found some challenges in the camel racing industry, including a poor understanding of the camel’s health and how to improve camels’ racing performance, which is what motivated my research,” Alnofeli said.

Robot jockeys, which were introduced in 2004, were the first technological advance in the sport and the first step towards improving communication between camels and their trainers. Alnofeli’s camel monitoring system further improves and secures the communication between trainer and camel, by providing the trainer with information on the camel’s heart rate while it  races – information that, through Alnofeli’s proposed training system, can be used to both safeguard the camel’s health and optimize the camel’s racing performance.

In the current prototype of the monitoring system, an off-the-shelf sensor is wrapped around the camel’s body to collect data on the camel’s heart rate and speed. Through sophisticated signal processing software, the data is transmitted to a computer operated by the trainer. Alnofeli is working to develop camel-specific sensors, which will be able to track other valuable information in addition to the camel’s heart rate. He also plans to introduce tracking and recording capabilities into the software.

Alnofeli has been championing his camel monitoring system with much success over the past two years. Awarded the BP Innovation Scholarship in 2014 (a two-year, fully-funded merit scholarship awarded to graduate students in any one of Masdar Institute’s nine engineering concentrations), Alnofeli went on to win the first Khalifa Fund Technopreneur Competition, held in May 2014, and the Ibtikari 2.0 competition, held the same year.

As a result of winning Ibtikari 2.0, Alnofeli underwent a 4-month incubation program, during which he received the training, mentorship and support needed to polish his training system and turn it into a viable commercial product.

“I see the camel monitoring system as a business opportunity and I am eager to build a start-up with it,” Alnofeli said.

The Khalifa Fund and the Ministry of Economic Development, Abu Dhabi, have provided Alnofeli with financial support, which he used to develop the system’s prototype.