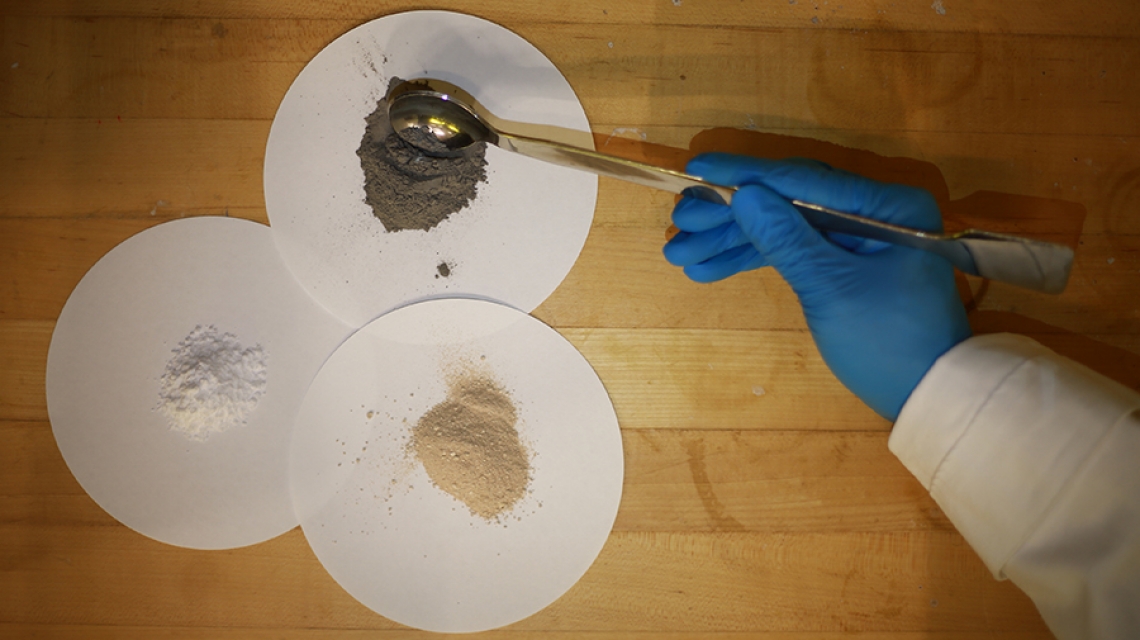 Findings from a study conducted by a Masdar Institute research team reveal that the novel carbon capture and utilization technology developed by UAE-based ENGSL Minerals DMCC (the technology partner of EnPro) could capture up to 1.3 million tons of carbon dioxide (CO2) annually, or 85% of total CO2 emitted by a typical UAE combined-cycle natural gas-fired power plant, at minimal costs.

“This is an important technology with a very good potential for industrial-scale deployment in the UAE. We are very happy with our collaboration with Masdar Institute on this environmentally-friendly process and we look forward for the continuation of this project and future related projects with Masdar institute and other industrial partners,” said Badri Ghais, Chairman of ENGSL.

“Through a comprehensive process of design modeling, economic evaluation, and experimental validation, we determined how economically feasible this technology is and we have proven that it has very high potential to be implemented on a large-scale on UAE’s combined cycle power plants,” said Dr. Mohammad Abu Zahra, Associate Professor of Chemical and Environmental Engineering.

The associate professor believes that if implemented at a large-scale, ENGSL’s patented CCU technology – which mixes sodium hydroxide with CO2 from the flue gas to create a valuable chemical called soda ash – provides a very good opportunity to lower the UAE’s greenhouse gas emissions while increasing its revenue stream from soda ash exports.

ENGSL’s CCU technology has a significantly smaller energy requirement than conventional carbon capture technologies due to its unique capture process, which converts the CO2 directly into a solid material without the need to compress the captured CO2. CO2 compression accounts for roughly 35% of the energy cost of a typical aqueous amine-based Carbon Capture system.

Dr. Abu Zahra’s team found that the energy and financial costs of operating the ENGSL capture technology on a 560-megawatt electrical natural gas-fired power plant can be further reduced and completely offset by selling the resulting soda ash for a minimum of US$18 per ton. This amount is significantly cheaper than current market value of the chemical, which is a common ingredient in glass, detergents and many other chemical industries, and has recently sold at market prices above US$200 per ton.

According to the 2015 UAE State of Energy Report, the country’s combined power generation and water desalination plants are the country’s largest CO2 emitters, accounting for one-third of the total greenhouse emissions, or roughly 65 million tons of greenhouse gases per year. Therefore, finding sustainable low-carbon solutions for the power and water sector is critically needed to reduce the country’s overall carbon footprint and achieve its sustainable development goals, as CO2 capture technologies are expected to play a crucial role in reducing the global atmospheric greenhouse gases responsible for climate change.

Evaluating the economic feasibility of ENGSL’s innovative CCU technology on the UAE’s combined-cycle natural gas-fired power plants is a critical step towards commercializing the patented technology for large-scale application and highlights the important role that cross-sector collaborations play in driving the commercialization of sustainable technologies in the region.

During the next phase of the research collaboration, ENGSL will begin to test its patented technology on a larger scale, while Masdar Institute researchers will begin experimentally examining other technological options, such as the use of fly ash, to improve the CO2 capture process.