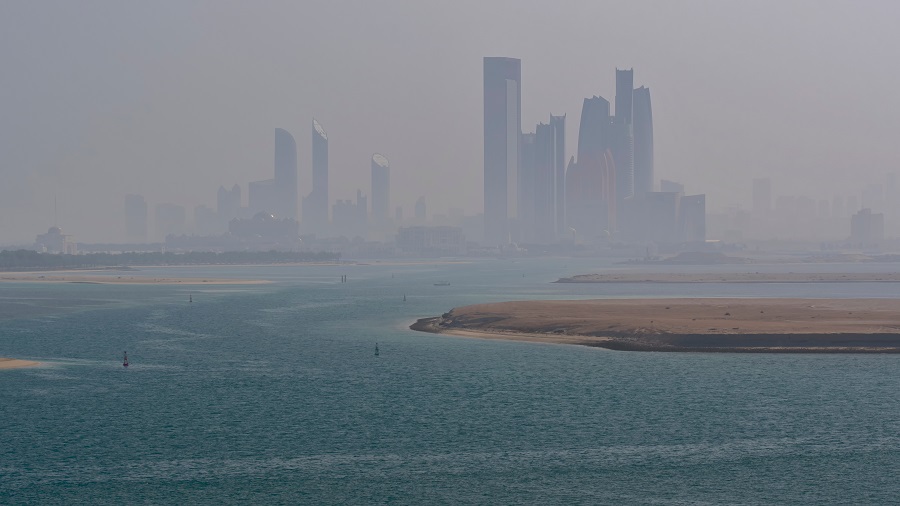 Researchers from KU’s ENGEOS Lab carried out the first fog microphysics measurements over the UAE, filling a gap in the existing studies of fog microphysics and contributing to region-specific prediction models that can help mitigate the impact that fog can have on society

Despite being a desert country, the UAE has all the necessary ingredients for fog, seeing up to 50 foggy nights per year. Dry desert conditions exist next to the warm seas of the Gulf, with moist air carried inland by the afternoon sea breeze cooled by the desert surface at night. This type of fog is known as radiation fog.

Fog can be considered a low-lying cloud; it’s a visible aerosol of miniscule water droplets hovering above the ground. This aerosol impacts visibility and can have a major impact on societal activities, particularly transportation, where low visibility can result in flight delays or create hazardous driving conditions.

“Fog microphysics characteristics play a key role in fog life cycle, radiation and visibility,” Dr. Francis said. “Measurements of fog microphysics are important to understand and improve existing model parameter schemes for more accurate fog forecasting. We carried out the first fog microphysics measurements over the UAE, where fog is a frequent occurrence in the winter months. The results from this study are the first of their kind in the region, and expected to advance our current knowledge on fog dynamics and characteristics.”

Once fog develops, it will persist for as long as moisture can continue to condense out of the air. When the condensation process is slowed by rising temperatures or other factors, the fog will begin to dissipate. Much of the fog seen in the UAE is radiation fog, but some develops via a different mechanism known as advection fog. This type of fog forms over the surrounding seas and moves over the UAE. Regardless of the type of fog, when the sun rises and warms the country in the morning, the fog dissipates.

“The stages of fog from onset, to maturation, and finally dissipation, are dependent on the complex interactions of droplet microphysics, aerosol chemistry, radiation, turbulence, and surface conditions,” Dr. Francis said. “For example, the number of fog droplets gives an indication of the number of activated cloud condensation nuclei, which is an important interaction in understanding fog onset and persistence.”

The research team collected the microphysical measurements of fog in the UAE from 28 January to 17 February 2021. These measurements are novel as they were collected at a site next to a warm water body and in an arid subtropical region. While fog microphysics have been reported for arid regions, they are normally associated with cold oceans located on the western coast of continents. The team’s results fill a gap in the existing studies of fog microphysics.

“Knowing the microphysical properties of fog helps in developing a more accurate forecast of the fog life cycle,” Dr. Francis said. “Previously, we were applying the generally known properties of fog because we didn’t have information on fog microphysics in the UAE available to us.”

Accurately predicting fog events and their duration is a challenging undertaking because fog is influenced by multiple physical processes on different scales.

To understand what’s happening during foggy periods, forecasters need to know the aerosol content and quantity in the atmosphere to determine the number of cloud droplets that will form around the aerosols.

The depth of the fog and the resulting reduction in visibility depends on the number of droplets that form, but research has shown that neither the number of fog droplets nor their shape remains constant during the different stages of the fog lifecycle.

The team’s results are useful for future work on fog harvesting as knowing the microphysical properties of fog droplets helps in the design of fog harvesting systems.  The current observations are the first part of a long-term data set on fog microphysics for this region and future measurements are planned for the next winter season in the UAE.