The ‘memimpedance’ device can control current flow in a circuit, and could make electronics like wearable sensors, flexible medical devices and biodegradable electronics more efficient

A team from Khalifa University has developed a novel electronic ‘memimpedance’ device that can act as a switch and induce tunable resistor and capacitor behavior simultaneously in an electronic circuit. 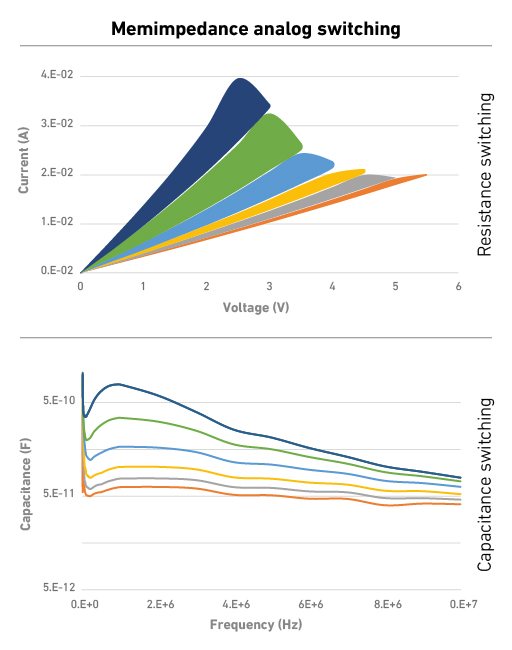 Being able to control flow of electrons, or current, in a circuit is critical to modern day computers. The need to control electron flow is what gave rise to transistors, which are at the heart of all electronics today. Transistors are three terminal electronic switches that either permit or prevent electrons from flowing from one terminal to another based on the control provided by the third terminal, which serves as a gate. Other elements, including resistors and capacitors, also play a role in regulating current flow in electronics.

Enter memristors. Memristors are resistors with memory. They were physically realized for the first time in 2008, though they were conceptualized theoretically for decades before that, and have gained popularity for their potential use in computers.  They are simpler than transistors, smaller, use less energy, can alter their resistance and “remember” the most recent resistance they had. This means they have the potential to replace silicon-based transistors and could be used to create faster, more efficient computer chips that integrate memory with logic.

Scientists have been studying and developing memristors for some time, but recently, they realized that capacitors can also behave similarly to a memristor in the form of a ‘memcapacitor’.

Dr. Heba Abunahla, Research Scientist in the Electrical Engineering and Computer Science Department at Khalifa University, and a team from the KU System on Chip Center (SoCC), developed a memimpedance device made out of silver-reduced graphene oxide-silver that can tune the resistance and capacitance behaviors in a circuit.

“Memimpedance has many advantages compared to resistance or capacitance only devices, especially its ability to tune the overall circuit impedance,” Dr. Abunahla said.

Circuit impedance measures how much a circuit impedes the flow of charge. As electrons move through a circuit, they collide with the internal structure of the conductor, which creates friction and slows them down.

The amount of resistance depends on the conductor’s material, shape and size, but conductors generally have low resistance to current. In addition to resistance, circuit impedance also considers capacitance, which is the ability of a component to collect and store electrical charge.

A device that can tune a circuit’s overall impedance would be particularly useful in applications like wearable sensors, flexible medical devices and biodegradable electronics.

Dr. Abunahla and the SoCC team successfully demonstrated that their memimpedance device would, when a suitable voltage was applied, tune the circuit resistance and capacitance concurrently.

“Using graphene-related materials as a switching material is a great asset due to their low cost and adaptability, and they are environmentally friendly,” Dr. Abunahla said.

The team’s memimpedance device has a planar structure, meaning all the atoms of the molecule sit on a single two-dimensional plane.

“Fabricating the device with a planar design boosts its potential to be deployed in sensing applications, such as wearable electronics. The planar structure allows for a bigger surface area and better interaction with the environment, which increases the efficiency of the sensing unit,” Dr. Abunahla added. 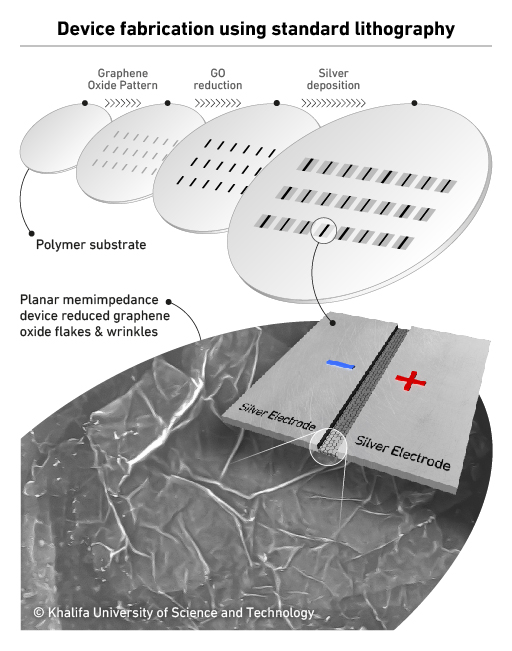 The researchers fabricated the device on a flexible polymer substrate using a lithography process. They deposited the graphene oxide directly onto the polymer substrate, then immersed it in an acid to create a thin layer of reduced graphene oxide measuring around 60 nanometers thick. They then used a standard lift-off process to pattern a film of silver electrodes onto the substrate.

They intentionally selected a polymer substrate instead of a silicon-based substrate, which is traditionally used to make memristors, because silicon-based devices pose challenges when they are stacked together to create 3D circuits.

The KU memimpedance device, however, is well suited for stacking and to produce 3D integrated circuits, which can achieve better performance than traditional 2D circuits.

Using silver-reduced graphene oxide-silver in a planar structure, fabricated on a flexible substrate using a standard production process, makes the resulting device cost-effective and deployable in flexible electronics and many other potential applications

“This work will be a great asset for tunable emerging applications, especially for communication and AI systems,” Dr. Abunahla said. 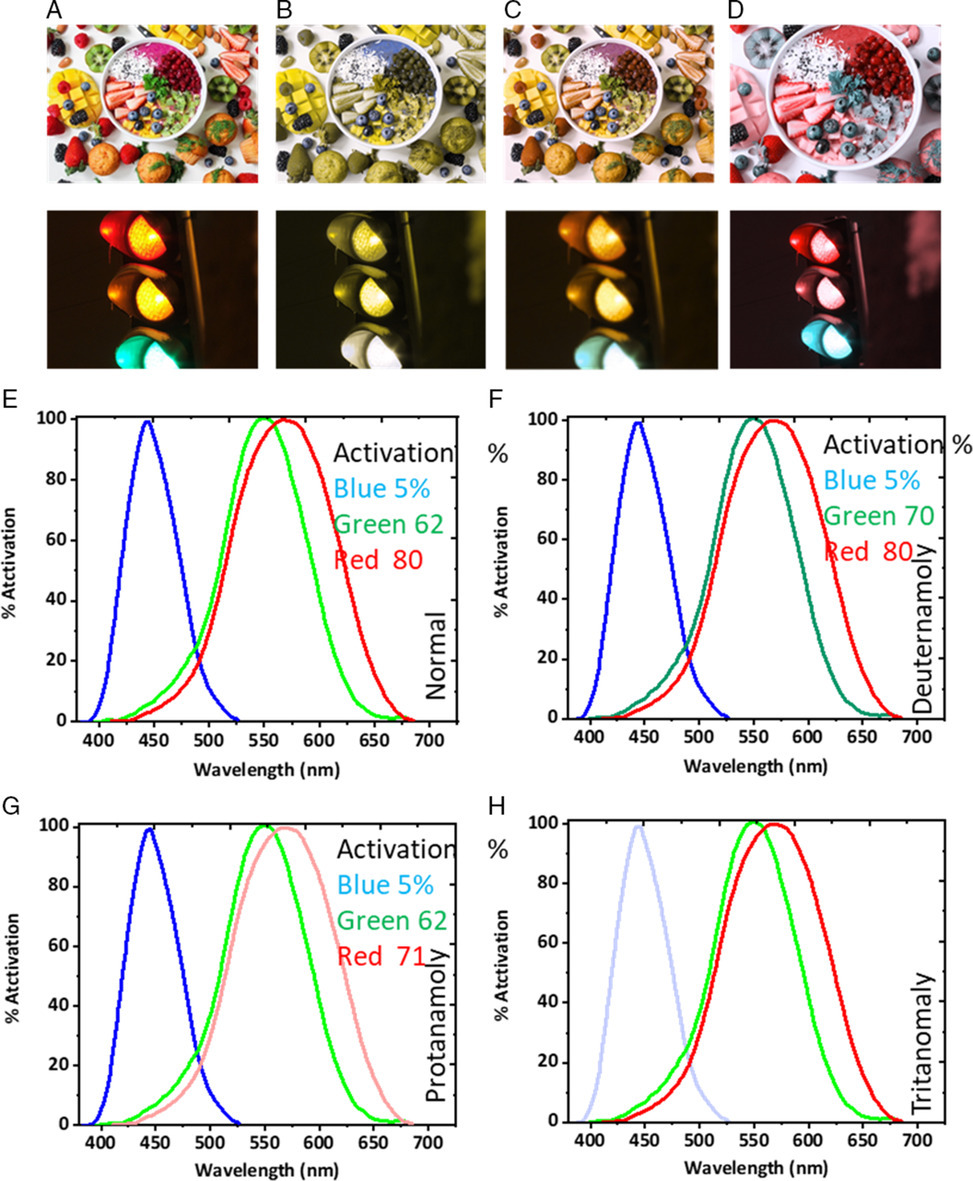