KU Closes Out 2018 with Diverse Achievements 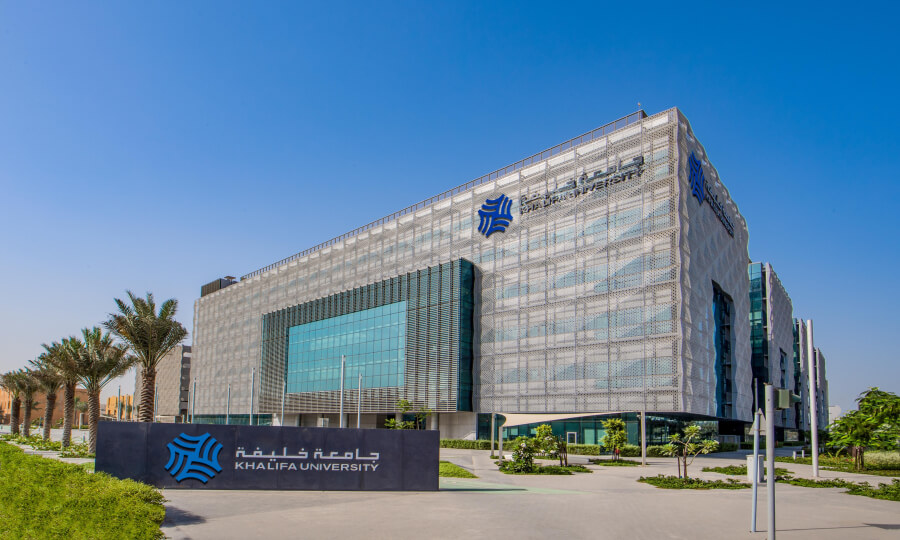 The university closed the year a win in the Pride of Zayed Award 2018, where it was recognized with the UAE Pioneers Award for being the national hub for scientific research and introducing meticulously planned programs that meet the employment market requirements in Abu Dhabi and the UAE.

In terms of global rankings, Khalifa University ranked among the top 200 academic institutions worldwide according to the Times Higher Education (THE) 2019 World University Subject Rankings placed it in the 176-200 band for ‘Engineering & Technology’. The university already tops the categories of ‘Research’ (score at 29.1) and ‘Industry Income’ (perfect score of 100). At the same time, the 2019 Quacquarelli Symonds (QS) ‘Top 50 Under 50’ rankings placed Khalifa University top not only in the UAE but also in the Middle East and North Africa (MENA) region. In addition, it is ranked 33rd in the listing of the world’s top young universities.

Dr. Arif Sultan Al Hammadi, Executive Vice-President, Khalifa University of Science and Technology, said: “Over the year, our faculty and students have contributed significantly through publishing technical research papers at various conferences, paving the way for the university’s rising status in global academic rankings. By continuously driving research and innovation in all economic fields, especially in the UAE’s strategic sectors, Khalifa University remains a key contributor to not only scientific development but also in the creation of intellectual and human capital for the country and the region. In the coming years, we aim to further intensify our efforts and achieve milestones that will contribute to the UAE’s drive towards transforming itself into a knowledge-based economy.”

Khalifa University also launched its first CubeSat designed, developed,and built by its students, the MYSAT-1,to the International Space Station (ISS), from where it will be released into its orbit soon.

The university also announced the launch of the second edition of the Mohamed Bin Zayed International Robotics Challenge (MBZIRC), which contributes towards KU’s commitment to promoting and rewarding new concepts, particularly in robotics and artificial intelligence as smart city solutions.

The KU College of Medicine and Health Sciences was also announced in 2018, which will begin functioning from Fall 2019,marking the next stage for Khalifa University’s expanded academic offerings. A Pre-Medical Bridge program has already started preparing students for the medical degree as of Fall 2018, which is also when KU launched its new BSc in Chemistry.

The 2018 year also saw the roll-out of the new branding for Khalifa University of Science and Technology to represent its new augmented mission and vision, incorporating the UAE’s three major science and technology universities, which were merged in February 2017.

The university’s major output for 2018 was more than 1,000 graduates, who received their degrees in a two-phased graduation that covered students all three campuses.

KU also debuted first sports bicycle manufactured in the UAE with 3D printing and composite materials, through a joint funding from Khalifa University, Abu Dhabi Sports Council and Mubadala’s Strata Manufacturing, and developed at the Aerospace Innovation Research Center (ARIC) was another key highlight of the year.

The 3D manufactured bicycle was just one of many novel IP achievements from KU in 2018. At present, the university has more than 70 patents and 219 invention disclosures and was the single biggest contributor to the UAE’s total number of patents in 2017, having registered approximately 30.3% of the total registered for the UAE that year.

Besides the academic and research endeavors, Khalifa University also puts emphasis on nurturing talented youth and supporting them in their higher studies through various scholarship programs. One such program is the Buhooth Scholarship Program that offers Master’s and Doctorate scholarships to UAE Nationals with the aim of promoting graduate studies and research, as well as developing specialized human capital. Vindicating the beneficial nature of the Buhooth scholarship program, students have proved their determination in bringing more laurels to the university.

Within the UAE, more than 400 students interned with various government and private sector organizations for a minimum of eight weeks during the summer in 2018.

Key external collaborations achieved by KU in 2018 included the Joint Innovation Laboratory of Artificial Intelligence for Clean Energy (“The Lab”) with Alibaba Cloud, the inauguration of the Secondary Standards Dosimetry Laboratory (SSDL) of the Federal Authority for Nuclear Regulation (FANR) at the Main Campus premises, an MoU with National Research Council of Science and Technology (NST) of Korea to further expand a Korea-UAE science and technology collaboration, and another MoU with the Korea Advanced Institute of Science and Technology (KAIST) to establish a research collaboration program and help build skilled human capacity.