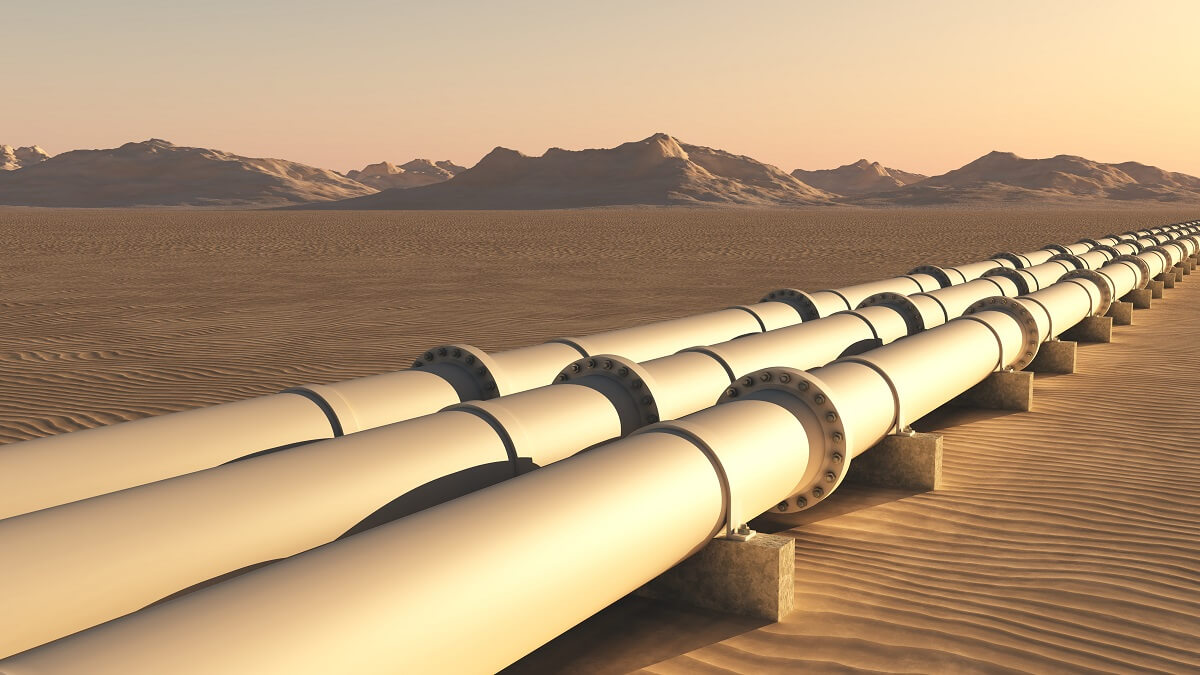 Global energy consumption is on the rise, driven by a robust global economy and higher heating and cooling needs in some parts of the world. This increase is led by the demand for natural gas, which accounts for nearly 45 percent of the increase in total energy demand. Transporting gas from the well to the consumer requires a journey of miles of pipelines that need to be maintained in excellent condition.

In a paper presented at the 2019 Abu Dhabi International Petroleum Exhibition and Conference, Vidya Sudevan, Research Assistant at Khalifa University, introduced an autonomous robotic inspection system (ARIS) as a solution to the currently expensive and time-consuming process of gas and oil pipeline inspection and maintenance. Sudevan collaborated with Dr. Hamad Karki, Arjun Sharma, and Vishnu Bhadran also from Khalifa University, and Amit Shukla from the Indian Institute of Technology in Mandi, for this work.

“Middle Eastern countries have the most complex and extensive oil and gas pipeline network in the world and are expected to have a total length of more than 24,000km of pipelines by 2022,” said Sudevan. “Routine inspection and active maintenance of these structures is therefore high priority in oil and gas operations.”

Since oil and gas pipelines are an important asset to the economy of almost any country, the safety of these pipelines, both intrinsically and to the surrounding population and environment, is of paramount concern. Various technologies and strategies are implemented to monitor pipelines, from physically walking the lines to satellite surveillance.

Pigging is the current internal inspection method, and uses devices known as pigs or scrapers to clean and inspect the pipeline without stopping the flow of the product. This is expensive and time-consuming and requires strict adherence to pre-installation procedures, while external inspections are conducted manually by a group of operators who traverse the buried pipeline structures. The data collected along the pipelines is then analyzed manually to identify and locate any possible anomalies, which leads to potential discrepancies in accuracy depending on the experience of the operators. This kind of inspection is a tedious task, compounded by extreme environmental conditions such as the high temperatures and uneven terrain across the region.

“In Abu Dhabi, many oil and gas facilities are still using infrastructure that is at least four decades old to carry expensive and sensitive fluids through metallic pipes,” explained Sudevan. “But unfortunately for such aging and vulnerable pipes, there is no way of externally inspecting them for various defects creeping in. These pipes are subjected to extreme weather conditions and may have not been inspected for a long time, which can lead to unexpected failures causing loss of revenue and environmental pollution.

“The current inspection procedures in use are expensive and somewhat inefficient. Buried oil and gas pipelines that are exposed to severe environmental conditions will be adversely affected by corrosion, erosion, cracks, joint-failures and shock loading, to name a few.”

In the UAE, oil and gas pipelines are mostly buried under a berm, a raised trapezoidal structure made up of sand over the buried pipeline structure. Pipelines are generally laid underground to avoid temperature fluctuations and reduce the expansion and shrinkage that can occur in the metal. They are also shielded from ultraviolet rays, photodegradation, airborne debris, electrical storms, natural disasters, the flora and fauna of their surroundings and accidental damage or intentional sabotage. However, their routine inspection is still vital to their operation.

“Among Middle Eastern countries, the UAE alone has roughly 9000km of pipelines,” explained Sudevan. “Out of these, almost 90 percent is buried under the berm, around 2 to 3 metres underground for safety, economic and environmental reasons.”

To obtain information about the integrity of the pipeline, the exact location of the buried pipeline needs to be known beforehand. A precise buried pipeline locating device is therefore a critical component of any ARIS. In the UAE, pipelines are buried under the berm as either a single pipeline in the middle of the berm or as two pipelines buried on the two edges.

“The challenges in the current manual inspection methods can be tackled by using a robotic platform equipped with various sensors that can detect, navigate, and tag the buried oil and gas pipelines,” explained Sudevan. “An autonomous robotic inspection system would offer the ability to locate, inspect and navigate the buried pipeline structure above the ground without any failure even in the most extreme situations.”

Inspection robots are used in the oil and gas industry already, and help reduce human intervention, increase operational efficiency and improve safety. However, autonomy would automate the process of externally inspecting and geo-tagging the buried pipelines as an autonomous mobile platform would have the ability to identify the target, navigate along the pipeline structure, inspect the structure and geotag it. Automation of this process would result in more comprehensive and efficient inspections, especially in potentially dangerous inspection sites, while also negating the need for breaks.

However, this autonomous robotic inspection system would need to detect and inspect pipeline structures from the surface irrespective of the terrain.

The robotic system used by Sudevan and team involved the Husky A200, a rugged, 4-wheel drive all-terrain unmanned ground vehicle, equipped with various non-contact sensors to perform the autonomous inspection and tagging operation. A target detection sensor determines the location of the pipeline while ultrasonic sensors continuously monitor the distance between the berm and the vehicle. 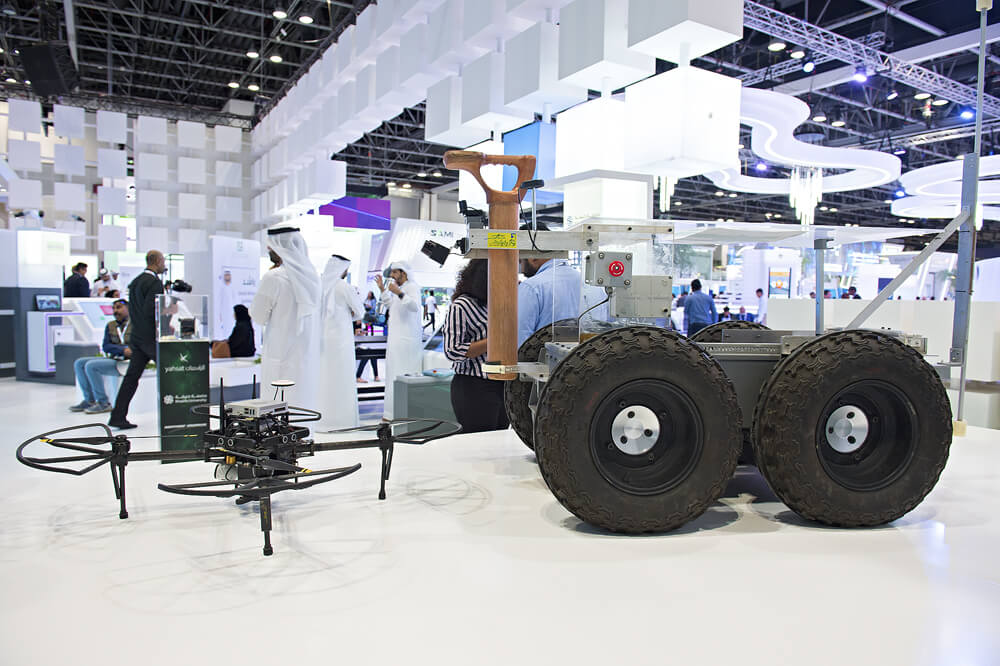 The team developed a hierarchical controller based on this data for the ARIS to autonomously detect and track the buried pipeline structure in any extreme condition without any fail or skid. The hierarchical controller generates required velocity commands which it feeds to the vehicle controller to navigate over the berm. When the pipeline is buried in the center of the berm, these commands suffice, but when the pipeline is buried on the extreme edge, and the vehicle is at risk of toppling over, a further Sliding Mode Controller (SMC) generates the required angular velocity to navigate the ARIS safely over the berm.

Based on its pipe locator-based tracking controller and its ultrasonic-based anti-topple controller, the hierarchical controller performed well under experimental conditions, showing the ability of ARIS to detect and track buried pipelines and navigate along the berm without failure. The advanced control algorithm is under development for even better tracking accuracy in extreme conditions and a real field test will be conducted to validate the results.

“This research will help the Abu Dhabi National Oil Company (ADNOC) develop its own reliable tool for the continuous inspection of its buried oil and gas pipelines,” said Sudevan. “Since complete development is done at the research facilities within Khalifa University, it will be very cost effective and any new inspection tool can be customized according to the needs of the various ADNOC operations.” 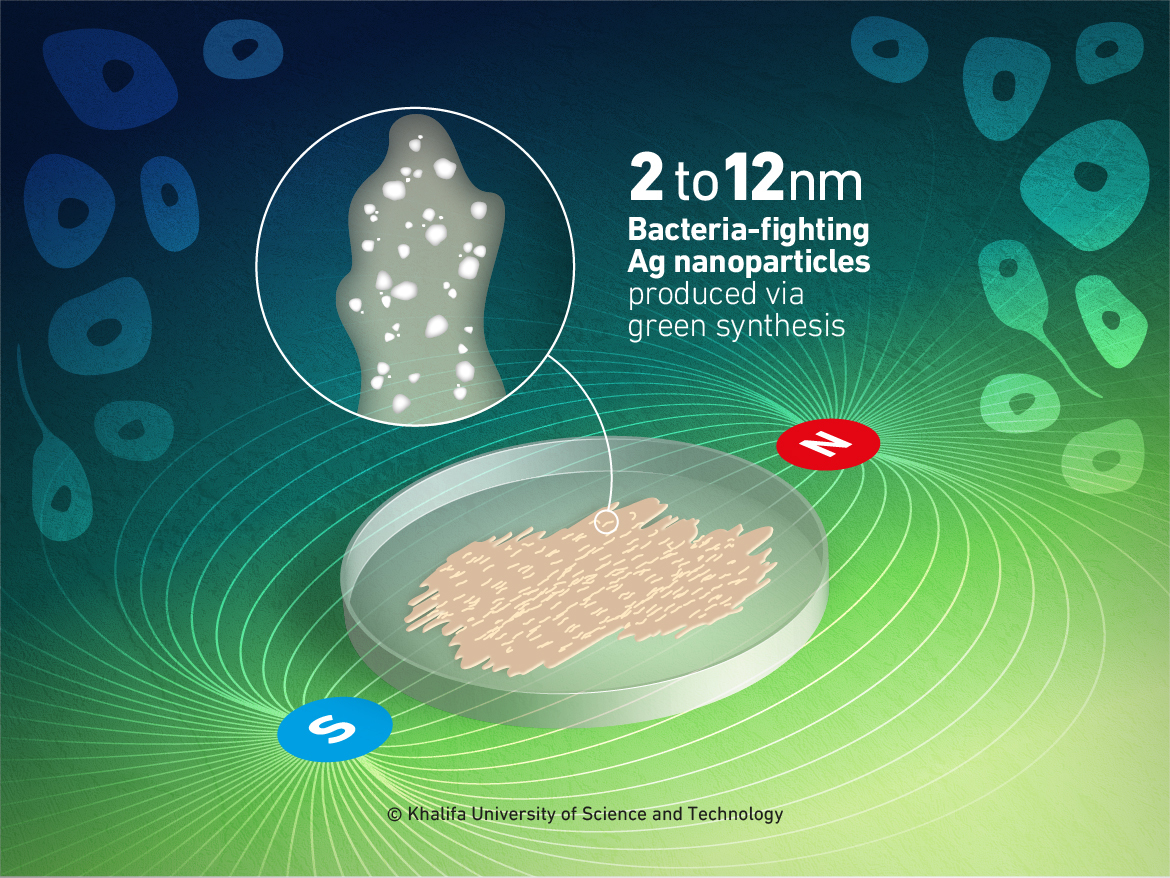 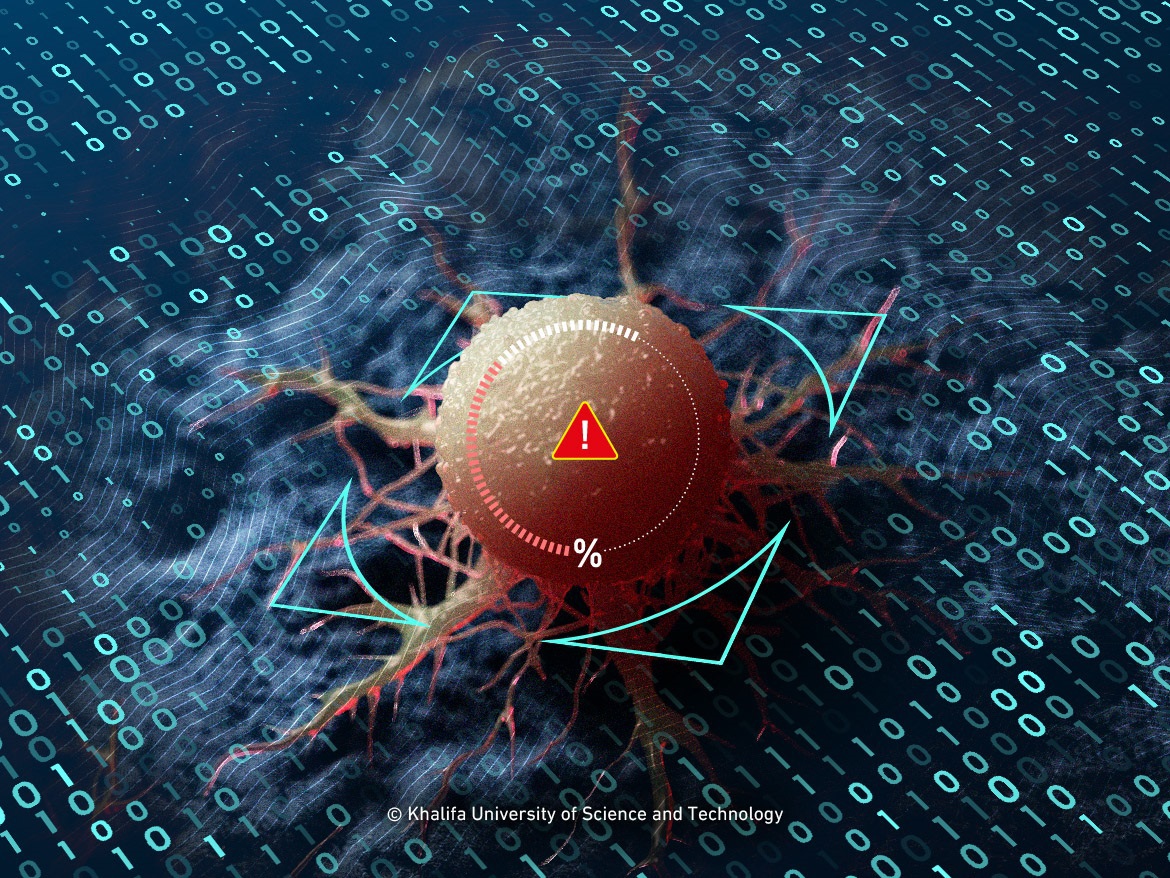