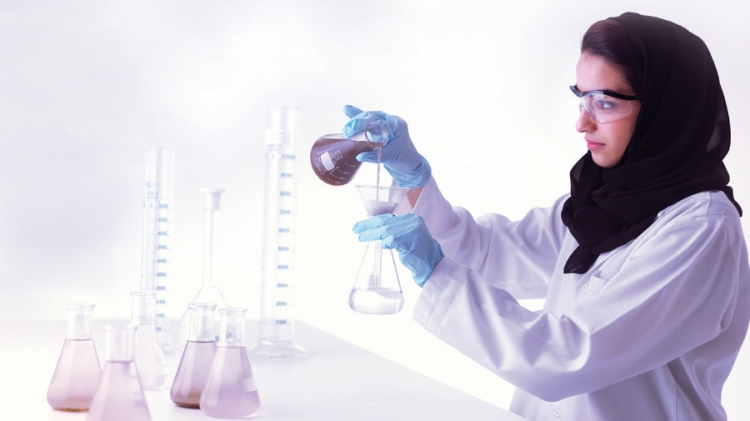 Although the UAE’s share of women in higher education is among the highest in the world, and growing, the percentage of women who study and work in the fields of science, technology and engineering is, as in most other countries, still quite low compared with their male counterparts.

While almost three quarters of male Emirati students are enrolled in engineering, most Emirati women study the social sciences, arts or business administration. Considering the UAE’s goal of transforming itself into a knowledge economy, that is a major liability.

The country has undergone great changes in the past five decades, and its people have similarly experienced an amazing evolution. Now that Abu Dhabi is on the path to becoming a knowledge economy, the time has come once again for its residents to adapt.

By putting themselves on the cutting edge of science, technology and engineering – and more specifically, the energy sector – the women of the UAE can become pioneers and innovators not only in their own society, but for the global community as a whole.

Doing so won’t be easy. The UAE has begun the process by offering, at universities such as the Masdar Institute of Science and Technology, the advanced teaching that will transform students into scientists and engineers.

But it is not as simple as “if you build it, they will come”. While the Masdar Institute boasts a relatively high female enrolment – 37 per cent – that is not enough.

Half of the higher education students in the UAE are women, so ideally at least half of all science, technology and engineering students should be women.

With a team of researchers at Masdar Institute, I have been working to identify the obstacles in the way of achieving that level of enrolment.

We recently published a report entitled “Expanding Women’s Participation in Science, Technology and Engineering: A UAE Case Study”, based on a comprehensive survey of more than 2,600 female students from 17 campuses across the nation.

Some of its conclusions were picked up by the media, especially the keenness of Emirati women to study science in order to contribute to their country.

But some of the report’s less obvious messages were neglected. In advance of a seminar on clean energy education and empowerment, known as C3E, which will take place on Wednesday at the Clean Energy Ministerial in Abu Dhabi, I’d like to share some of the critical lessons learnt from our research – lessons that can help all of us inspire Emirati women to achieve their full potential.

First, young women often get their inspiration and confidence from their social circles, seeking advice from their extended family, their friends and their parents.

When making career choices, young women usually rely on their families and on peers, as well as professionals working in their field of interest.

A girl’s mother has more influence on her education choices than her father, regardless of how educated the parents are – although the difference is diminished when both parents have a bachelor’s degree or more advanced degrees.

Once married, women usually turn first to their husbands for advice and guidance. However, Emirati women who have a female relative working in the science or technology field are twice as likely as those who do not to view those career fields as viable alternatives. And that ability to inspire is not limited to relatives – young women see female scientists and engineers in general as role models.

This is heartening; the more women there are in science, technology and engineering, the more will follow in their footsteps.

And while this may place a responsibility on the women already in those fields to reach out to their young sisters, it also suggests that each of us can help inspire Emirati girls to study science, technology and engineering by celebrating, respecting and supporting the women who went before them.

Parents, aunts, uncles and friends all have a role to play, as does the media, which needs to do more to publicise the amazing work being done by female scientists and engineers in the Gulf and around the world.

Dr. Georgeta Vidican is an assistant professor in the Masdar Institute of Science and Technology’s engineering systems and management programme and a lead author of Expanding Women’s Participation in Science, Technology and Engineering: A UAE Case Study.
http://www.thenational.ae/news/uae-news/technology/inspiring-and-guiding-the-uaes-young-women-into-science-and-engineering