How ‘smart dust’ could save lives 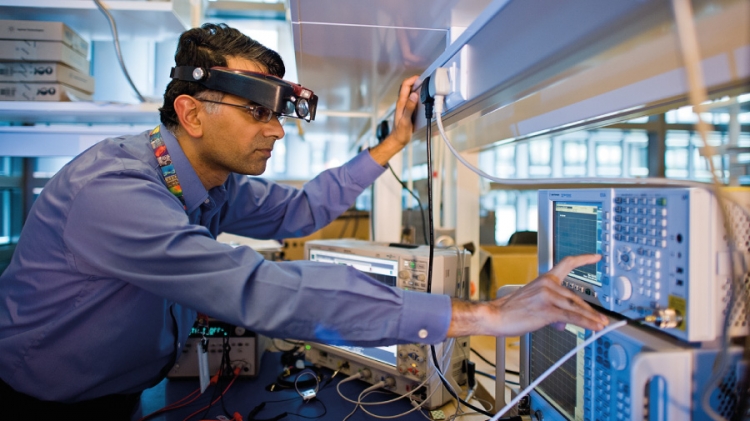 There are sensors everywhere. On your body, and in your clothes, telling your home if you’re tired, hungry, or happy. Throughout the house, the sensors create an intelligent and adaptive environment.

But this intelligent house has no single “brain”, no hub where all the information is gathered and processed, and which issues instructions to all the various devices that adapt the environment around you.

Instead, the intelligence emerges from the fluid interconnection of these devices, with information processed in a distributed fashion. This kind of processing network stands to create amazing new possibilities.

We’ve already seen the power of networks as the internet has connected people and ideas, allowing whole new ways of getting things done.

Now a similar principle is on the verge of transforming the environment around us: our homes, cars, offices, gyms, and towns.

Liquid networks are in fact fundamental to any thriving system – as Steven Johnson notes in his book Where Good Ideas Come From: The Natural History of Innovation – from the explosion of biological innovation in the Indian Ocean that puzzled Charles Darwin to the success of human societies and organisations that promote the flow of ideas rather than a rigid hierarchy.

Technically, though, creating a liquid network environment for the home or office is quite a challenge. Researchers at the Masdar Institute are now studying this problem, looking not only at ways of transmitting vast amounts of information, but also minute amounts from sensors that can be thought of as such “smart dust”.

One challenge is transmitting video signals from smart phones or tablets to displays that cover entire walls – an immersive video environment somewhat akin to a 3D IMAX cinema.

This kind of immersive experience requires enormous resolutions and frame rates – and consequently a huge amount of data.

Current wireless standards – the wifi in your laptop – can’t even nearly touch it. They operate at relatively low frequencies, below 6GHz, where there simply isn’t enough bandwidth to transmit such vast amounts of information.

Fortunately other parts of the electromagnetic spectrum might. Lying between the electrical and optical realms, they are known as millimetre-wave and terahertz bands.

The trouble is that at these frequencies, even the most advanced transistors run out of steam eventually. Optical transmission could work in theory, but the technology just isn’t there yet.

There are physical hurdles, too – not least the fact that these waves are absorbed by both oxygen and water, making it tricky to get them across a room.

At the Masdar Institute, we are developing new types of transceiver – devices that both receive and transmit signals – to mitigate these problems. That way, we hope to help unleash this bandwidth.

At the other extreme of bandwidth, researchers are investigating ways of embedding sensors in clothes and bandages to collect vital information about the health and wellbeing of the person wearing them.

The problem here is such sensors need to operate without batteries.

Instead, they must harvest tiny amounts of vibrational or thermal energy from the surrounding environment, in a process similar to that used by mechanical wristwatches.

This energy allows the sensors to process the information they collect and transmit small amounts of relevant data between each other and a “hub” device – a smartphone, for example.

This data could be used to help us eat, exercise and sleep better.

It might even help predict the onset of serious health problems, thus saving lives.

Such sensors operated by harvested energy could be deployed everywhere. Researchers at the University of California, Berkeley have even coined two fascinating terms for its component parts: “smart dust” and, “the swarm”. It is projected there will be more than a thousand such sensors per person.

While this will certainly create an environment completely different from what we know today, it also creates amazing opportunities for Abu Dhabi as it pushes into the field of semiconductor manufacturing to secure its post-oil future.