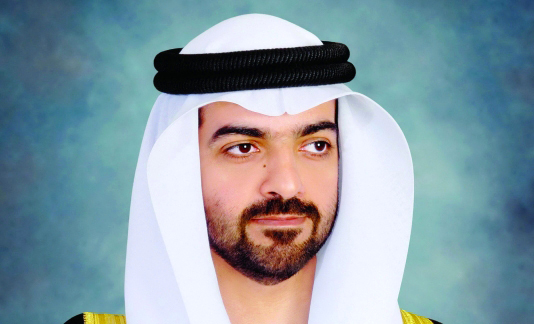 His Highness Sheikh Hamed bin Zayed Al Nahyan, Member of the Executive Council of the Emirate of Abu Dhabi and Chairman of the Board of Trustees of Khalifa University of Science and Technology, witnessed the launch of the Khalifa University autonomous vehicle (AV), the UAE’s first driverless, autonomous 12-seater shuttle that will transport students and staff around the Sas Al Nakhl Campus, and the signing of an AED170-million operating agreement for the Emirates ICT Innovation Center (EBTIC) by the three founders Khalifa University, Etisalat, and BT (U.K.), in addition to UAE’s Telecommunications and Digital Government Regulatory Authority (TDRA).

Khalifa University has thus become the first university in the UAE to deploy an AV on campus that can also run in ‘real environment’ off campus, bringing smart sustainable mobility to the community and contributing to the UAE’s sustainable development initiatives.

The driverless and 100% electric shuttle is one of the first-ever autonomous vehicles to be deployed in the UAE in a ‘mixed traffic mode’, as it can drive on the road with other cars. The environment-friendly shared transportation solution will also provide a research and development platform to  faculty and researchers at the Khalifa University Center for Robotics and Autonomous Systems (KU-CARS), to investigate autonomous driving in challenging scenarios. With around 50 researchers and state-of-the-art laboratory facilities, KU-CARS provides a vibrant multidisciplinary environment for conducting robotics and autonomous vehicle-related research and innovation.

His Highness Sheikh Hamed said: “The autonomous vehicle at Khalifa University’s SAN Campus reflects the University’s commitment to contribute to Abu Dhabi’s Vision 2030 targets towards creating a knowledge economy, and making Abu Dhabi a world hub of research and development. It also contributes towards driving innovation while creating knowledge and human capital. Congratulations to the faculty, researchers and student engineers who have done a commendable job by making us proud of such an achievement by a local university in the UAE.”

During his visit, His Highness Sheikh Hamed met with students from ‘Al Nokhba’ program, who are also members of National and Reserve Service, in the presence of  His Excellency Brigadier-General Obaid Ali Al-Mansoori, Director of the Directorate of Information and Corporate Communication, National and Reserve Service Authority, discussed research projects related to autonomous shuttles, and then took a group photo with the UAE Military trainees.

After the launch, His Highness Sheikh Hamed travelled in the driverless AV between various buildings within the SAN Campus.

His Highness Sheikh Hamed also visited the Khalifa University Center for Autonomous Robotics Systems (KU-CARS) at SAN campus, which includes the shuttle’s operations room. He  showed keen interest to learn more about the safety and security features of the AV, vehicle tracking techniques, the surveillance camera network system and other features of the Khalifa University AV. Dr. Lakmal Seneviratne, Director, KUCARS, and Dr. Jorge Manuel Miranda Dias, Professor, Electrical Engineering and Computer Science, offered His Highness Sheikh Hamed an overview of the entire project. Later, His Highness Sheikh Hamed visited the Autonomous Vehicles Lab to know more about future plans including a project to fulfill conditions for driving the shuttle without an operator, the SAN Campus simulator, and the simulator platform to design new algorithms.

The Khalifa University AV can detect and avoid potential obstacles thanks to the onboard sensors, Light Detection and Ranging (LiDAR) cameras, GPS, odometry and inertial measurement units. The shuttles are also equipped with onboard Wi-Fi communications to capture data generated during operation. The shuttles run safely and effectively in a wide range of environments, including varying traffic conditions such as segregated roads, mixed traffic with bicycles and pedestrians, mixed traffic with low-speed cars, as well as changing weather conditions. 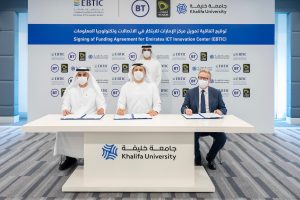 Saleh Sayed Ahmed, Vice-President, Digital Services and Customer Experience Division of Technology, Etisalat and a Senior Management Board member of EBTIC, said: “Etisalat is delighted to support EBTIC in driving advanced intelligent systems technologies’ innovation for the Next Generation Networks (NGNs) and NGN-enabled ICT applications and services. As a pioneer in 5G and a great enabler of technologies, Etisalat has always embraced the latest technologies through its strategy of ‘Driving the digital future to empower societies’. We look forward to strengthening our relations with EBTIC and contributing to the next level of development by playing a greater role in the digital lives of researchers, consumers and enterprises.”

Paul O’Brien, AI, Service, Security and Operations Research Director, Applied Research, BT, said: “We’re delighted to continue BT’s involvement in EBTIC for its third phase of operations. EBTIC has proved to be a very successful joint initiative with our close partners, Etisalat and Khalifa University. BT has a long-standing commitment to the Middle East and we’re pleased to continue to build the richness and diversity of BT’s research and innovation capabilities in the region. We look forward to another five years where we are sure EBTIC will continue to go from strength to strength.”

Since 2009, EBTIC has consistently driven innovation in advanced intelligent systems. In June 2021, SPL Solutions, a platform developed by EBTIC, won awards in the Best Cloud Automation Tool and Best Use of Automation categories at the prestigious 2021 Artificial Intelligence (AI) and Machine Learning Awards in the UK. The technology is currently undergoing commercialization as a start-up in collaboration with Khalifa Innovation Centre (KIC). 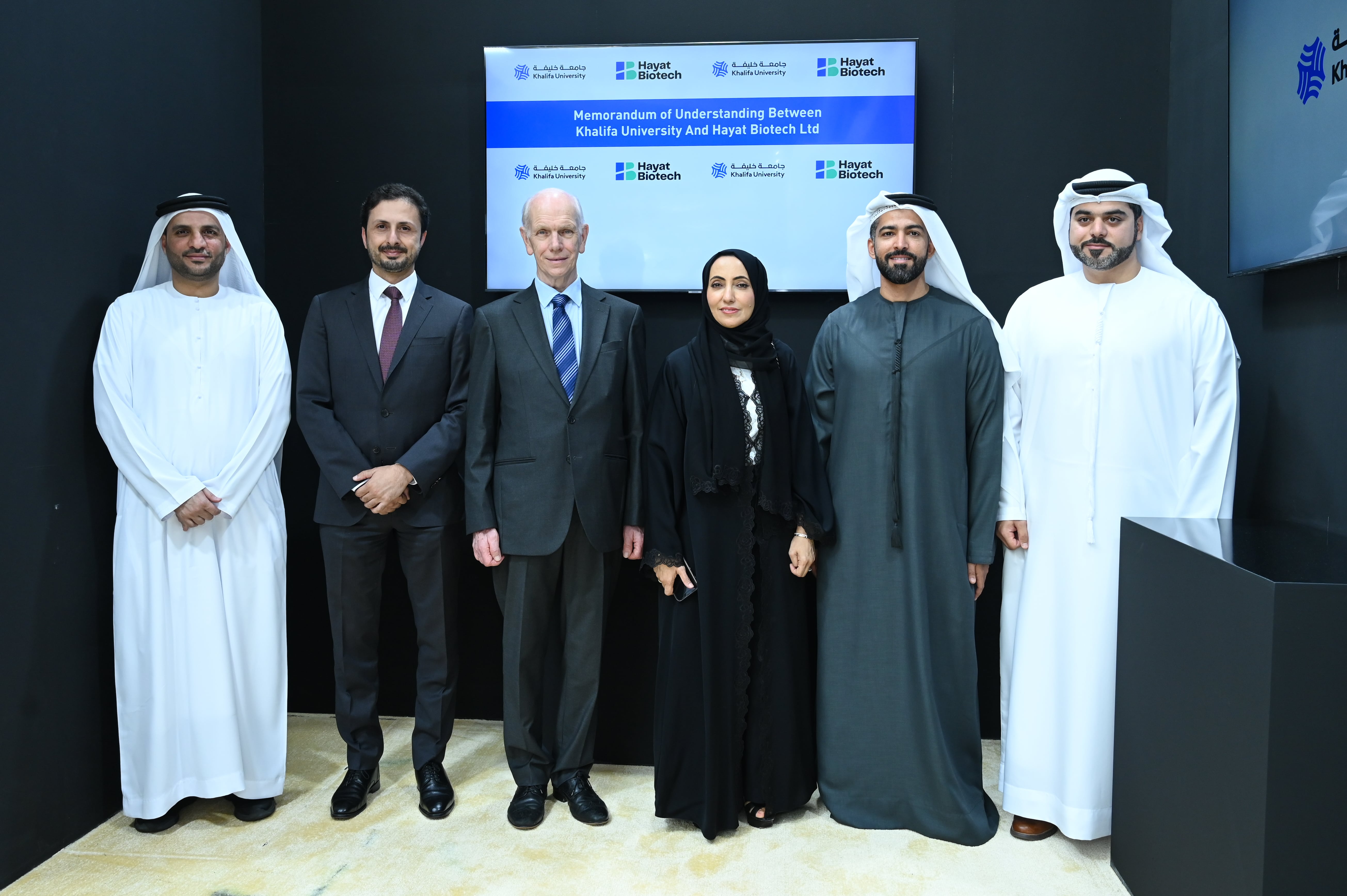 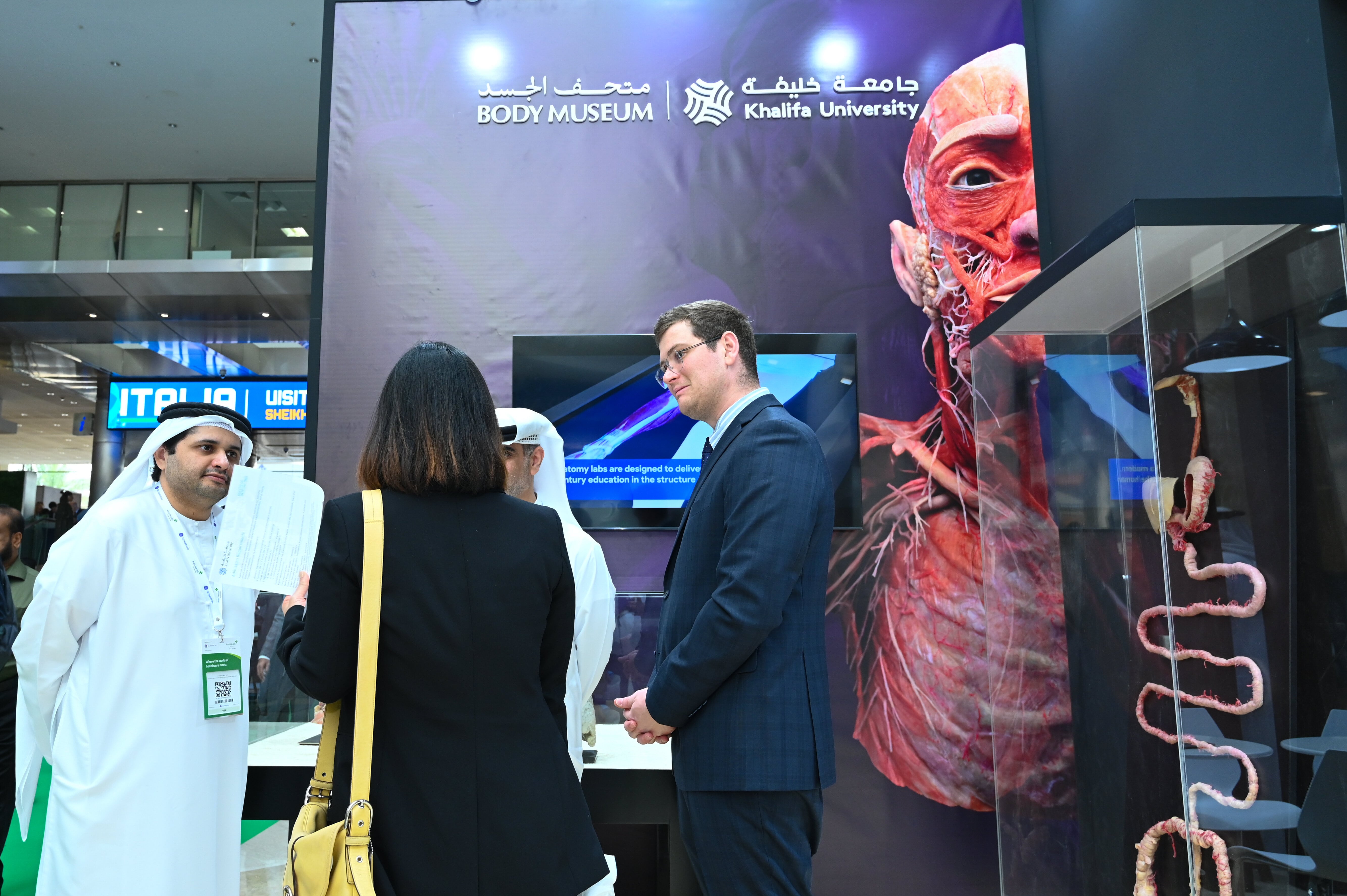 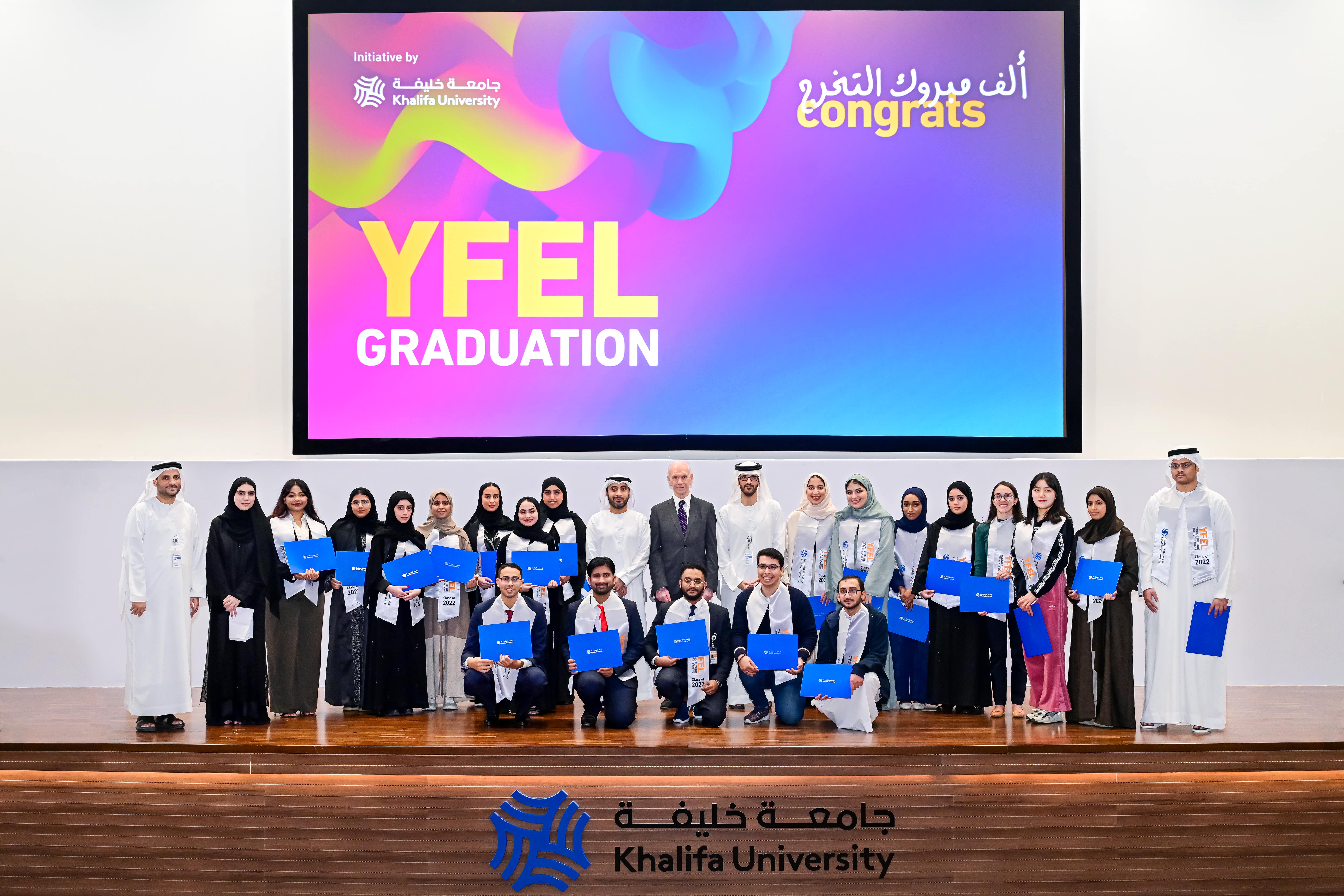 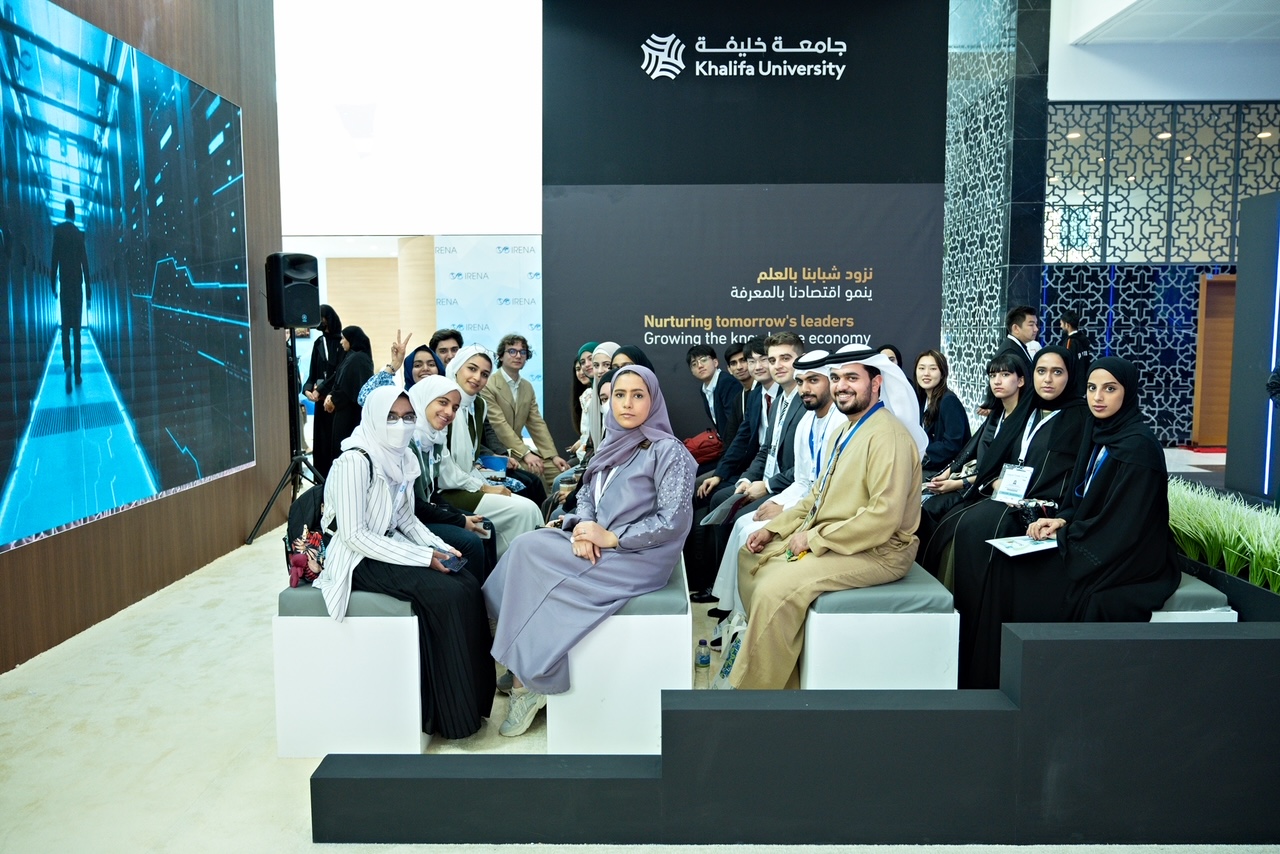