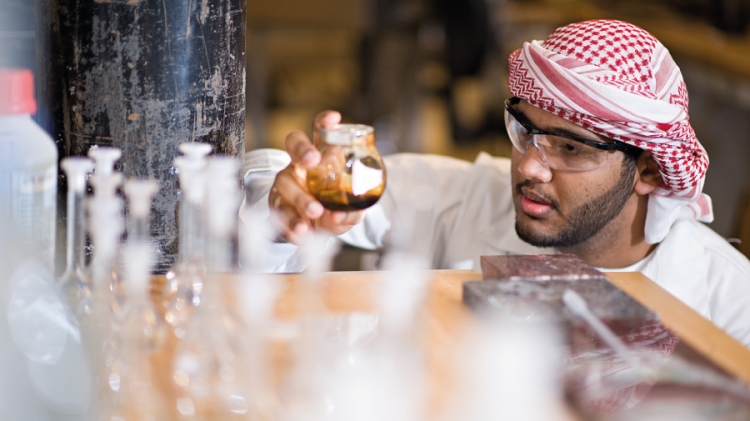 In an inspiring speech at the recent TEDx Ajman, the columnist Khalid al Ameri pointed to the alarming dropout rate at Emirati high schools – one in four boys and one in five girls.

That brought to my mind another teacher who casually mentioned that from his own observations in the UAE, children who otherwise seemed to hold back were transformed into leaders when placed in team settings with a clear project objective.

This leads to the obvious question: how can we help lagging students rise up and meet their potential before they are so lost to education that they drop out?

It is a challenge many are working to address, just as developed economies try to reverse the flight away from maths and science.

The success of initiatives such as the Masdar Institute is absolutely dependent on finding enough students who are not only talented – of whom there is no shortage in the UAE – but also trained and proficient in the rigours of maths and science. Without them, we have no purpose as educators.

The slow, difficult process of adapting the education system and the maths and science culture has been under way for some time. Beyond the Government setting standards, checks and incentives, there have also been some remarkable efforts from others to help inspire young people.

That is why the Masdar Institute has launched its Young Future Energy Leaders programme, which exposes talented and ambitious young people to the energy sector, its leaders and its dialogues.

Such programmes, which provide young people with hands-on practical experience, are extremely effective in teaching. Experience is worth a thousand memorised facts.

Similarly, for the critically important high-school population, the World Robot Olympiad that was tried out last year by the Abu Dhabi Educational Council shows fantastic potential.

Also aimed at that age group is the Lego League, a worldwide robotics tournament that could serve to excite, involve and motivate the nation’s youngsters to pursue maths and science

Organised by the For Inspiration and Recognition of Science and Technology (First) group, these events are an annual, worldwide robotics competition intended to show that science, technology and problem-solving can be exciting and rewarding.

This effect is not simply a conjecture. Data from Norway, where First Scandinavia has been organising tournaments since 2000, showed a tangible increase in enrolment in science and engineering education, especially among girls.

Not only did it reverse a downward trend, it actually increased enrolment by 17 per cent in a decade. And the proportion of women in science rose from 27 per cent in 2000 to 32 per cent in 2010.

These successes were a result of a concerted attempt by the Norwegian public and private sectors to promote innovation, with hands-on education at the heart of it.

The World Robot Olympiad, a sister event to First, was held in Abu Dhabi in November. We believe Abu Dhabi and the UAE should make such events a regular fixture, and lead the Gulf region in winning young hearts and minds for science.

The Masdar Institute and its professors should surely support such efforts, as will industrial leaders that rely on the engineering excellence of the young Emirati workforce, such as Adnoc, Mubadala, Adewa, Emal, Enec, Atic and Etisalat. Their support is critical for the UAE’s First Lego League to take shape.

With that, and more events like it, we hope that more of the nation’s young people will be able to experience first hand the amazing potential of science and advanced studies.

If we can save just one child from dropping out and inspire them instead to become one of the scientists, engineers or technicians that the nation needs, we will have done something of real benefit to the country and its people.