Exploring how to sanitize ballast water 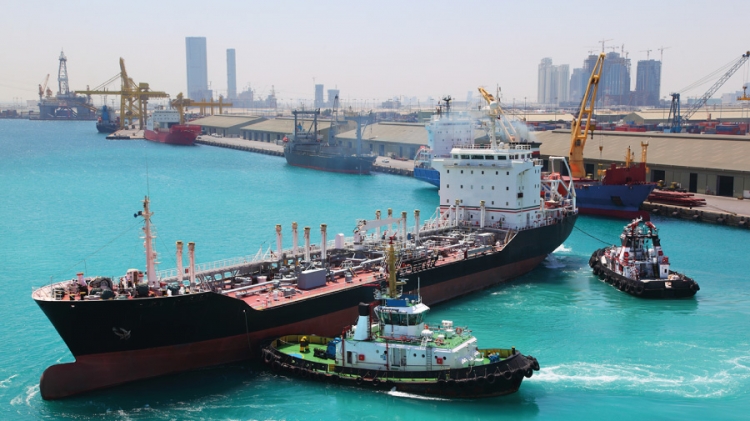 The Arabian Gulf is host to some of the most intensive tanker traffic in the world – particularly oil tankers. It is estimated that 20 per cent of oil traded in the world passes through the Strait of Hormuz – the passage between the Gulf of Oman and the Arabian Gulf.

While that traffic helps bring wealth to our part of the world, it also comes with some unpleasant byproducts in the form of ballast water.

Ballast water is used to help weigh down and evenly balance a ship. When making a journey to pick up a shipment of fuel oil, tankers use it to fill their otherwise empty holding tanks, to stay stable. It is then discharged before the tanker takes on its load.

The quantities are vast, with an estimaated 3.7 billion tonnes of ballast water transferred and discharged globally each year.

That water is rich with all kinds of minute and microscopic life forms – 3,000-plus types of organisms such as vertebrate, invertebrate, phytoplankton, zooplankton, bacteria, viruses, and sediments. And although most of these species are naturally present in seas and oceans everywhere, each body of water has its own unique food chain.

Disturbing that order can greatly upset a marine habitat, with consequences from clogged filtration systems to the exposure of native fisheries to diseases such as cholera.

The International Maritime Organization, the UN agency responsible for improving maritime safety and preventing pollution from ships, estimates that ballast water causes losses above $138 billion annually. On such a scale, it is easy to see ballast water as a global marine environmental crisis.

International regulations have been in the works for decades, but implementing them is easier said than done.

One big obstacle has been the means to treat ballast water effectively, quickly and cheaply. To that end, as a naval engineer and first lieutenant in the UAE Navy, now working in the Microbial Environmental Chemical Engineering Laboratory at Masdar Institute, I am involved in a project that is attempting to provide a solution for the shipping industry in this region.

We have begun by studying which organisms are present in ballast water, and which pose a risk, to help us better target our eradication technologies.

We are also investigating different forms of eradication – including oxidation, ultraviolet, ozone treatment and chemicals – to find the ones that are best able to eradicate the identified alien organisms.

Eventually we aim to have a prototype system that can be retrofitted in tanker ships that will neutralise any dangerous species in ballast water, without adding unnecessary chemicals that could harm the environment.

The system has to be able to treat the vast amount of ballast water – up to 1.8 million litres per trip – absorbed by the Arabian Gulf each day. It also has to be cheap to install and operate, as ballast water regulations are often not enforced and violations are minimally fined, and thus early adoption would be voluntary. The easier and cheaper the system is, the more operators are likely to adopt and use it.

It is my hope that such technologies can help the region reduce the impact of one of the most important local industries.

Additionally, an Arabian Gulf-specific ballast water cleaning system would help the UAE better preserve the harmony of the Gulf’s natural flora and fauna.