Energy-Efficiency for a “Smart” Mosque 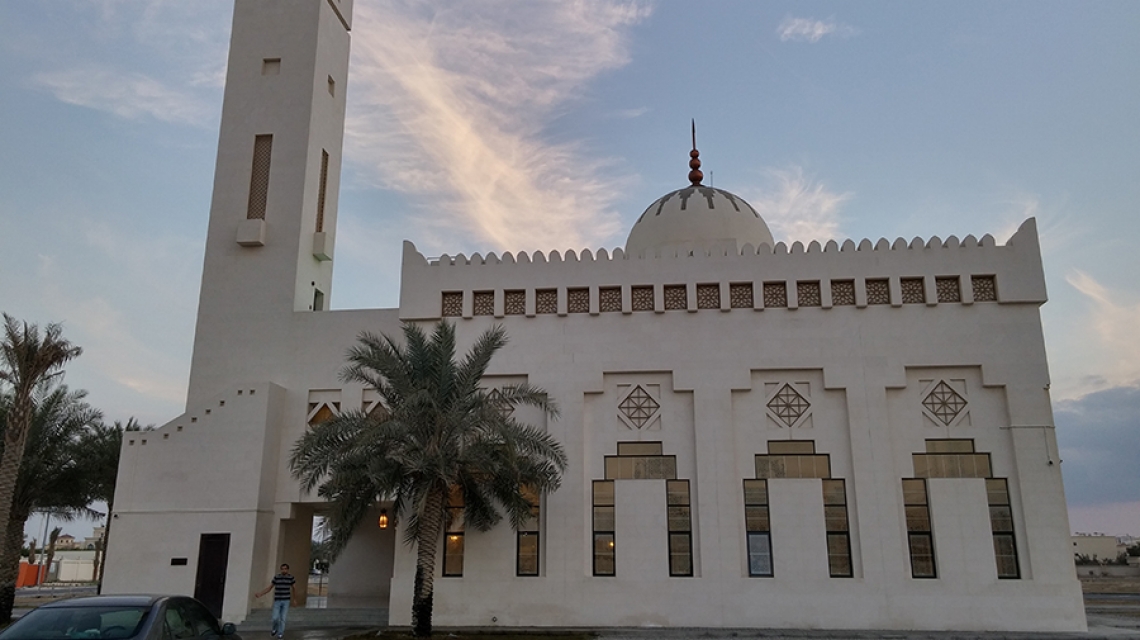 As tens of thousands of worshipers pour into the UAE’s mosques each day, mosques witness significant increases in energy consumption, prompting researchers from the Masdar Institute to develop advanced sensor technologies that will make mosques “smart” and significantly more energy-efficient.

Mosques have long been an important part of the fabric of the UAE and could soon become an important contributor to the country’s sustainability efforts. Through advanced building automation technologies, “smart” mosques could help reduce the UAE’s energy and carbon footprint by reducing mosques’ overall energy consumption in a relatively simple and affordable way.

An obvious solution to the country’s high energy demand  is to make sure that air-conditioners are used properly and optimally. Poorly maintained and improperly controlled air-conditioning equipment can lead to high levels of energy wastage – as high as 30% – in commercial buildings, which is why Masdar Institute has done prior work on air conditioning designs and standards that are most suited to the UAE. This work, done in collaboration with the Abu Dhabi Executive Affairs Authority, is now being further developed and piloted to achieve optimal air conditioning systems for the UAE. In conjunction with air conditioning system design, the overall control of cooling demand in buildings via sensors is also important and highly relevant to the country’s Mosques.

To address overall energy demand, the researchers must address the biggest challenge to managing mosque energy consumption, which is directly related to their unique usage patterns. Mosques experience sudden influxes of users at five specified times throughout the day, corresponding with the five daily Islamic prayers. Each of these occupancy times average less than an hour, with maximum occupancy occurring during the actual performance of each prayer, which lasts about 15 to 20 minutes.

A few exceptions to the typical daily mosque usage patterns include Friday prayer – the congregational prayer held every Friday – and Taraweeh prayer – the prayers held each night during the month of Ramadan – as well as other special occasions, such as lectures and seminar activities.

On most days though, mosques sit idle for a significant portion of the day, during which time they are either empty or nearly empty. Setting the air-conditioner controls to cool for the full occupancy requirements, or to be suitable for the low occupancy levels, may not only greatly impact the spiritual experience and physical comfort of mosque users, but also lead to high levels of energy wastage.

For example, two of the appointed prayer times coincide with peak electricity usage in the middle of the day, when air-conditioning consumes up to 75% of the UAE’s electricity during the summer months. As the thousands of mosques spread across the UAE fill up with worshippers who require high levels of air-conditioning, demand for electricity is increased, which is why developing optimal energy management approaches to deal with cooling are essential to the UAE’s energy security.

Many off-the-shelf sensors are being used to improve commercial buildings’ energy-efficiency in the UAE and around the world. However, the nature of mosques’ daily use benefits from sensors optimized for the unique mosque usage patterns and building parameters. The multiple peak times of sudden crowding followed by hours of dormancy, coupled with mosques’ open design, differentiate mosques from other buildings.

The customized sensor system developed by Dr. Rahwan and Dr. Chau is optimized specifically for mosques. By using sensor technologies equipped with processing capabilities on-site, the deployed systems  quickly learn the movements of the mosque’s occupants and the overall usage of a particular mosque. The fast and reliable processing power of the on-site computing enables the data to be processed in the mosque itself, avoiding the need of a large bandwidth connection to transfer all this data back to a remote server, a feature that makes the system easy and relatively cheap to install.

By using intelligent algorithms to analyze a video feed of the mosque, each smart sensor learns the times of the day when the mosque becomes full. It then automatically begins cooling the mosque slowly and efficiently prior to those times, so that once full, the mosque will be cool, allowing worshippers to pray comfortably, without requiring high-energy rapid cooling. Then, before the worshipers even start leaving the building, the system will switch off the air-conditioner in anticipation of their departure, resulting in lower energy consumption. This ability to forecast the future occupancy is what makes the mosques smart.

The team’s novel smart sensors are self-contained, affordable and adaptive, and have caught the attention of the UAE’s General Authority of Islamic Affairs and Endowments.

Fatiha AlBarqi, Head of Mosques Service Division, General Authority of Islamic Affairs and Endowments, said: “We expect that Masdar Institute’s smart mosque technology will minimize the power consumption of mosques while also helping with the overall management of the mosques.”

The assistant professors are also supported by UAE National MSc student in Computing and Information Sciences Sarah Bamatraf. She developed a 3-dimensional simulation of the mosques, which is being used to test and fine-tune the sensor system under different weather conditions and occupancy patterns.

Efforts to develop sustainable mosques are on the rise, as evidenced by the recent construction of Dubai’s AED 20 million Khalifa Al Tajer Mosque, dubbed the Islamic world’s first “eco-friendly mosque.” The LEED-certified mosque is equipped with energy-saving LED lights, water flow sensors and a climate control system to regulate air-conditioning.

While constructing eco-friendly mosques should be encouraged, what of the thousands of previously constructed UAE mosques? The Masdar Institute research team believes their sensors can be easily installed on these existing mosques at a relatively low-cost.

Additionally, the technology has a scope for further application. While the smart sensors currently focus on energy demand, they can be used to enable the system to detect malfunctioning air-conditioners and may eventually monitor water consumption and detect leaky water pipes.

“We are certain that the smart mosque technology can be expanded upon and modified further to include a range of sensing activities that will further help to create a truly sustainable, energy-efficient mosque,” said Dr. Chau.

The data generated by the sensor system has a diverse range of applications beyond reducing carbon emissions. For example, Bamatraf will be leveraging the data collected by the mosques’ sensors to develop a mobile application that will reveal occupancy rates in each mosque, which will help worshipers make informed decisions when selecting the mosque at which to pray. This app will help users avoid the uncomfortable experience of praying in an over-crowded mosque, especially during Friday prayers.

Turning the thousands of mosques in the UAE into “smart” mosques with optimized energy systems would not only give a critical boost to the country’s efforts to achieve higher levels of sustainability and lower levels of cooling demand, but also drive future growth in the country’s emerging technology sector.