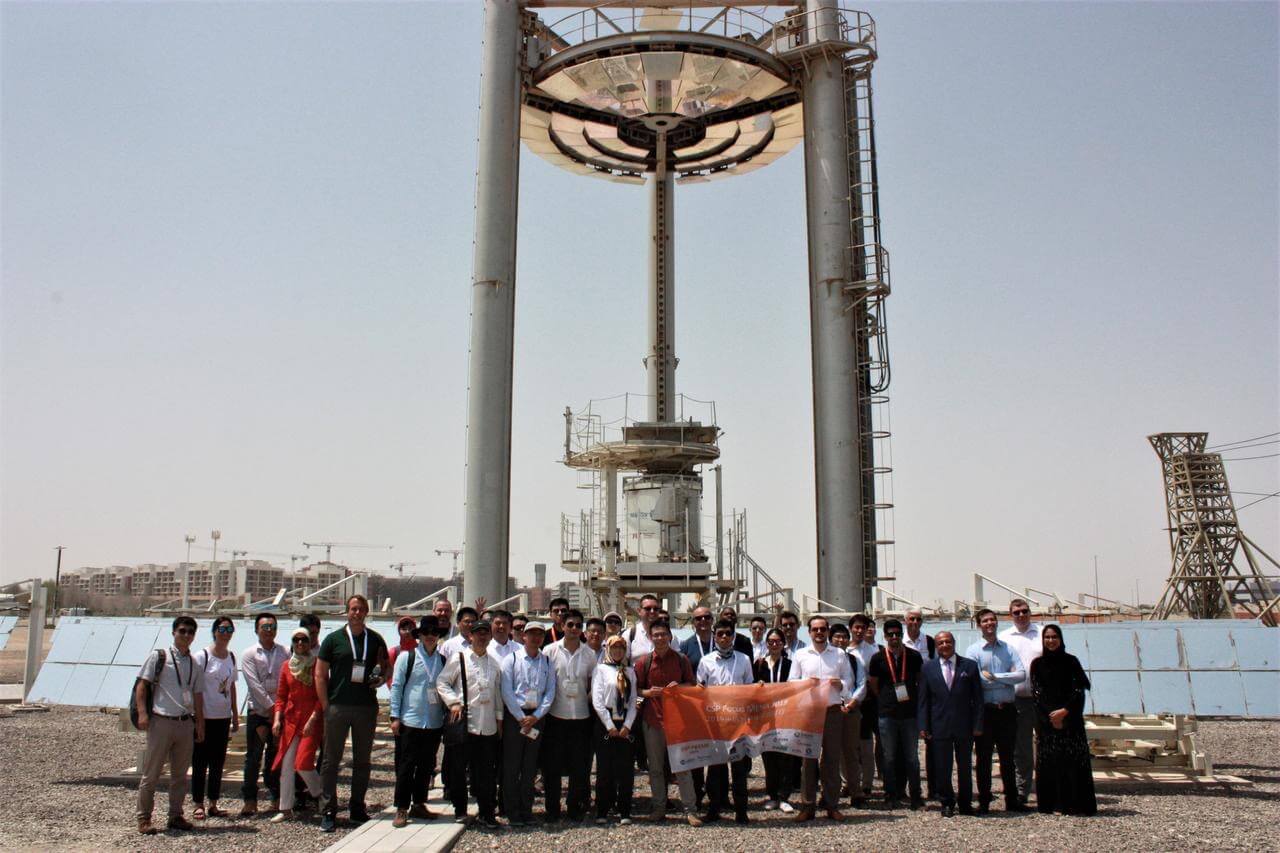 MISP was inaugurated in 2015 in recognition of the increasingly important role CSP will play in achieving the UAE’s renewable energy target of generating 24% of its energy mix from renewable sources by 2021.

With its one-of-a-kind 100 kW beam-down solar concentrator facility, the MISP aims to provide local and international research institutes and solar companies the opportunity to research, test, and validate new CSP components and TES systems capable of withstanding the UAE’s harsh desert climate in order to increase the implementation and utilization of CSP in the UAE and wider world.

“At 7.3c$/kWh, CSP is now competitive with conventional fossil fuel based power production in the UAE,” Dr. Calvet shared, citing figures from a recent IRENA report. “Major CSP projects like the Gemasolar in Spain and Shams 1 in the UAE have been instrumental to demonstrating that CSP can deliver affordable, reliable, dispatchable and carbon-free energy.” 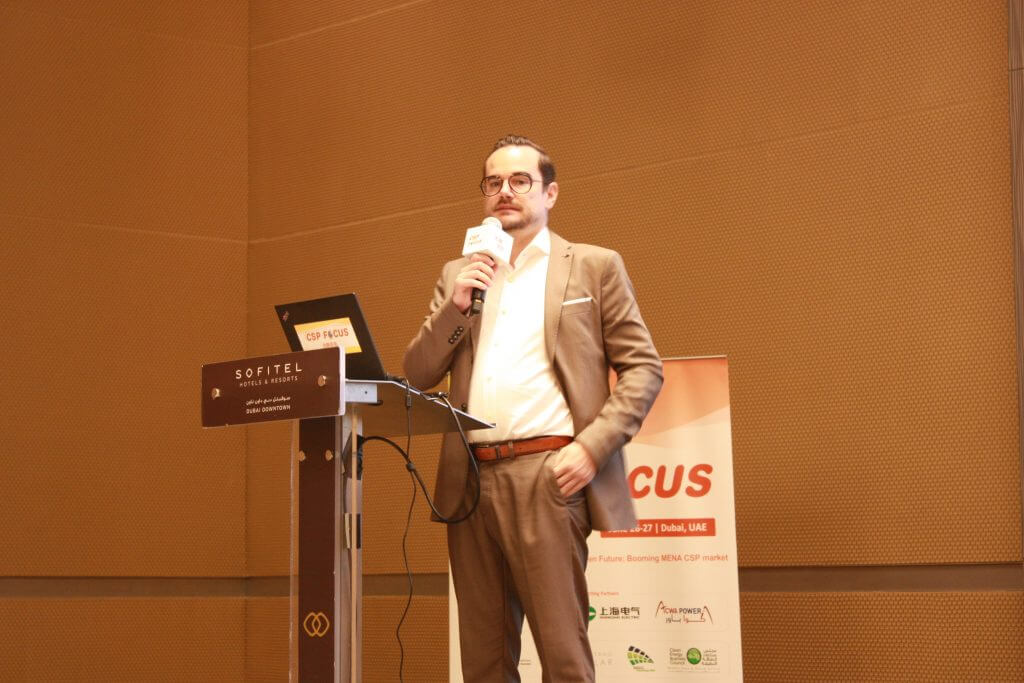 Dr. Calvet shared a number of the innovative CSP-related collaborative research projects and pilots that have either been completed or are ongoing at the MISP, including projects with EnergyNest, MIT and Wahaj Investment.

Working with EnergyNest, a Norwegian thermal storage technology developer, Dr. Calvet’s team tested a special blend of concrete to store thermal energy in a smart modular configuration. They developed a system to enable storage of thermal energy up to 400°C, making it the first high-temperature thermal energy storage demonstration system in the Middle East.

Another TES prototype system validated at the MISP was developed through a collaboration with MIT. The system, called Concentrated Solar Power On Demand Demonstration (CSPonD Demo) came online in June 2017. The innovative prototype directly absorbs and stores thermal energy in the form of molten salts in a single-tank system, which considerably simplifies its operation compared to the conventional two-tank molten salt technology commonly used today.

The third project Dr. Calvet presented is one that is currently under construction at the MISP – the Wahaj Solar Concentrator. Designed and developed by UAE-based Wahaj Investment, Dr. Calvet’s team will help validate the unique metallic reflector based Fresnel lens 10-meter concentrator, which reaches theoretical temperatures above 1,000 degrees Celsius.

“These projects and others at the MISP intend to lead to the creation of next-generation CSP and TES technologies that are more affordable and efficient, which will make thermal solar energy an increasingly viable option for solar power generation in the UAE and around the world,” Dr. Calvet said.