Cheaper and cleaner ways to desalinate the UAEâ€™s water 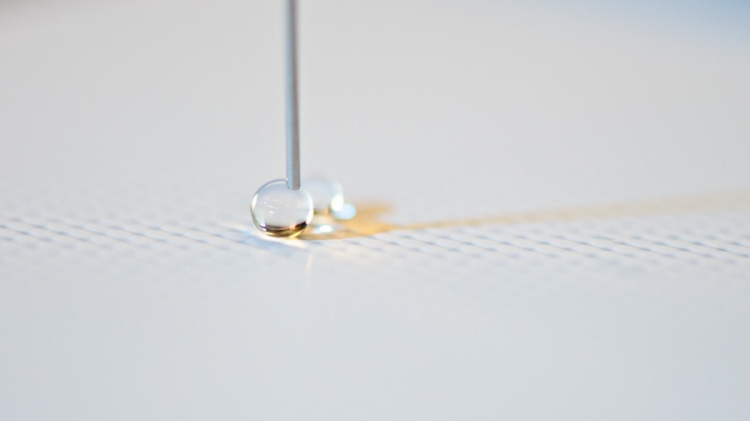 Desalination is a major industry in this part of the world. Across the Gulf, turning sea water into fresh water is a lifeline to countries with limited freshwater supplies.

Here in the UAE in particular, almost all drinking water is desalinated.

But desalination is not a low energy process, nor is it cheap, especially as the price of gas and oil rises. Abu Dhabi alone spends nearly Dh12bn a year on desalination.
Additionally, like all industrial processes, it has an impact on the environment, upsetting marine life and contributing to global warming.

Mitigating those costs money, while failing to do so can hurt fishing and ecotourism.
Reducing the energy demand, environmental impact and cost of desalination is therefore vital, and the benefit from such efforts will only increase as the UAE’s water consumption continues to grow.
To that end, researchers at the Masdar Institute – in collaboration with others at the Massachusetts Institute of Technology – are working to develop a new area of desalination technology: multistage membrane distillation (MD).

MD systems have unique benefits. They operate under low pressure and so do not require energy-intensive high-pressure pumps.

And although they require heat, they can use the waste heat from other processes, such as thermal desalination plants and power plants. That allows them to produce fresh water with just low-grade thermal energy, and salt or brackish water.

But while MD is a promising technology, its cost – estimated at $3  or more per 1,000 liters, as compared to about $1-1.5 per 1000 liters using reverse osmosis technology (RO) – has held it back from commercial adoption.

Our team is working on ways to help reduce the cost of MD while meeting the sustainability requirements of governments like that of Abu Dhabi.
On a second track, we are working to develop biodegradable membranes made from sustainable materials sourced from nature.

We are also working to reduce fouling – the unwanted build-up of salt and bio-material on desalination membranes. Fouling can be costly, making plants less efficient and requiring stoppage for treatment and cleaning. And conventional anti-fouling treatments  can be environmentally hazardous.
So we are working on an anti-fouling coating that would repel pollutants and keep the membrane clear.
We are also undertaking life-cycle analyses of desalination systems to reduce their environmental impact. The Arabian Gulf is not just the source of much of our water, but also of fish for our diets and waters that we swim in.
Comprehensive analysis of the various components of a desalination system will allow us to better account for and mitigate impacts.

Our last area of research is process optimization, looking at the design and operation of desalination technologies from both economic and thermodynamic viewpoints.

We have published a number of papers on how the MD process for example can be tailored to minimize its operational costs, including the design of the membrane itself.

Right now we are working on the first thorough thermodynamic analysis of the MD process, coupled with cost analysis, to try to make this technology commercially viable.

The multistage MD plant we envisage would be ideal for remote and smaller scale applications, such as on islands, ships or oil rigs, where there are not enough resources or space to run the larger reverse osmosis — a membrane-technology filtration method that cleans water by applying pressure to the solution when it is on one side of a selective membrane — and thermal desalination plants.
This system would only need access to solar energy, low-grade thermal energy, and salt or brackish water, to produce fresh water.

In this form, and as a complementary process along with RO or thermal desalination, we hope that in the in future MD will become integral to the UAE’s desalination system, providing a cheap and efficient solution to the needs of remote users.

Dr. Hassan Arafat is associate professor of water and environmental engineering at the Masdar Institute of Science and Technology.