A universal source of energy waiting to be harnessed 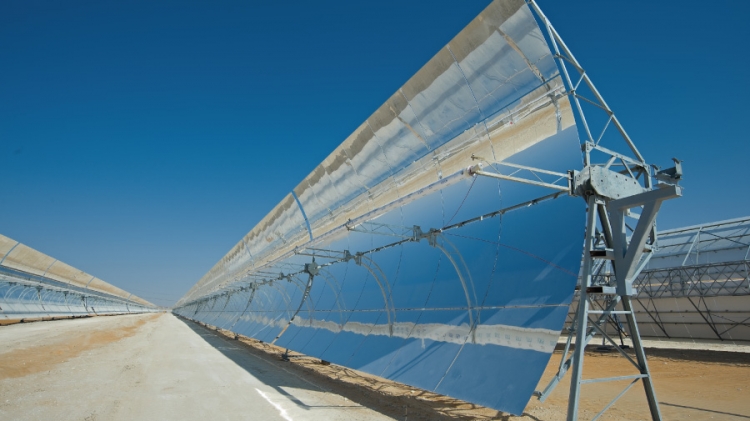 Ask nearly any person to tell you what the future may bring and they will probably imagine a world run on solar power. And there is a reason for that. The sun is the most obvious source of power available to us. Over billions of years it provided energy for the earliest organisms and continues to give nourishment today to plant life that helps sustain man and animal alike. The sun is truly a low-hanging proverbial fruit. The question is: how do we reach up and pluck it?

Despite the potential and ease of access, solar power remains relatively rare globally. While concentrated solar power (CSP) systems have been around for decades, the process only provides a fraction of the global energy supply. The major reason is the continuing engineering and operational challenges that affect its use. As yet, no single solar power technology exists that can work in every environment and provide energy in a way that makes it as affordable and efficient as other fuels.

So while science has proven that solar energy can be harvested, how it can be done in an effective manner has yet to be worked out. Widespread, efficient and cost-effective solar energy should be more than just an idea. It needs to be a reality.

That is one of the major focuses of research work being undertaken at Abu Dhabi’s Masdar Institute of Science and Technology. Professors and researchers like myself are hoping to develop solar energy into a major electricity and heating provider.

Specifically, we are working on the unique challenges that the UAE faces in capitalising on this ready source of energy. Each year, every square kilometre of land in the UAE receives on average solar energy equal to 1.5 million barrels of crude oil. That is a lot of energy to waste, which is why Abu Dhabi has made solar a priority in its goal to generate 7 per cent of its energy from renewable sources by 2020.

One of the major projects underway is the development of the first solar thermal power station in the UAE. The project, Shams 1, will have a capacity of 100MW. It is expected to displace approximately 175,000 tons of carbon dioxide per year, which is the equivalent of planting 1.5 million trees or removing 15,000 cars from Abu Dhabi’s roads.

The solar plant will use large curved reflectors in one of the most proven CSP technologies for this region. Ahead of the construction of this project, which will become operational in 2012, Masdar Institute scientists are investigating the power generation cost verses resource trade-off, which varies from site to site depending on the amount of suspended fine solid particles in the air.

We also have identified four important hurdles to overcome to bring CSP technologies to market: resource assessment, performance improvement, component cost reduction, and operation and maintenance cost reduction. Research in these areas will address the medium to longer-term needs of CSP technologies, while in the short term, CSP projects will provide increased confidence in the technology and see start-up costs drop through mass production.

To further test the compatibility of developing CSP technologies, Masdar Institute has constructed a pilot power plant in collaboration with Tokyo Tech and several industrial partners. This plant would serve as a means to validate key research results.

The plant’s chosen design is that of a Beam Down tower, which we believe is well-suited to the UAE’s unique needs and limitations. This type of tower provides a solid design that minimises the effects of aerosols, which are the suspended particles in the air that are a major obstacle to solar power collection in the Gulf’s dusty desert climate.

The information we collect will not only be able to improve the efficiency of planned power plants like the Shams 1, but could also provide critical data to developers and policymakers to better understand and exploit solar resources.

The success of CSP technology will also rely on improving operational performance so that plants can make the most of the daylight hours, thus increasing the potential revenue of a CSP plant. The factors influencing a longer operation time are adequate storage systems, efficient start-up and shutdown procedures, and higher reliability of components. These research efforts rely on the availability of adequate research infrastructure and pilot plants.

And while these two projects – Shams 1 and the Beam Down – are investigating answers to a set of crucial questions in one area of CSP, another massive undertaking, the 10MW PV Solar Power Plant, is already displaying innovation in action.

The plant, developed at Masdar City by Abu Dhabi-based Enviromena Power Systems, is the largest grid connected solar plant in the Middle East and shows how a plant can work in this part of the world, providing tangible results and adapting to real world challenges.

In the past year the plant produced 17,348 MWh of electricity and is operating at impressive efficiency levels. To address the concern of dust build-up on the modules, a specialised cleaning system employing dry brooms is deployed, adding to this system’s eco-friendliness.

A solar-powered future is not as far off as it would seem. And it’s being drawn ever closer thanks to the pioneering research and pilot project work being done at Masdar. We’re not just reaching for the stars, we’re reaching for our closest star.

Dr. Matteo Chiesa is an assistant professor in the mechanical engineering program at the Masdar Institute of Science and Technology
http://www.thenational.ae/thenationalconversation/comment/a-universal-source-of-energy-waiting-to-be-harnessed