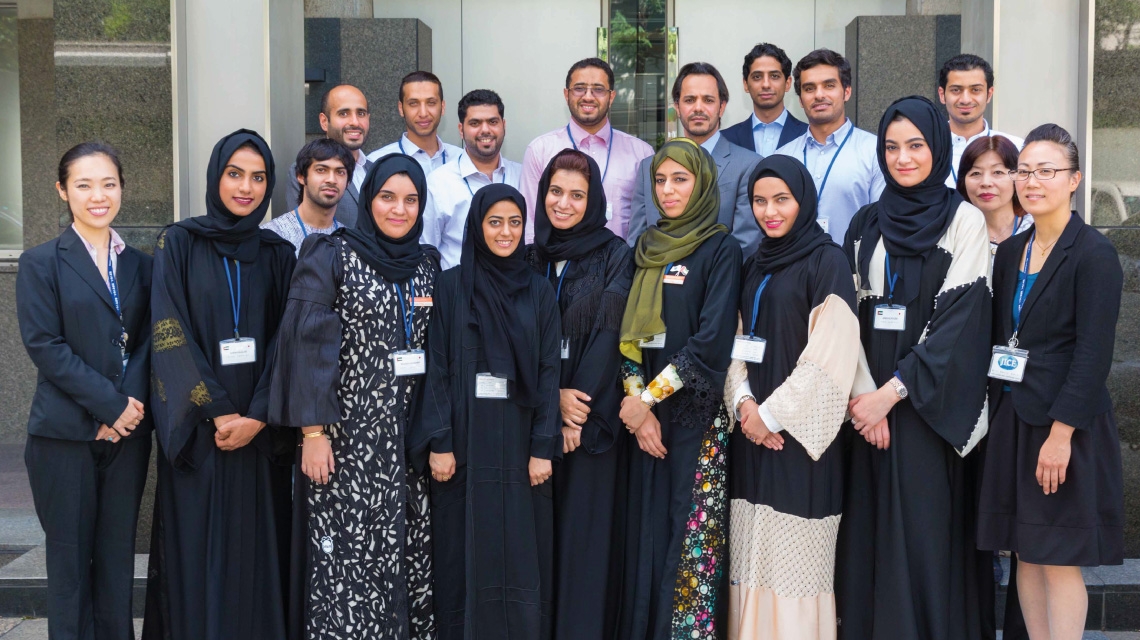 The program was organized in collaboration with Japan’s Ministry of Economy, Trade and Industry (METI) and the Japan International Cooperation Center (JICE) in various cities across Japan. The initiative helped strengthen the knowledge and expertise of YFEL members, while giving them an opportunity to learn from Japan’s achievements in areas of technology and sustainability. The 10 selected YFEL members were all UAE National students.

Mr. Al Ameri said: “The UAE Government ensures human capital – building remains one of the key focus areas of long-term strategy for economic growth. In order to achieve this objective, encouraging and facilitating high-quality individual development of youth would be crucial. This is one of the major reasons why initiatives such as YFEL need to be acknowledged for their impactful programs. We hope the Japan visit helped YFEL members to further expand their skill base and become competent professionals.”

Dr. Lamya N. Fawwaz, Executive Director, Public Affairs, Masdar Institute, said: “Thanks to the support of the UAE Leadership, the YFEL program is able to accomplish its mission to educate students on ways to deal with challenges in the sustainability arena. The YFEL-Japan Government initiative provided participating students with critical leadership skills in future energy areas. The visit has had a positive impact on the academic and professional lives of the YFEL participants who were selected through a highly competitive process.”

During the trip the YFEL members visited some of Japan’s most notable sustainable developments including the Smart House at the Panasonic Center Tokyo, which presents an eco-friendly, comfortable, and secure ‘smart lifestyle’. They also visited the 43,000-square foot urban farm that grows up, down, and across the nine-story high 215,000-square foot corporate office building which houses Pasona Group, the Japanese recruitment company.

In addition, the YFEL members learnt about the Toshiba Smart Community Center, which can quickly process, store, and analyze data vital for the support of smart grid societies. They also interacted with students at the University of Tokyo’s Graduate School of Frontier Science, and observed key aspects of the solar power satellite/station at the Kyoto University’s Shinohara Laboratory.

Spera Hydrogen, the hydrogen supply facility of Chiyoda Corporation, and Kyocera Fine Ceramics, which deals in fine ceramics, were among the key advanced technology facilities that the YFEL members visited. The agenda also included visits to the Hiroshima Peace Memorial Museum and Edo-Tokyo Museum.

YFEL member Aziza Sarhan Al Sawwafi said: “Japan is one of the world’s most pioneering countries, and with the support of the UAE leadership we got the opportunity to live such a great experience. I gained a lot and I have been strongly influenced by Japanese culture and lifestyle. But my ambition is to achieve even more for my country. That is my way of looking at things.”