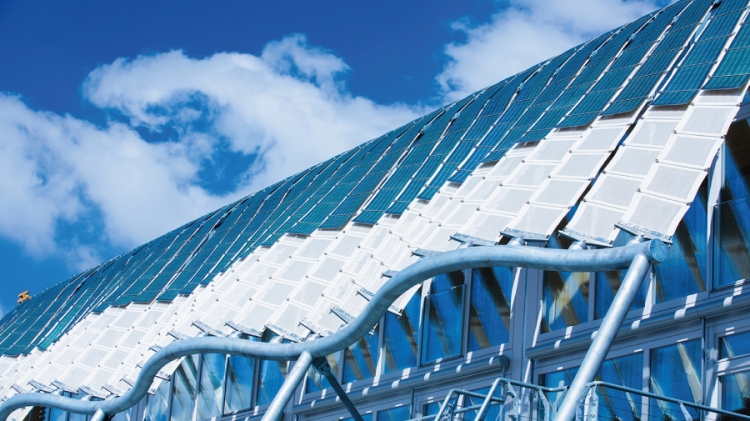 You can develop the most amazing product, but if it’s too expensive no one will buy it.

By the same logic, if your product is cheaper than the existing option, regardless of whether there is a great difference in performance, it is quite likely to sell well.

One critical technology that has been particularly limited by cost is solar power. Solar energy is plentiful, free and a far better alternative to the fossil fuels that are blamed for global climate change.

But still it accounts for only a tiny slice of the world’s energy; less than one per cent, compared with more than 80 per cent from coal, oil and gas. A major reason has been the cost of the materials needed to harvest and store solar energy, most of which require extensive, expensive and sensitive processing.

One possible way of bringing the cost down would be to replace those high-intensity materials with others that are more readily available.

Scientists at the Masdar Institute, in collaboration with others at the Massachusetts Institute of Technology, have been looking at ways to integrate organic materials and nanomaterials into solar cells to create an efficient and cost-effective alternative to silicon-based cells.

Organic materials – plastics, polymers and other small molecules – are based on carbon, which is much cheaper and more readily available than the inorganic conductors – primarily silicon and copper – used in conventional electronics.

They are mechanically flexible and transparent, which in theory could allow bendable and even wearable solar panels that could be integrated not just into structures as windows or curtains, but even within a device.

At the Masdar Institute we are trying to develop hybrid organic/inorganic photovoltaic solar devices, using electron microscopy, atomic force microscopy and optical absorption measurements to investigate the structural and optical properties of these composites.

Organic/inorganic hybrid solar cells should eventually be cheaper than existing silicon-based cells, and far more flexible in their potential applications.

They offer the potential for a major change in solar technology, taking us beyond rigid panels on top of fixed structures, to dynamic, lightweight, flexible and transparent solar cells that can be cheaply, efficiently and easily integrated into modern life.

And with cells that you can fold, wear, see through and maybe even paint on, solar power could be nearly woven into the fabric of our future lives.

Dr. Amal Al Ghaferi is an assistant professor of materials science and engineering at the Masdar Institute of Science and Technology
http://www.thenational.ae/news/uae-news/technology/weaving-the-suns-power-into-lifes-fabric

How enzymes deal with rubbish we cannot afford to waste

Photonics.... a sense of the future