Hydraulic jump – A galaxy in the kitchen? 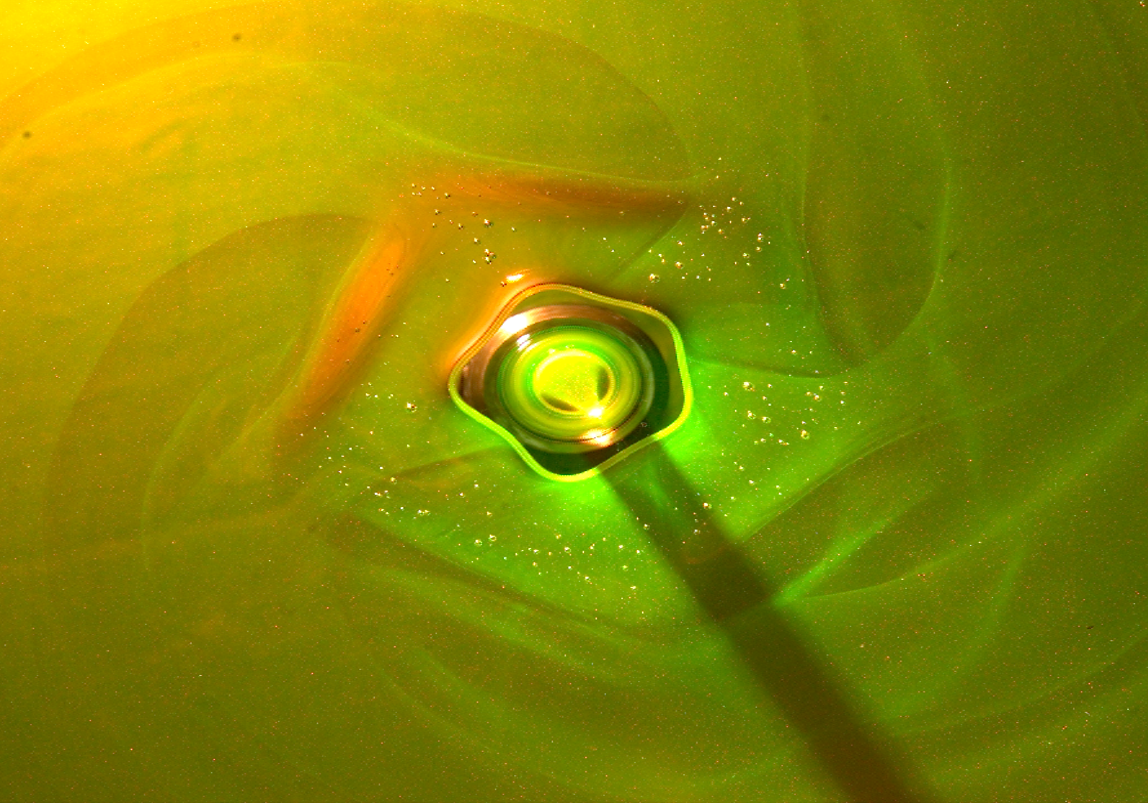 The circular hydraulic jump may arise when a fluid jet falling vertically at high Reynolds number strikes a horizontal plate. Observed from below the symmetry of circular hydraulic jump breaks into a self-organized structure that consists of a spinning polygonal jump and logarithmic-spiral waves of fluid elevation downstream. The waves are strikingly similar to spiral density waves in galaxies. The fluid flow exhibits counterparts of salient morphological features of galactic flows, in particular the outflow from the center, jets, circum-nuclear rings, gas inflows toward the galactic center, and vortices. The hydrodynamic instability revealed here may have a counterpart that plays a role in the formation and sustainability of spiral arms in galaxies.

Expected outcome from the Student's work