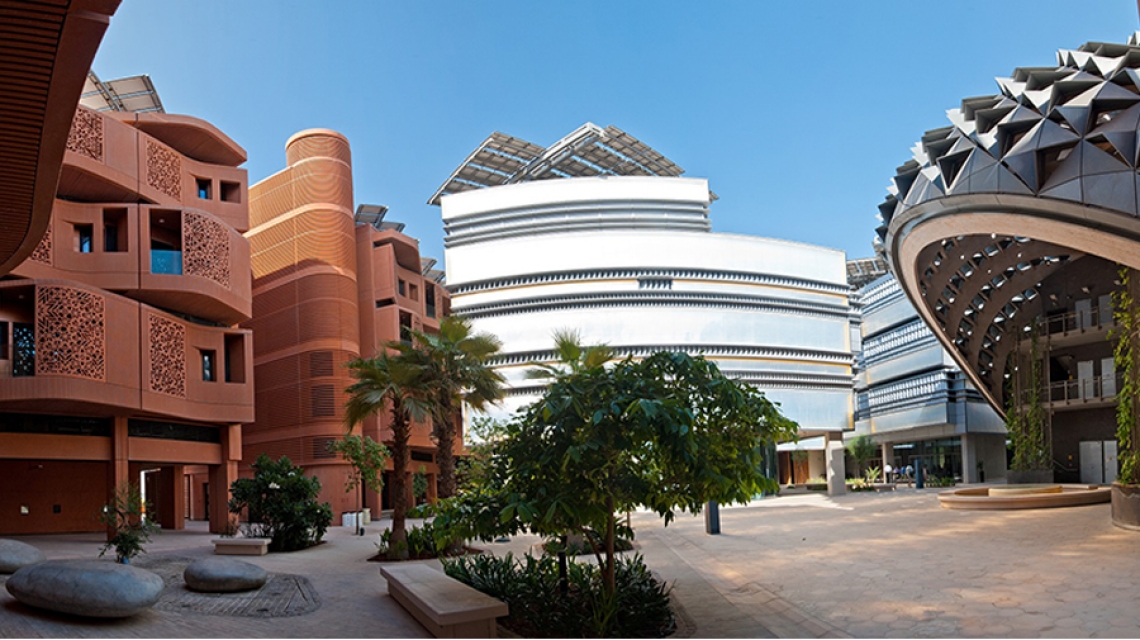 Under the patronage of His Highness Sheikh Mohammed bin Zayed Al Nahyan, Crown Prince of Abu Dhabi, Deputy Supreme Commander of the UAE Armed Forces, Masdar Institute will be organizing its seventh commencement ceremony for the Class of 2017 on Wednesday, 17 May 2017. Masdar Institute is a part of the Khalifa University of Science and Technology.

The commencement will be held at the Emirates Palace Hotel in Abu Dhabi, and coincides with the 10th anniversary of Masdar Institute’s establishment in 2007. Former United States Secretary of Energy Dr. Ernest Moniz, Professor Emeritus and Special Advisor at the Massachusetts Institute of Technology (MIT), will deliver the keynote address.

The graduation ceremony marks the completion of studies for more than 100 Masdar Institute graduate students from 34 countries. Nearly 50% of this year’s graduates are from the UAE. Degrees will be awarded in the Institute’s PhD in Interdisciplinary Engineering and nine Master’s programs. This year’s ceremony will also see the inaugural batch of students graduate from the region’s first Master’s concentration in space systems and technology, which was launched at Masdar Institute in 2015 in response to the UAE’s space exploration and economic goals.

Dr. Behjat Al Yousuf, Interim Provost, Masdar Institute, said: “I am delighted to see that our tenth anniversary commencement is such a milestone event. It celebrates our most diverse group of graduates, our first space concentration graduates, and our largest cohort of PhD graduates. This year’s commencement also signifies the start of the Institute’s next phase as part of Khalifa University of Science and Technology, which will continue to build on our legacy through the next 10 years. We truly have much to celebrate this year, for which I thank the UAE leadership for its continual support, and our students, faculty and staff, for their hard work and effort.”

The commencement keynote speaker, Dr. Moniz, is known for his commitment to science, sustainable energy, and innovation. He recently completed his term as the 13th US Secretary of Energy, during which time he advanced energy technology innovation, environmental stewardship, and access to cutting-edge capabilities for the scientific research community, and advocated for science in support of public policy. Since leaving office, Dr. Moniz has returned to his roots at MIT, where he is the Cecil and Ida Green Professor of Physics and Engineering Systems Emeritus and Special Advisor to the MIT President.

The Masdar Institute commencement ceremony is expected to be attended by dignitaries, ministers, government officials, and CEOs of private and government sector organizations. In addition, the event will be attended by the board members of Khalifa University of Science and Technology, stakeholders of Masdar Institute, representatives from MIT, and the families and friends of the graduates.

The Class of 2017 graduates will be joining the Institute’s alumni community, which consists of 585 members, over 90% of which are either employed or pursuing PhD programs locally and internationally. The total number of enrolled students at Masdar Institute as of September 2016 was 456, of which 52% were UAE nationals. Female students represent 51% of the total student body, and 68% of all Emirati students. Of the 456 current students, 149 are in the PhD program, of which 26% are UAE nationals.