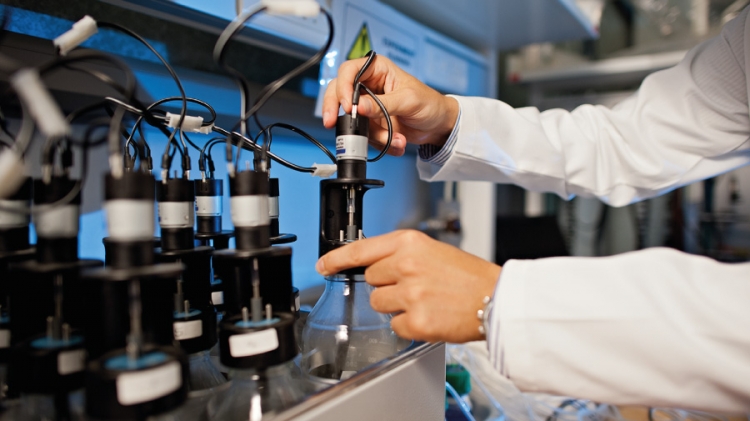 We are surrounded by microorganisms. Tiny bacteria and other unicellular living things inhabit our bodies, our homes and the environment. They are everywhere. Fortunately, most are harmless; indeed, we need them to stay healthy and to keep the Earth’s ecosystems running. Without their hard work, we would not be here. Microbes are hard workers, dedicated to consuming certain materials and producing other materials while keeping a small share so they themselves can grow and reproduce. Although the number of microbial species is so vast we know about only a small percentage of them, some families of microbes have been used for centuries – for making bread, cheese and yogurt, for example.

And as society faces new challenges, microbes can help. They can help in treating water and solid waste and producing renewable biofuels. If these processes are properly designed and controlled, they can run at very low cost compared with technologies that might need higher temperatures or pressures, or require the use of chemicals.

Many well-established examples exist. Sewage treatment (including that of Abu Dhabi) is to a large extent conducted by natural microbes that remove organic pollution from water. In many countries sewage treatment is extensively performed in constructed wetlands in which green reed plants and the microbes in their roots work together to eliminate water pollution while creating green areas for recreation or wildlife. Hundreds of anaerobic digesters worldwide produce biogas, using microbes to make methane – natural gas – out of waste.

At our environmental bioprocess modelling lab at the Masdar Institute, we are developing rigorous mathematical models to help us understand microbial bioprocesses. Our focus is on a number of promising novel processes and applications that could yield great benefits to Abu Dhabi and the world by converting pollution and waste into resources such as clean biofuels at a very low cost.

An example of this is the production of biofuels from anaerobic fermentation of agro-industrial organic waste or local plant residues. Once we have described in detail the physical, chemical and biological mechanisms involved, we can design reactors and develop strategies to control and direct those microbes to produce biofuels such as methane, bio-hydrogen and ethanol.

We focus mainly on natural mixtures of microbes, which should eventually allow us to replace costly sterile operations with much cheaper bioprocesses. With others, we are working on mathematic models of other promising bioprocesses, including microalgae systems to produce biofuel from light and carbon dioxide, and microbial fuel cells that can make electricity directly from sewage.

Eventually our research will benefit not only industry, but also the environment and, crucially, wider society by training highly capable local and international engineers who will be great assets for Abu Dhabi’s economy in the years to come.

Dr. Jorge Rodríguez is assistant professor of water, environmental and chemical engineering at the Masdar Institute of Science and Technology.

How enzymes deal with rubbish we cannot afford to waste

Photonics.... a sense of the future