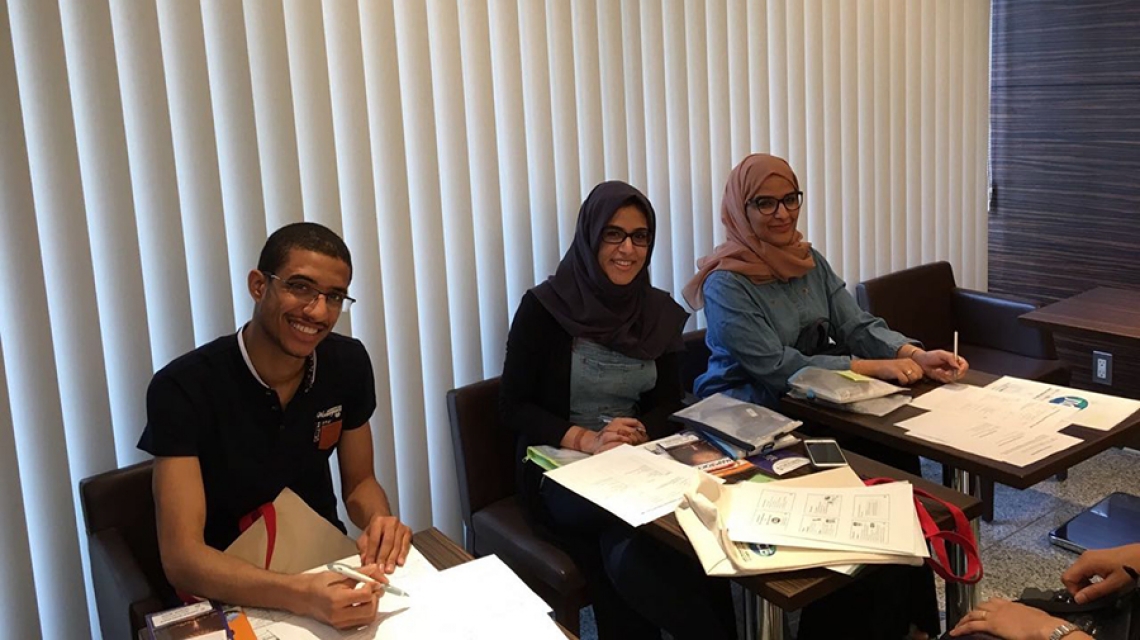 Three UAE national students recently attended an orientation program in Tokyo as part of their internship program that is being organized in collaboration with the Japan International Cooperation Center (JICE). The internship at Chiyoda Corporation and Mitsubishi Heavy Industries in Japan has commenced on 11 July and will run until 5 August.

The three interns are Chemical Engineering student Abdullah AlHinai, Engineering Systems and Management student Fatma AlShowab, and Sustainable Critical Infrastructure student Maryam Almheiri. The orientation was held on 27 June, which was followed by Japanese language classes until 4 July. During this period, the students also attended a reception on 1 July at the UAE Embassy in Tokyo.

Dr. Mohammad Abu Zahra, Associate Professor and Head of the Department of Chemical and Environmental Engineering at Masdar Institute, will review the students’ final presentation on 9 August after the internship program. The students arrived in Tokyo on 26 June for the program and will return to Abu Dhabi on 10 August.

Al Hinai said: “The one-week orientation program equipped us in basics of the Japanese language, local culture, business etiquette and handling of unexpected fire hazards. We also had an opportunity to visit the research labs at Tokyo University and the Japan Ministry of Economy organized lectures about energy challenges in Japan and globally. My internship with Mitsubishi Heavy Industries has now begun at the company’s research center in Nagasaki, where I am working on a carbon capture project – exactly my area of research.”

Before leaving for Japan, the three students attended a pre-departure orientation session with Kanamori Tokuya, JICE Representative at the Educational Development Office, Abu Dhabi. They also joined Abdulla Al Suwaidi, a UAE national alumnus from the University of Tokyo, who shared his experiences in Japan during a dinner gathering in Abu Dhabi.