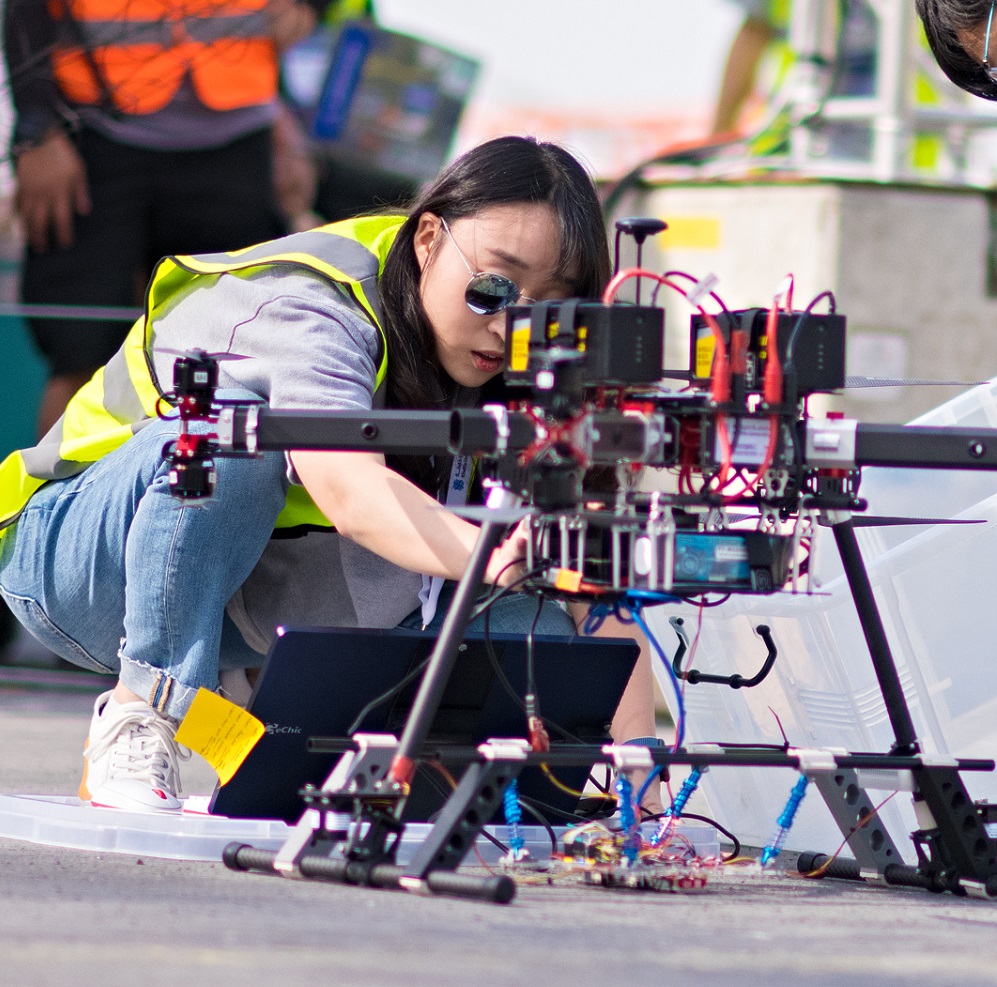 In Challenge 1 trials, the Beijing Institute of Technology emerged leaders from Day 1, proving their skills in autonomously tracking the intruder unmanned aerial vehicle (UAV), while capturing and neutralizing it inside the arena. The Prague Czech Technical University-University of Pennsylvania-NYU team came second, while the University of Tokyo came third.

In Challenge 3, the Technical University of Denmark came out the leaders, presenting their drones’ capabilities in a firefighting scenario in an urban high-rise building. The Korea Advanced Institute of Science and Technology (KAIST) came second, while the University of Zagreb Faculty of Electrical Engineering and Computing, and the Polytechnic University of Madrid-University Pablo Olvide-Poznan University of Technology teams shared the third place honors.

The UAE’s Al Nokhba Team has performed strongly to reach sixth and seventh positions respectively in the Challenges 2 and 3, thus emerging among the most prestigious research centers worldwide. The performance indicates the high level of innovation the young Emirati team has achieved in advanced technologies, enabling them to compete globally.

Winners will be announced on the last day of the Challenge in all four categories. Each of the teams at MBZIRC 2020 attempt two trials for Challenges 1, 2 and 3 and the best score is retained. For the Grand Challenge, there is just one trial. Trials are scheduled during daylight hours, from 7.30am-5.30am, while floodlights may be used in the event of adverse weather conditions or overrunning of schedules.