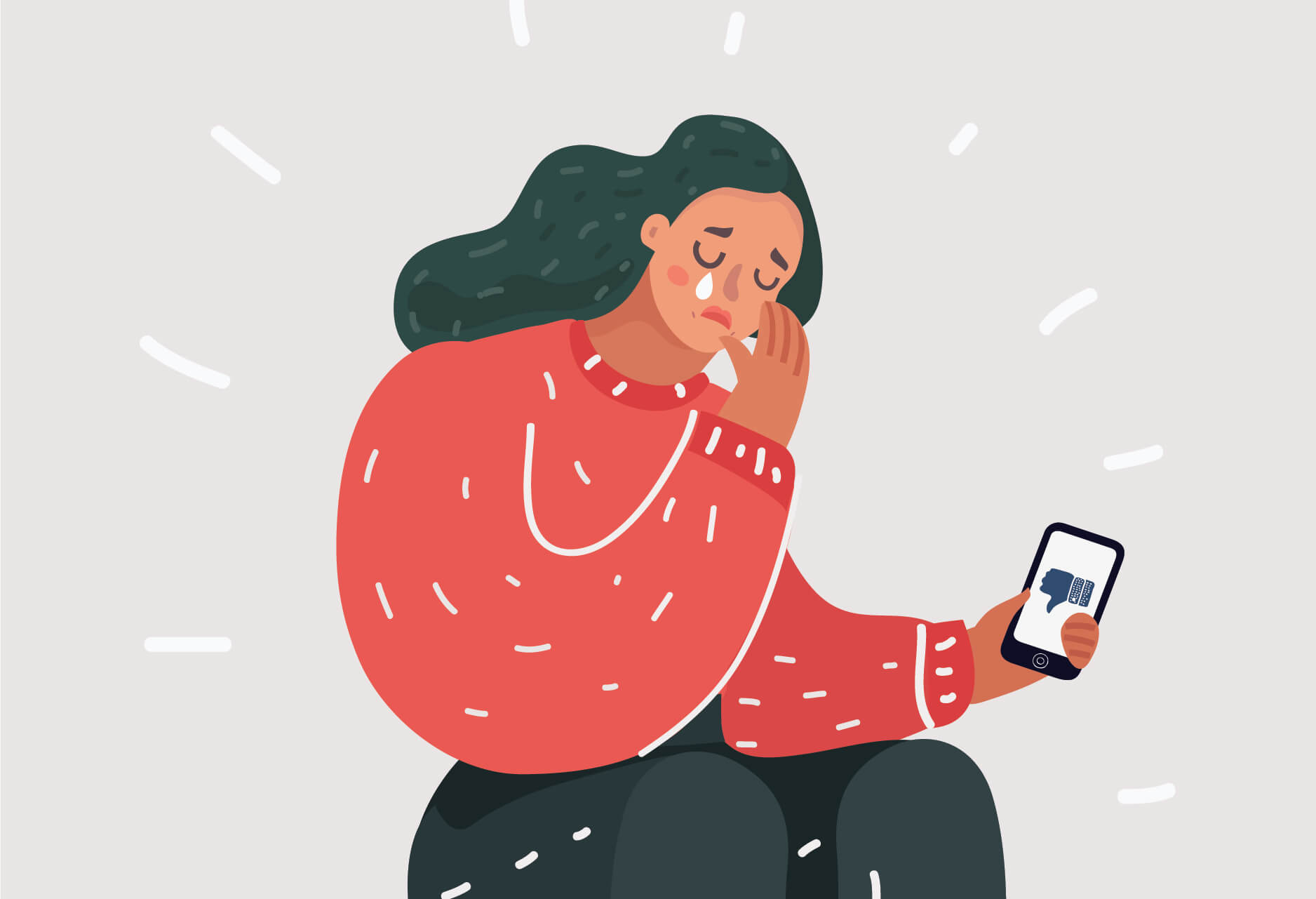 Mental illness is the single largest burden to global disabilities, with depression identified as the leading cause of disability worldwide. Early detection and intervention are crucial, but social stigma and fear prevent people from seeking the treatment they need. Researchers at Khalifa University have developed an unobtrusive way of monitoring mental health, using a smartphone application called TypeOfMood, to effectively spot the early onset of depression.

“Mental health is becoming a major plague in modern societies, but the lack of resources and the social stigma burden the diagnosis,” explained Dr. Leontios Hadjileontiadis, Professor of Electrical and Computer Engineering, and Acting Chair of the Department of Biomedical Engineering. Dr. Hadjileontiadis recently won the Healthcare Research Award in the Clinical Research Category at the Dubai Healthcare Excellence Awards, held on 1 May, 2019, for his research in detecting depression through a smart phone application.

“We recognized that psycho-motor retardation, which is a slowing down of thought and physical movements present in depression, influences the patient’s habitual activities and alters their daily interaction with smart devices. Remote unsupervised screening via mobile devices can raise awareness for medical care, with daily data assisting diagnosis.”

TypeOfMood is an application for the Android Operating System that records time-stamp sequences of keys being pressed and released, and the position of fingers on the smartphone touch screen, through a custom third-party keyboard.

“User interaction with smartphones can unveil dense and multi-modal data to reveal the patterns that can be connected with both motor and cognitive user actions,” explained Dr. Hadjileontiadis.

“In particular, Hold Time (the time interval between the press and release of a key), Flight Time (time delay between consecutive release and the press of the next key), Speed (the rate at which the finger moves across the screen), and Press-Flight-Rate (the ratio between Hold Time and Flight Time of a key) offer insights to the probability of a subject to be suffering from depression.”

Statistical features are extracted from keystroke dynamic sequences and induced in a machine learning model to classify a subject’s status—depressive or healthy—by aggregating prediction probabilities obtained per typing session. In Dr. Hadjileontiadis’ study, the vast majority of the typing data were collected while users typed messages in the Messenger application, with the rest derived from typing in Chrome, Instagram, and WhatsApp. In total, 34,581 sessions worth 234 hours of typing data were collected, or 66.46 sessions per day for healthy controls, and 55.14 for depressive patients. This level of data collection would be unattainable in a clinical setting.

The World Health Organization (WHO) revealed that globally, more than 300 million people of all ages are suffering from depression, and a majority of these are women. Depression is the second most common cause of death for people between the ages of 15 and 29 – close to 800,000 people die each year due to suicide.

Doctors in the UAE are raising concerns over the rise in the number of people suffering from clinical depression, defined as experiencing a depressed mood or a loss of interest or pleasure in daily activities consistently for at least a two-week period, mainly due to work overload, financial stress and relationship issues.

“According to the World Health Organization, the UAE has the highest regional level of depression, at 5.1% of the population,” said Dr. Hadjileontiadis. “The country also ranks highly for anxiety with 4.1% of people suffering. Approaching this problem with a novel approach, such as TypeOfMood, might relieve the economic and social burdens, and extend the way mental health is evaluated, by providing tools that support the current clinical standards of mental health evaluation.”

Currently there are no reliable diagnostic laboratory tests for depression. Scientists have noted that abnormalities in sleep electroencephalogram, or EEG – which measures activity in the brain while you are awake and then asleep – are evident in around 40 percent of patients. While some patients have hormonal disturbances, and others show increased blood flow to the limbic and paralimbic regions of the brain and decreased blood flow in the prefrontal cortex. However, none of these observations are diagnostic by themselves and clinicians are much more likely to assess mental health using the patient Health Questionnaire (PHQ-9) or the Beck Depression Inventory, among other questionnaires.

But this type of clinical diagnosis involves questions regarding the symptoms that patients face, exploiting various rating scales to quantify the severity of the disorder. The many questions and statements the patients must answer fall victim to the subjective factor, where users may over- or underestimate the severity of their symptoms.

“Honesty and anonymity can improve the validity of the answers,” said Dr. Hadjileontiadis. “Remote methods that use unobtrusively captured information towards unsupervised screening show promising results towards detecting depressive symptoms in young people.

“Depression can manifest with various symptoms affecting patients’ psychomotor behavior to differ from the healthy population with regards to objectively quantified gross motor activity, body movements and even speech. These are hard to monitor through everyday activity. TypeOfMood, for the first time, proposes remote screening for monitoring depression in everyday activities reflected in changes in the keystroke dynamics during typing on a smartphone screen,” said Dr. Hadjileontiadis.

The research focused on keystroke dynamics because of the recent studies examining the effects of Parkinson’s Disease psychomotor symptoms on typing activity. These studies investigate Hold Time, with the rate at which a person presses down and then releases a finger on a key indicating how quickly the brain can control the muscles. When the body needs to start moving, the brain’s motor cortex sends signals to the spinal neurons to activate the muscles. For Parkinson’s Disease patients, dopamine-producing cells in the brain become inactive. Depressed patients often exhibit reduced motivation and motor function decreases, leading Dr. Hadjileontiadis and the team to consider dopamine the link between keystroke analysis working for Parkinson’s detection and depression diagnosis.

Depression may begin at any age, with an average age at onset in the mid-20s. Some individuals have isolated episodes that are separated by many years without any depressive symptoms, whereas others have clusters of episodes, and still others have increasingly frequent episodes as they grow older. In two-thirds of cases, the major depressive episode ends with complete recovery, but after the first episode, having a recurrent one is 60 percent likely. An unobtrusive app running in the background of the ubiquitous smartphone could help keep an eye on a person’s mental health and aid in supporting their diagnosis and recovery.