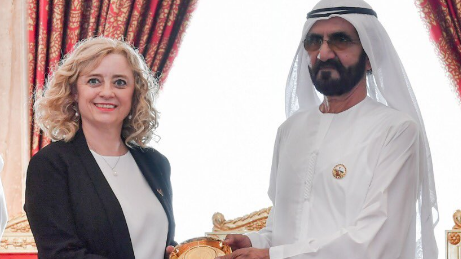 Two leading scientists have been announced winners of the Mohammed Bin Rashid Medal for Scientific Excellence. Professor Rachid Yazami and Dr Lourdes Vega each received the prestigious accolade at a ceremony on Tuesday. Prof Yazami, from Morocco, has contributed to the development of lithium-ion batteries for mobile phones. Dr Vega is director of the Research and Innovation Centre on CO2 and Hydrogen at Khalifa University.

KU to Host ‘Open Day 2020’ on 15 February for Ambitious Students Aiming to be Leaders in Science, Technology, Engineering and Medicine