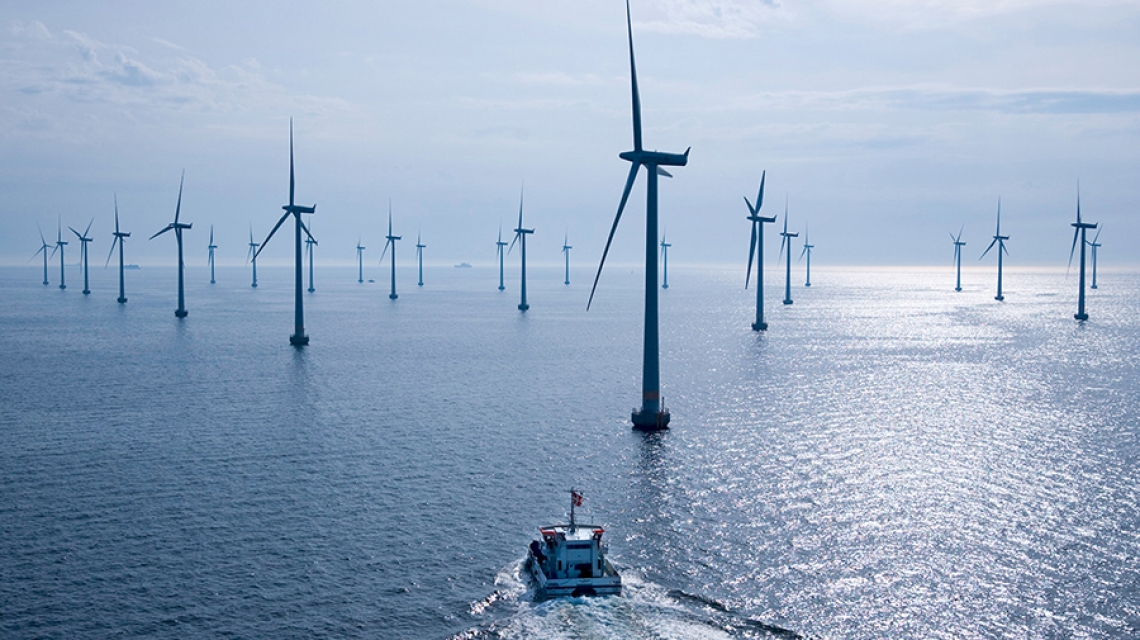 An alternative and slightly more efficient way to recharge the UAE’s natural water storage structures has been identified through a research project led by Masdar Institute faculty in collaboration with a research partner from the German-based Synlift Industrial Products.

With little to no natural fresh water in the UAE, the Abu Dhabi government started an initiative of filling an underground aquifer with fresh, potable desalinated water for emergency water reserves to increase water security.

The underground water storage facility in Liwa can store five billion gallons of desalinated water, which is enough to supply 190 liters of waterper person per day for 90 days in Abu Dhabi and its surrounding areas. A second underground water storage facility is also being constructed in Al Ain to further bolster the Emirate’s emergency water reserves.

However, the fresh water that is injected into these aquifers is produced through the same energy intensive and costly desalination process – known as thermal desalination – which produces most of the emirate’s drinking water today. The co-generation power and desalination plants that produce the bulk of the emirate’s electricity and water contribute to one-third of Abu Dhabi’s high carbon footprint.

The need to sustainably enhance the UAE’s water security is why the research team from Masdar Institute and their collaborator at Synlift Industrial Products chose to explore the viability of producing Liwa’s underground emergency freshwater reserves with desalinated water from a wind-powered reverse osmosis desalination plant. Their study reveals that such a system could produce one thousand liters of water at a cost of US$1.6 to US$2.1, which is slightly lower than the current cost of producing that amount of freshwater via conventional thermal-powered desalination, but significantly better for the environment.

“Being able to produce freshwater from a carbon-free power source such as wind, rather than from the greenhouse gas-emitting fossil fuels that currently produce the aquifer’s stored water, is a critical step towards eliminating the carbon footprint of seawater desalination plants in the UAE,” explained Dr. Hassan Arafat, Professor of Chemical and Environmental Engineering at Masdar Institute, and the project’s principal investigator.

Powering desalination plants with carbon-free sources like the wind could make it possible to gain the benefits of clean water without the climate impact. But wind is an intermittent renewable energy source that does not deliver power continuously. When wind speed decreases, power generation falls and as a result, desalination operations are reduced or disrupted.

However, Dr. Arafat’s team realized that such fluctuations in power supply would not adversely affect the production of water for Liwa’s underground water reserve, as it does not require a continuous daily supply of water. Instead, meeting an average annual or monthly target is enough, which is quite feasible even with variable wind energy.

“The requirements of producing water for underground storage aquifers are quite different from the requirements of producing water to meet the daily water needs of Abu Dhabi residents. While residents rely on a constant supply of freshwater each day, the underground storage facility requires a steady supply over the course of months. Changes in supply over the course of one day do not pose a threat to the stability of the storage aquifer,” explained Dr. Arafat.

The long-term supply needs of the aquifer storage system made the idea of coupling it to a wind-powered desalination plant much more feasible. The collaborative research team, which included Dr. Arafat along with MI Class of 2015 MSc student Savvina Loutatidou, former MI professor Dr. Taha Ouarda, and Synlift’s Robert Pohl, described their techno-economic assessment of a wind-powered desalination plant for water storage in a paper published earlier this year in the journal Desalination.

The first step towards successfully developing a techno-economic assessment of a wind-powered desalination plant involved selecting the type of desalination technologies best suited for the operation. The team designed and modeled a reverse osmosis (RO) plant equipped with a component called variable frequency drives, which allow the plant to operate with variable power input. This means that the RO plant is able to operate at a lower capacity in order to match its energy requirements to the available wind power, rather than just shutting down altogether when power supply decreases.

“Because you get variable amounts of water during the day from this kind of RO plant, it would not be suitable to use for domestic supply because for this you need to meet certain capacity on a daily basis. But it is fine if you want to couple it with aquifer storage, where you just need to meet the average annual capacity that the plant is designed for,” Dr. Arafat said.

The next step involved identifying the most ideal spot to locate the wind farm that would be harnessing wind energy for the wind-powered RO plant.

A number of prime sites for the wind-powered RO plant were identified using the Geographical Information Systems (GIS) tool, based on a number of criteria, namely available wind speed power, land availability, road infrastructure, distance from the aquifer and distance from the pumping stations. The UAE wind atlas – which was established by MI’s Research Center for Renewable Energy Mapping and Assessment (ReCREMA) to accurately characterize the UAE’s wind resources – was instrumental in determining the ideal location of the wind farm.

The team ultimately identified three potential sites where the wind farm could be located, which coincided with areas where wind speed was on average as high as possible.

Because the UAE is known for having low-wind speed, Dr. Arafat explained that this is the reason MI partnered with Eng. Pohl from Synlift, as Synlift is a renewable energy-focused company that specializes in the development of wind turbines suitable for low-energy wind.

The final step involved putting all the data together into a techno-economic model to model the performance and determine the total cost of the wind-powered RO plant for the Liwa aquifer storage system, taking the levelized water cost (cost of producing one thousand liters of water) as the main cost indicator.

The team then simulated the performance of the RO plant with the turbine models supplied by Synlift, performance models of the RO plant, and annual average wind speeds. To determine the cost, they utilized the wind turbine cost figures provided by Synlift, coupled with cost figures that the MI team had collected from previous RO studies. Using common protocols, they estimated the total cost of the project, including operational costs like labor, spare parts, insurance, etc.

“These numbers don’t take the environmental benefits of our approach into account,” Dr. Arafat remarked. “If included, the wind-powered RO option would be even more appealing as it can actually achieve lower costs in terms of carbon emissions savings or carbon credits.”

A problem as complex and dynamic as turning saltwater into freshwater with minimal impact to the environment requires many potential solutions. That is why Masdar Institute has been conducting a range of robust research and development projects focused on minimizing or eliminating the UAE’s desalination-related greenhouse gas emissions through the development of sustainable and affordable desalination technologies. In fact, Dr. Arafat has been investigating the potential pairing of other renewable energy sources, including solar and geothermal energy, to supply Abu Dhabi’s water needs.

“Wind may not be the most optimal way to power the UAE’s desalination plants since the country has considerably low wind speed, but nonetheless we felt it was a good idea to explore the potential of utilizing wind-powered desalination in order to gain a solid knowledge base of the local experience and be prepared in case new generations of wind turbines that are more efficient and cost-effective emerge in the future,” Dr. Arafat remarked. “We are here to help with these kinds of studies, and broaden everyone’s understanding of what’s possible in the UAE.”