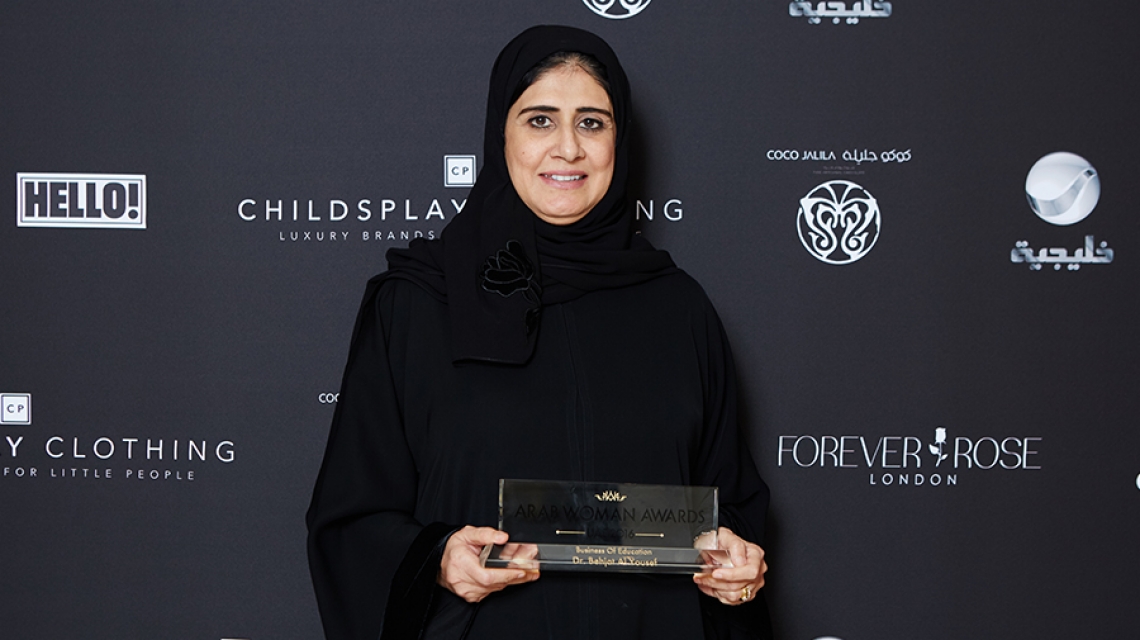 Dr. Al Yousuf, who is Masdar Institute’s highest official, was one of 20 inspirational women leaders in the UAE who were honored with the Arab Woman Awards, which aim to recognize successful women in business, education, entrepreneurship, media, government, literature, and other fields. Since its launch in 2009, the awards have become a powerful platform for recognizing role models for a new generation of young women.

Upon accepting the award, Dr. Al Yousuf said: “I am honored to receive the Arab Woman Awards UAE. This award exemplifies the vision of the UAE’s leadership for creating opportunities for women to contribute to the development of the UAE, especially in science and technology. The UAE has consistently remained a pioneer in advancing and empowering women in the Arab world following the leadership’s initiatives. I offer my sincere gratitude to those who selected me for this award and my special thanks to those who continue to support women in the fields of science, technology, engineering and mathematics (STEM).”

This year’s edition of the awards also saw a special tribute paid to the late Ameera BinKaram, who had been the Chairperson of the Arab Women’s Award jury for the last four years.

Under Dr. Al Yousuf’s stewardship as interim provost, Masdar Institute has continued to make remarkable achievements in empowering women. At present out of a total of 456 students, 51% are female. There are also 14 women faculty members out of an overall 91 faculty.

With a successful 26 year track record in higher education leadership and advancing science and technology in the academic sector, Dr. Al Yousuf has already been honored with several national awards. She received the prestigious United Arab Emirates Business Women Award for Career Achievements in 2006 and Sheikh Rashid Award for Scientific Achievement, in addition to outstanding community and leadership awards. In April 2008, the Institut Européen d’Administration des Affaires (INSEAD) business school and The National newspaper deemed Dr. Al Yousuf one of 20 most influential women in UAE.

Additionally Dr. Al Yousuf is a member of a number of international and regional professional groups including the United Nations Global Alliances for Information Development (UN-GAID), World Federation of Women Engineering, International Taskforce for Women in Technology, Women Center for ICT and Women Educational Worldwide, and Dubai Quality Group. Her work has helped empower women to contribute to the UAE’s knowledge economy transformation by promoting women’s potential in the fields of science and technology.