Portable ultrasound machine with so many potential uses 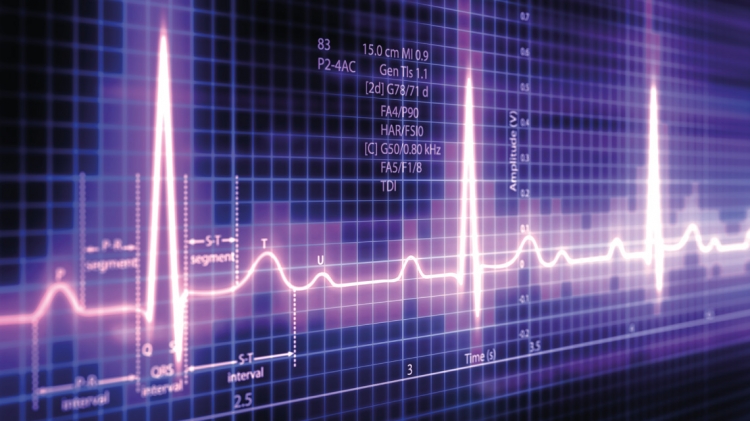 Imagine you’re working in a remote Antarctic research centre and you feel a lump that could be cancer. How do you check when the nearest hospital is days if not weeks away, and you can’t travel?
This was exactly the situation in which Dr Jerri Lin Nielsen found herself while working at the South Pole in 1999. She discovered a suspicious lump in her breast, and ended up having to perform a biopsy on herself to find out if she had cancer.
Now imagine if all Dr Nielsen had to do was to hold a smartphone over her skin to take a 3D ultrasound image that the phone would send to her doctor for diagnosis. It could provide an image so clear and so exact that it could save the time and pain of biopsy and ensure that crucial treatment was given right away.
Dr Nielsen had to manage without that. But a team of researchers at the Masdar Institute and Massachusetts Institute of Technology are working to make it a reality in the near future.
Current ultrasound devices are somewhat bulky, and mostly used to give doctors an idea about the health of a patient’s organs, muscles and other soft tissues – and, of course, the progress of pregnancy.
While some portable ultrasound technologies exist, they come with their own trade-offs, in cost, efficacy and even safety. Our research is focused on designing a portable ultrasound device that can be run anywhere, easily, quickly and safely, to help save lives.
One important challenge is increasing the image resolution. The sharper the image, the more useful it is.
For instance, an ultrasound that can resolve objects a millimetre or less across could help spot cancer in its early stages, when it is easier to treat.
Additionally, the ultrasound of the future needs to provide more than just a flat image. Three-dimensional information has far more applications – and while 3D ultrasound does exist, it uses a lot of energy and can only be used under certain circumstances.
To achieve this, we are currently exploring the use of a material plate on which ultrasound reverberations accumulate and can be “read back” to produce 2D images. Known as a piezoelectric microarray, this technology would allow much quicker and deeper penetrating scans for 3D imaging.
By avoiding the high voltage demands of the capacitive transducers that are usually used to turn ultrasound waves into an electrical charge, the 3D ultrasound we aim to design will be lower energy, allowing it to be built into smaller, more portable devices.
Our research thus far has yielded positive results, and already two patents have been filed based on our findings. It is our hope that through this research we will take a step closer to the type of portable 3D ultrasound technology that can be used to make medical diagnostics far easier, quicker and more convenient.
Equally importantly, this technology can be put to use in many new areas.
One very promising application is in cars that drive themselves. Real-time 3D ultrasound in a car could be used to measure and locate all the obstacles around the vehicle at any time, preventing accidents and improving navigation.
It could also be used to map areas and track objects, in applications such as remote sensing in the oil and gas industry, or security.
It could even be used for gaming, improving on current motion-sensing input devices, such as the X-Box Kinect.
With this innovation we hope to contribute to the UAE economy by providing valuable intellectual property that will help the country become a leader in health care technology.
We are also producing a new generation of Emirati engineers and technicians to take their place in the future knowledge economy.
Dr. Firas Sammoura is assistant professor of microsystems engineering at the Masdar Institute of Science and Technology.
Don't Miss It