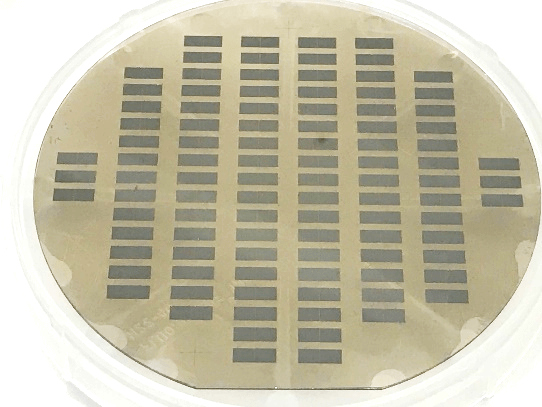 Researchers at Khalifa University’s System-on-Chip Center file patent for a novel low-cost glucose sensor that can measure glucose at neutral pH conditions, resulting in a lower-cost and more compact device

The World Health Organization estimates that over 382 million people worldwide have diabetes, a metabolic disorder affecting blood sugar levels. The underlying cause of diabetes varies by type but each type can lead to excess sugar in the blood, which could cause serious health problems. For all patients, blood sugar monitoring plays a role in treatment.

A research group led by Dr. Heba Abunahla, Postdoctoral Fellow of Electrical Computer Engineering at KU’s System on Chip Center (SoCC), has developed a novel low-cost non-enzymatic glucose sensor for adults. While glucose sensors are not revolutionary in themselves, the distinguishing property of this sensor is its ability to measure glucose at neutral pH conditions. The sensor is the result of a cooperative effort with faculty from the departments of Chemistry (Dr. Maguy Abi Jaoude), Mechanical Engineering (Dr. Anas Alazzam), and Electrical Engineering and Computer Science (Dr. Mahmoud Al-Qutayri and Dr. Baker Mohammad).

“Our solution is unique because it can work at pH 7. In all the previous literature on available copper oxide-based sensors, the human fluid that was tested needed to be diluted to pH 13 for the glucose sensing device to respond,” said Dr. Abunahla. “Showing that we can still sense the glucose and distinguish the added concentration at neutral pH means that we can directly measure the glucose concentration for human fluid without dilution.”

While human blood is usually slightly alkaline and varies between 7.35 and 7.45, achieving glucose sensing at a neutral pH is essential to improving the sensitivity of the detection unit, with accuracy improving especially at diabetic glucose levels. This also means the device can be more compact and cost-effective as any dilution step is eliminated.

Continuous monitoring of glucose levels in people with diabetes is essential to managing the disease and avoiding the complications that can be associated with poorly-managed treatment. Diabetes is predicted to become the seventh deadliest disease by 2030 and involves either a deficiency in the production of insulin or the body’s inability to use its available insulin to process glucose.

Long-term complications of diabetes develop gradually, and the less controlled a person’s blood sugar levels are, the higher the risk of complications. Eventually, diabetes complications may be disabling or even life-threatening, as excess sugar can—for example—injure the walls of the capillaries nourishing the nerves, damage the glomeruli blood vessel clusters in the kidneys, and affect the blood vessels of the retina, potentially leading to blindness.

Glucose measuring devices are therefore crucial for patients and clinicians.

Sensors available on the market can be divided into two main types: enzymatic and non-enzymatic. Enzyme-based sensors use glucose dehydrogenase (GDH) or glucose oxidase (GOx), which interact with glucose molecules, resulting in an electrical response that can be correlated to the concentration of glucose.

“Although enzymatic glucose sensors are widely used, their short-term stability is affected by operating temperature, pH level, and humidity. They are also expensive to manufacture,” explained Dr. Abunahla. “This is why non-enzymatic glucose (NEG) sensors are being developed.”

Unlike traditional enzyme-based sensors, NEG sensors allow glucose to be oxidized directly on the surface of the sensor, without the need of glucose dehydrogenase or glucose oxidase. Atoms at the surface act as electrocatalysts, resulting in high stability, repeatability, and cost-effective fabrication.

“Different materials have been used to develop NEG sensors, and although each material has its own advantages and limitations, metals and metal oxides have attracted the most attention,” said Dr. Abunahla. “This is because of our well-developed understanding of the electrocatalytic mechanism of glucose oxidation in such structures.”

Among the metal oxide materials used, copper oxide (CuO) is considered one of the best for NEG sensing due to its natural abundance, low production cost, high stability, and appropriate redox potential.

“Our glucose sensor structure is based on copper oxide and is capable of differentiating dissolved glucose levels in a liquid sample from as low as 2.2mM (millimolar) when the liquid sample is at neutral pH,” explained Dr. Abunahla.

The ability to operate at neutral pH facilitates the device’s integration with other blood substance sensors and is advantageous for the development of future lab-on-chip structures for real-time health monitoring.

The glucose sensor structure developed by the Khalifa University team is known as MOMSense and can be integrated into a microfluidic platform—a micro-scale device that includes a system of micro-channels—that serves as a miniature lab-on-chip. It is also cheap to mass produce using a wafer-style fabrication process. Each device comprises a CuO layer sandwiched by a pair of first and second platinum (Pt) electrodes. The CuO surface extends around and below the metal electrodes and rests on a substrate layer, which can be any suitable inert structural layer, such as, but not limited to, glass. The sensor was fabricated in the cleanroom on the Main Campus, the room having been established by Dr Alazzam, one of the project’s collaborators.

“Our tests have demonstrated that the novel planar Pt/CuO/Pt structure enables the non-enzymatic sensing mechanism at neutral pH. The MOMSense device exhibits a synergistic role for the interfaces between the Pt electrodes and the CuO surface to both act as electrocatalysts and also facilitate the glucose oxidation needed for glucose detection in the absence of glucose dehydrogenase or glucose oxidase,” said Dr. Abunahla. “The Pt electrodes enable the glucose oxidation to take place in a neutral solution and the MOMSense device is in line with the requirements for a viable non-enzymatic glucose sensor in terms of sensitivity, stability, accuracy, ease of fabrication and ability to meet the International Organization for Standardization standards.

“The vision for this sensor is to be part of a wearable or handheld glucose system that can periodically test the concentration of glucose in a person’s blood. Its unique ability to measure glucose at neutral pH conditions makes it a low-cost and more compact device, for which we have filed a patent to bring smaller and cheaper medical devices to diabetes patients.”