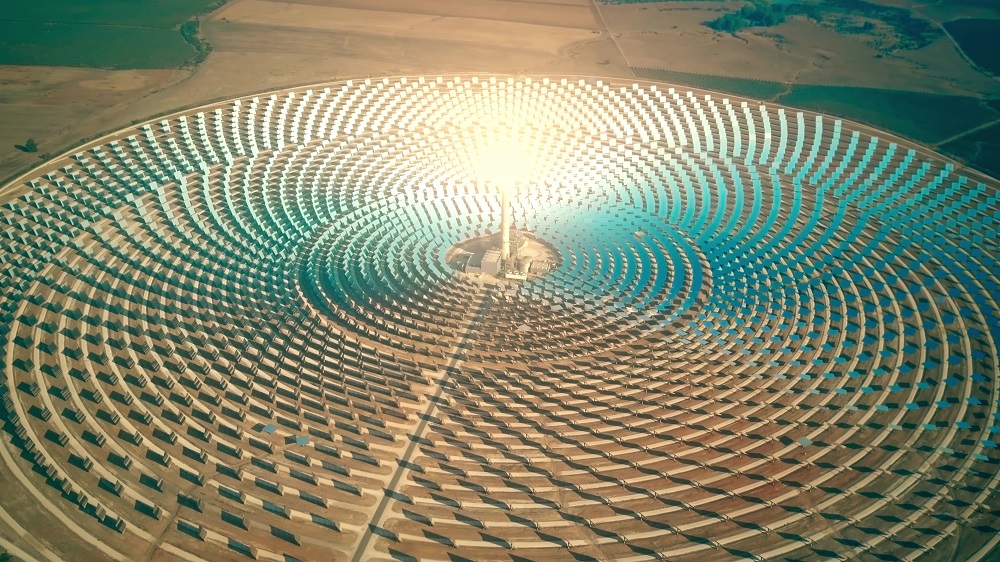 Solar panel efficiency usually concerns how much of the sunlight hitting the panel is converted into electricity, but the temperature of the panel in direct sunlight on a hot summer day can significantly impact its performance. Unlike solar panels, however, solar thermal collectors (solar absorbers) which collect heat by absorbing sunlight, need to reach high temperatures to perform their intended functions.
Solar absorbers need to withstand very high temperatures for use in applications such as power generation. Unlike traditional solar panels, solar absorbers are specifically designed to withstand high operating temperatures. To enable the solar collectors to produce as much thermal energy as possible, absorber coatings are used. These coatings also need to withstand high temperatures, particularly for use in applications like concentrated solar power, as higher-temperature solar heat results in higher power generation efficiency.
Now, a new coating has been developed by a team of researchers at Khalifa University, led by Dr. Tiejun Zhang, Associate Professor of Mechanical Engineering, that works in very high temperatures up to 1050°K or 776°C.
“The more efficient the absorber coating is, the greater the solar collector’s output. Highly efficient solar-thermal energy conversion requires absorbers that can harness the full spectrum of sunlight, emit minimal heat, and maintain structural stability at high operating temperatures,” explained Dr. Zhang. “Our team has fabricated a new refractory nanocomposite which works in very high temperatures, making it suitable for applications here on Earth and also in space.”
Dr. Zhang and his team shared the development and efficiency of their solar absorber nanocomposite in a paper recently published in Advanced Optical Materials and a patent has also been filed for the new technology. The team comprised Dr. Aikifa Raza, Research Scientist, Afra Alketbi, PhD student, Dr. Rajakumar Devarapalli and Dr. Hongzia Li, both Postdoctoral Fellows, from the Khalifa University Department of Mechanical Engineering. Funding support was provided by the Alibaba Cloud-Khalifa University Joint Innovation Laboratory of Artificial Intelligence for Clean Energy and the Abu Dhabi Award for Research Excellence.
For industrial and commercial scale applications, increased operating temperatures are necessary to lower the cost of electricity when using concentrated solar energy. As such, operating temperatures in excess of 600°C are desirable for state-of-the-art systems.
Thermal stability at high operating temperatures is one of the most important criteria for solar absorber coatings but it is not the only concern. The coatings must allow the absorbers to absorb as much of the solar spectrum as possible while limiting oxidation, a chemical reaction that degrades the coating.
Commonly used solar absorber coatings are made from various composite materials, including cermets (materials composed of ceramic and metal), but their use in real-life applications has been impeded by their intense fabrication requirements, limited oxidation tolerance and high-infrared emissivity (their tendency to emit infrared light instead of absorbing it).
Dr. Zhang’s team has developed an ultrathin nanocomposite solar absorber using amorphous silicon carbide containing tungsten nanoclusters, which offers ‘ultrabroadband omnidirectional light absorption properties.’ Despite being less than 100 nanometers thick, this material can absorb nearly all the light in the ultraviolet to visible range from sunlight, absorbing 95.45 percent of the solar energy that hits it.
“Compared to traditional designs, we have developed a cost-effective absorber coating with a pair of silicon carbide-tungsten degradation-resistant nanocomposites,” explained Dr. Raza. “Here, the key point is to capture sunlight as efficiently as possible, meaning you have to do two things that compete with each other: first, absorb as much energy from the sun as possible, but secondly, not re-radiate that energy. Our ultrathin absorber demonstrates 95.45 percent absorption of the total incoming solar energy with thermal emission loss below 5 percent at ambient temperature.”
“Its superior thermal stability, oxidation resistance, and outstanding solar absorptance make this coating unprecedented compared to existing coatings,” added Dr. Zhang.
Besides concentrated solar power generation, the high-performance solar absorber can also be integrated into other solar thermal systems, such as solar water heaters, solar thermal photovoltaics and solar thermochemical catalysis. Additionally, nanomaterials can offer significant cost savings, especially when scaled up in industrial settings, while also saving weight for applications related to spacecraft.
“I am proud of this work, as the entire research, from conceptual design, numerical simulation, and nano-fabrication to device characterization was completed locally at Khalifa University,” said Alketbi. “I believe this work can motivate other students to innovate in the field of solar energy and sustainable development which is so relevant to our region.”
Jade Sterling
News and Features Writer
17 June 2020 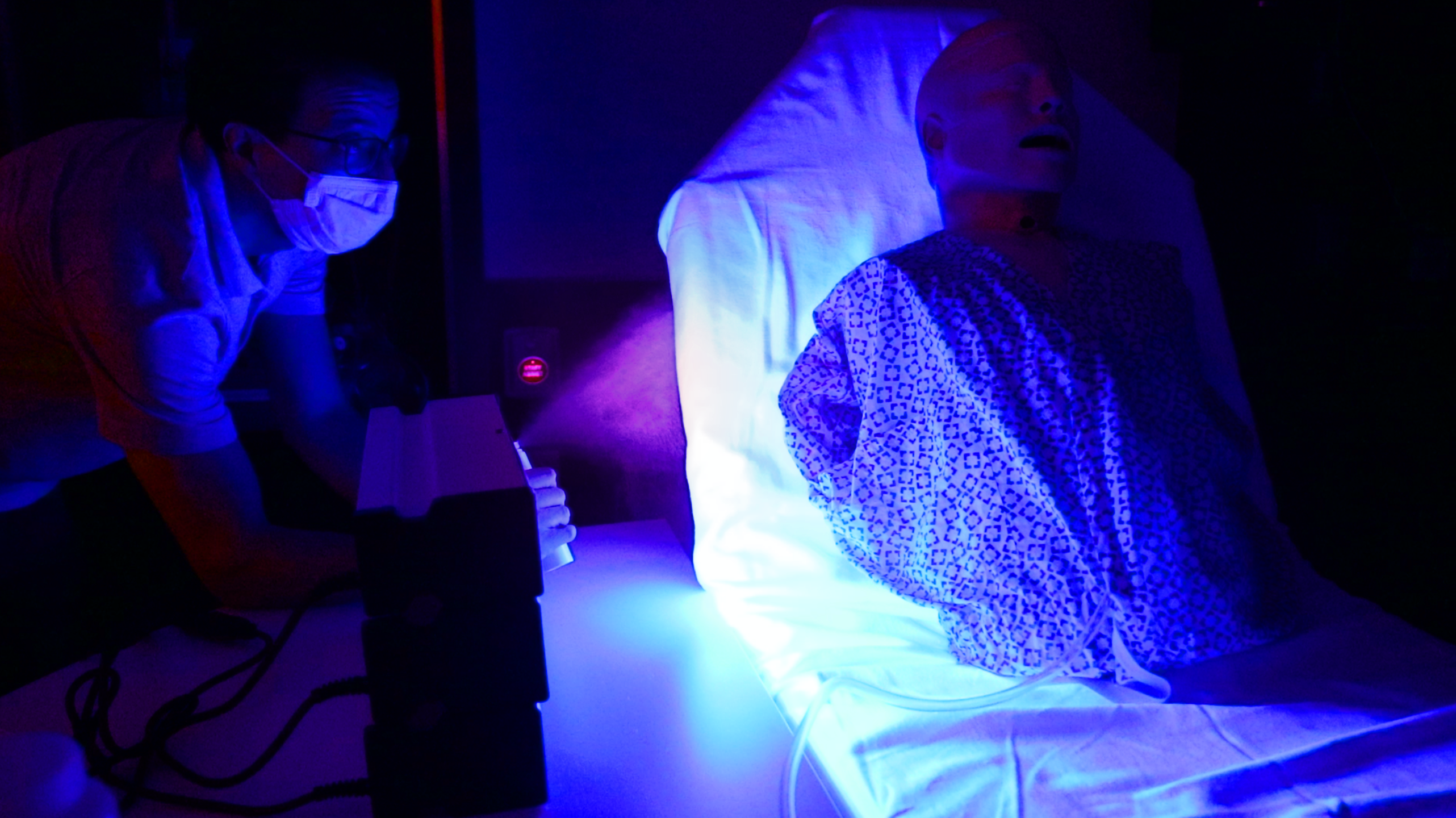 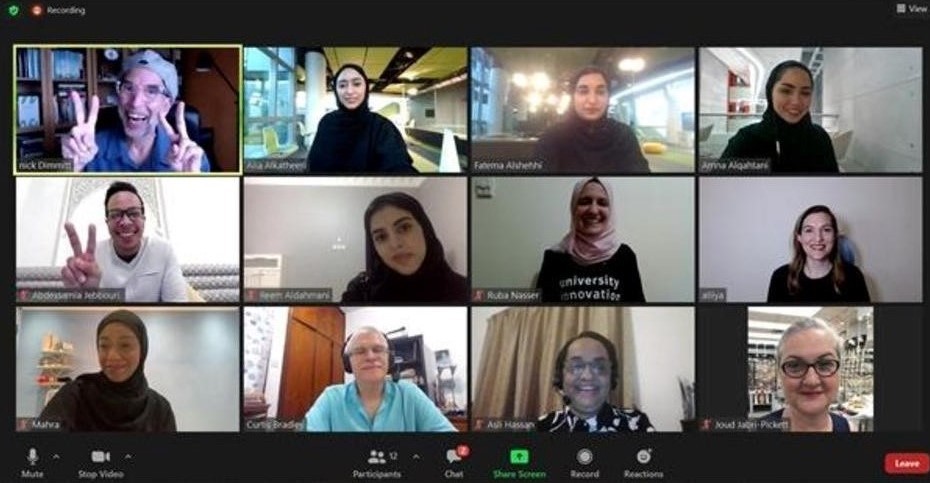