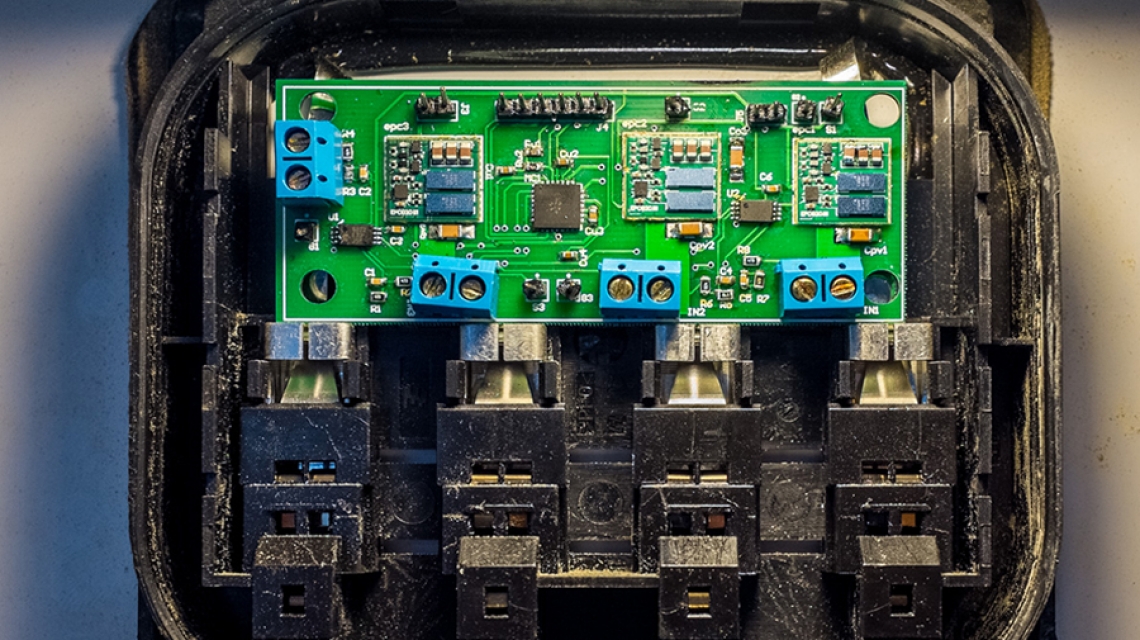 This is because technological limitations prevent solar panels – which amplify and boost the electric current generated by multiple solar cells – from supplying all the electricity they generate to the electric grid. However, a team of researchers from the Masdar Institute may have discovered a way to overcome these technological limitations in the most popular PV connection system through a novel, low-cost and easy-to-install device that could significantly increase the amount of power generated by the system.

“The problem occurs in series-connected solar panels (which is one of the most common ways of connecting solar panels for distributed PV systems), when solar modules are experiencing varying levels of irradiation or temperature. This can result from sporadic clouds, dust accumulation on the PV panels, or uneven air ventilation. In these instances, the current generated by each module is different,” explained Masdar Institute Research Engineer Omair Khan.

The device developed by Khan and Masdar Institute Associate Professor of Electrical Engineering and Computer Science Dr. Weidong Xiao aims to optimize the power output of the series-connected solar panels. Series-connection is how the majority of PV panels are connected in a PV system and to electrical grids, including small-scale rooftop PVs and large-scale solar power plants.

Khan and Dr. Xiao think they discovered a way to get around this “lowest current” limitation that series-connected solar panels face, through their device – called a “submodule integrated converter” – which tracks and feeds each of the three independently produced electrical currents for one solar module directly into the centralized converter, thus boosting the PV system’s overall power output, especially in the case of a current mismatch.

It does this by capitalizing on the key properties of gallium nitride, which is the material used to make the converter’s switches. Gallium nitride’s high electrical conductivity is able to convert 99% of the power produced by each submodule into electricity for the centralized converter and enables the device to be made small enough to fit into the existing junction box on the back of each solar panel. Thus, the device can be easily installed into existing solar panels without needing to retrofit or re-build conventional solar panel systems.

“Through this novel device, we are able to get more electricity out of conventional solar panels using a method that is easily scalable,” said Dr. Xiao.

The researchers plan to optimize the product and develop a ready-to-install version that is capable of withstanding the UAE’s harsh weather.