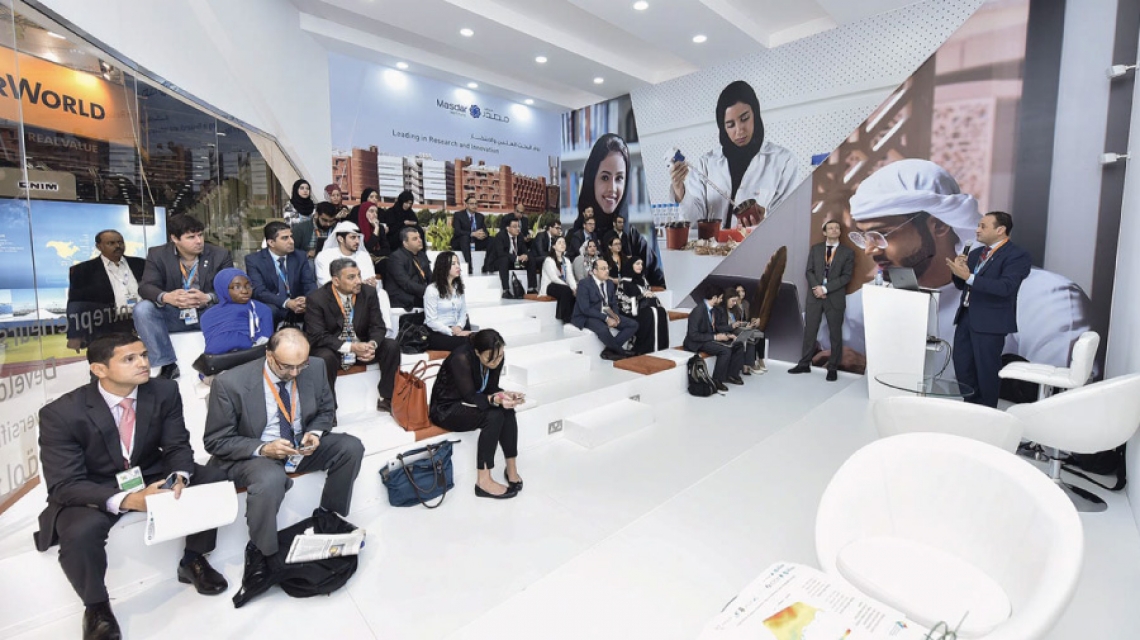 The Photovoltaic (PV) Performance Simulator, a web-based geographic information systems (GIS) tool for modelling and simulating the performance of utility-scale PV power stations in the UAE, was launched by Masdar Institute’s Research Center for Renewable Energy Mapping and Assessment (ReCREMA) on the sidelines of the World Future Energy Summit (WFES) 2016.

This is the first tool of its kind available for the solar PV industry in the UAE. The tool will be useful for solar plant developers and investors to simulate the performance of future plants with different solar technologies, allowing them to make better-informed choices regarding both the technology and location for future solar energy plants. This simulator is expected to also increase the knowledge about the UAE’s PV potential as well as investor confidence, thereby attracting more investors to its solar energy market.

Initially, the tool will be publicly available for a limited period of time. However, after the initial period, full usage of all tool functions will be limited to subscribers. Masdar Institute Research Engineer Arttu Tuomiranta has led the development work for this simulator under the guidance of Dr. Hosni Ghedira, Director, ReCREMA.

A demonstration of the tool’s functions and features was presented at WFES 2016, which is being organized from 18-21 January 2016 as part of the Abu Dhabi Sustainable Week (ADSW) 2016 at the Abu Dhabi National Exhibition Center (ADNEC). Officials from ReCREMA, Masdar Institute, the International Renewable Energy Agency (IRENA) and solar industry stakeholders were present on the occasion.

The UAE PV Performance Simulator is based on locally-validated optical and thermal models as well as solar resource and meteorological databases previously developed for the UAE at ReCREMA. Based on user inputs on the user-specified area, timeframe, and plant design of interest, the tool generates plant designs for every site location. It also maps the spatial variability of performance indicators at various time-scale resolutions: monthly, daily and hourly. These indicators include the plant’s capacity factor, performance ratio, and yield over the timeframe of interest.

At present, there is no open-access tool available where the performance of a user-defined PV power station can be mapped. Most available tools produce only single site estimates, but no maps. Furthermore, ReCREMA has unique access to the ground measurements of irradiance, based on which the solar resource model has been tailored to the specific climate conditions of the UAE. Therefore, the accuracy of the UAE PV Performance Simulator can be expected to be better than the other (single site-based) tools which are not based on local ground-measured irradiance data. Moreover, the range of user inputs offered in this simulator is wider than what normally offered in other performance modelling tools.

Dr. Ghedira explained: “The UAE PV Performance Simulator that we have developed is relatively complex and runs on Masdar Institute servers. It is meant for the first steps of feasibility analysis of utility-scale power plant projects. Since it is based on calibration from local ground-measured irradiance data, it is highly accurate. This tool cannot be compared to existing tools that are based on simplistic PV performance models and satellite data.”

The plant design parameters that the user can specify comprise plant capacity, module type, mounting method, and ‘array-to-inverter’ loading ratio. In addition to the simulation of a single plant’s performance, the difference in performance between two designs can be mapped by this tool. The tool is also equipped with illustrators for the monthly profiles and complete time series generated for various ambient and plant performance variables such as global horizontal irradiance, cell temperature, and plant output, at a single site location over a specific timeframe.