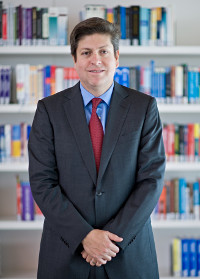 Abu Dhabi-UAE: 10 November, 2013 – The founding partners of the Sustainable Bioenergy Research Consortium (SBRC), the organization tasked with identifying commercially viable means for the production of sustainable aviation fuel and other forms of energy from converted plant material, today named Dr. Alejandro Ríos Galván as the Director of the Consortium.

The Abu Dhabi Government, Etihad Airways – the national airline of the UAE, The Boeing Co, and Honeywell’s UOP are the founding partners of the SBRC.

“Real progress in de-carbonising the aviation industry will come through innovation in technology,” said James Hogan, President and Chief Executive Officer of Etihad Airways. “We must find alternative sources for aviation fuel and use inventive means to find those sources. This is why Etihad Airways decided to partner with the Masdar Institute in the establishment of the Sustainable Bioenergy Research Consortium.”

Dr. Steve Griffiths, Executive Director, Institute Initiatives, Masdar Institute of Science and Technology, said: “The appointment of Dr. Ríos Galván is a key milestone for the Consortium and advances the efforts being made by Masdar Institute and our Consortium partners to obtain sustainable bioenergy solutions. His expertise and track-record in the field of sustainable aviation biofuels will ensure that ongoing projects gather momentum. We further believe he will act as a catalyst in helping the SBRC realize maximal impact from its research programs.”

“This pioneering work underscores the leadership the UAE is providing in identifying new renewable energy sources for aviation and beyond,” said Boeing Commercial Airplanes Vice President of Global Business Development & Policy, Billy Glover. “Fuel is the single biggest cost driver for airlines, so developing a stable, more sustainable supply will provide better economics, while ensuring the benefits of air travel for future generations.”

Dr. Ríos Galván, who is from Mexico City, was previously the Director of ASA Fuel Services where he oversaw the operation and management of a network of over 60 fuel farms. His work for ASA in the deployment of the Fuel Management System earned him an INNOVA award from the Federal Government of Mexico, an award granted to institutions and individuals who develop services that benefit society.

He was also the architect of “Plan de Vuelo” (the Flight Plan Towards Sustainable Aviation Biofuels in Mexico), an initiative promoting the development of sustainable aviation biofuel in the country. The objectives of Plan de Vuelo included reviewing the supply chain for sustainable biofuels and identifying and analyzing the missing links. This kind of in-depth review revealed the products, services and technologies required to create and sustain a viable aviation biofuels program.

Dr. Ríos Galván’s wealth of experience in designing Plan de Vuelo and in investigating pathways to biofuel technology will enhance his ability to work with stakeholders in this region to research appropriate methods for developing sustainable biofuels.

The SBRC’s flagship project is the Integrated Seawater Energy Aquaculture System (ISEAS), which focuses on the development of potential fuel feedstock. The ISEAS concept makes use of the nutrient rich waste from fish and shrimp farms by diverting it through an oil-producing feedstock called Salicornia, a saltwater-tolerant plant. The seeds of this plant produce oil, which can ultimately be used to produce alternative fuel for aircraft. The ISEAS project also seeks uses for the non-oil producing parts of the plant, such as the stems. Current technology allows these parts to be broken down to potentially create other forms of energy.

In meeting its objective to become a world-class research consortium, the SBRC will concentrate on optimizing the pathways to deliver sustainable alternative fuels for aviation.

“The SBRC is leading the charge to develop full-circle sustainable pathways that not only utilise biological feedstocks, but can also regenerate the ecosystems where they are produced,” said Jim Rekoske, Vice President and General Manager of Honeywell’s UOP Renewable Energy and Chemicals business unit. “Developing a regenerable solution will help offset the cost of biological feedstocks, making renewable fuel usage even more attractive.”