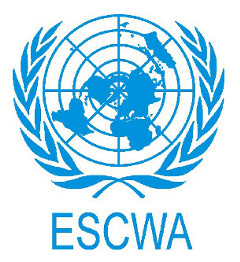 Abu Dhabi-UAE: 27 October, 2013 –The United Nations Economic and Social Commission for Western Asia (UN-ESCWA) and Masdar Institute of Science and Technology today announced they will jointly host an expert group meeting to assess the environmental and economic return from potential investment in carbon capture and storage (CCS) technologies in the ESCWA region.

The expert group meeting (EGM) on CCS which falls within ESCWA’s work program for the biennium 2012-2013 will be held from 6-7 November 2013 at Masdar Institute in Abu Dhabi, UAE. The meeting is titled ‘Carbon Capture, Utilization and Storage in ESCWA Member States: Enhancing the Sustainability of the Energy System in a Carbon Constrained Development Context’. Around 50 international experts will join professionals in the region and the CCS research team at Masdar Institute to tackle current important topics and issues in the area of Carbon capture, utilization and storage (CCUS).

Dr. Mohammad Abu Zahra, Assistant Professor – Chemical Engineering, Masdar Institute, explained that the two-day meeting will have three sessions on the first day while the second day’s proceedings will include two sessions that will conclude in a panel discussion. Some of the areas that will be addressed during the first day’s sessions will include ‘CCUS in enhanced hydrocarbon recovery (EHR) – policies and trends in the region’,‘CO2 capture technologies / CCUS infrastructure / large-scale CCUS projects in the region’, and ‘Geological CO2 storage potential in the region’. The second day’s topics will include ‘Building CCUS capacity in the region: academic, public and private contributions in advancing CCUS R&D’, and ‘CCUS legal and regulatory frameworks in the region: CO2 oversight / monitoring, measurement and verification’. The concluding panel discussion will focus on the viability of CCUS options and the way forward in the ESCWA region.

Dr. Fred Moavenzadeh, President, Masdar Institute, said: “The hosting of the EGM in Abu Dhabi illustrates the global importance of the UAE in addressing sustainability challenges. The Masdar initiative, Masdar’s implementation of renewable energy projects across the world and Masdar Institute’s remarkable contribution to human capital development have made Abu Dhabi a hub for future energy. We hope the discussions at the meeting will generate further interest among the stakeholders towards increasing projects collaboration, demonstration activities and investments in carbon capture technologies.”

Ms. Roula Majdalani, Director, Sustainable Development and Productivity Division, UN-ESCWA, said: “The latest Intergovernmental Panel on Climate Change (IPCC) Fifth Assessment Report  which was released this year noted that it is extremely likely that human influence has been the dominant cause of the observed warming since the mid-20th century. To avert further disruption to the climate system and prevent irreversible damage to our environment substantial and sustained reductions of greenhouse gas emissions must be pursued globally. While noting the international conventions and notably the principle of common but differentiated responsibilities, carbon capture, utilization and storage technologies (CCUS) are tools by which atmospheric carbon emissions can be reduced for the long-term benefit of humanity. The experts gathering for the UN ESCWA workshop at Masdar Institute in Abu Dhabi will focus on assessing the potential benefits the region can achieve environmentally and economically by adopting and deploying CCUS. We hope the discussions will bring crucially important issues to the fore and encourage public and private investors to explore this area.”

Scientists are already worried by the atmospheric concentration of carbon dioxide that has passed the 400 parts per million mark – something the earth has not experienced in several million years. According to the Energy Information Administration (EIA), currently the world spews a little less than 35 billion metric tons of carbon dioxide gas into the atmosphere every year. Nearly one fourth of this comes from burning coal, oil and natural gas for electricity and heat while another 20% is generated from large-scale industrial activity, including chemical, metal and mineral processing.

By 2040, global energy-related carbon dioxide emissions are expected to reach 45 billion metric tons. This amounts to almost 200 times the amount of CO2 naturally released by all of the planet’s land-based and undersea volcanoes combined in any given year. Such global trends offer a glimpse of the need to shore up resources and develop technologies that can handle alarming levels of CO2 emissions. The workshop at Masdar Institute in Abu Dhabi will seek to highlight the need to secure the earth against emissions especially through CCUS-related technologies which may benefit the world community.