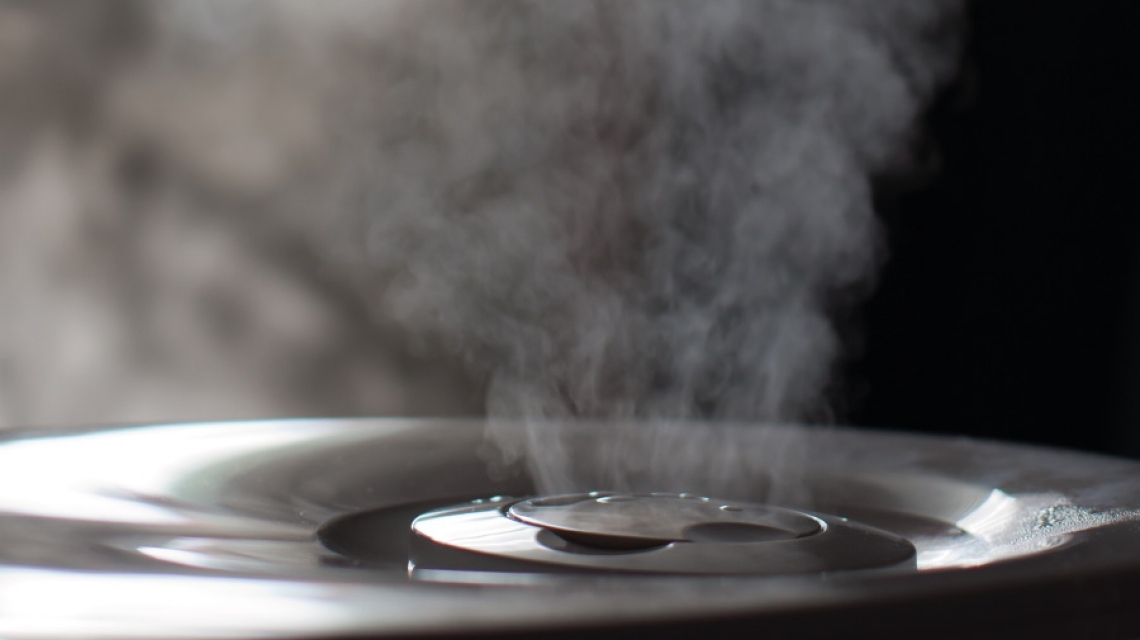 Harnessing the sun’s heat for steam-driven power generation may have gotten a little easier and cheaper in the long run, thanks to a team of engineers from Masdar Institute and the Massachusetts Institute of Technology (MIT), who have developed a system containing water with nanomaterials that converts sunlight to steam directly.

Unlike traditional solar-thermal receivers that produce steam indirectly by concentrating sunlight onto fluid-filled pipes, the receiver developed by Masdar Institute and MIT scientists avoids the energy losses that occur when heat is transferred from the pipe to the liquid, creating a much more efficient system for generating steam from sunlight. By adding nanoparticles to the fluids, the team created a solution that can reach the high temperatures required to produce steam without the expensive tools required to concentrate sunlight.

“We developed a system that uses nanofluids from carbon-based nanoparticles that absorb energy from a larger portion of the solar spectrum,” explained Md. Mahfuzur Rahman, a Masdar Institute PhD student who contributed to the research. “When exposed to a low concentration of sunlight, the nanofluids begin evaporating, producing steam that could be used for a wide range of applications, including water desalination, sterilization, power generation and industrial and residential heating.”

The nanofluid-based solar receiver the team developed features a container made of two concentric tubes. The outer tube is an insulator gel – made of aerogel particles that have impressive thermal insulation properties that minimizes heat loss – while the central tube holds the nanofluids and is left uncovered to absorb sunlight.

“The three different nanofluids that we use in our receiver are made with carbon black, graphene and graphitized carbon black,” explained Dr. Zhang. These black, carbon-based nanoparticles create black-colored nanofluids, which are able to absorb a larger slice of the solar spectrum.

“Black absorbs more of the sun’s visible light than any other color, so the nanofluids’ black color helped make them extremely efficient at absorbing sunlight, reaching thermal efficiencies around 69%,” Dr. Zhang added.

Ten suns are considered a low level of concentrated sunlight. Most concentrating solar power (CSP) plants, which focus concentrated sunlight onto a fluid-filled pipe to collect the sun’s heat, concentrate the equivalent of over 50 suns, reaching temperatures between 300 – 400°Celsius. To reach such high temperatures, sun-tracking equipment coupled with a vast array of mirrors and lenses are required, which end up accounting for up to 30% of a CSP’s total installed costs.

Because the nanofluid-based receiver does not rely on high temperatures or expensive sun-tracking tools to generate steam efficiently, and uses low-cost carbon-based nanomaterials, it may prove to be a cost-effective alternative to traditional solar thermal absorbing systems.

Additionally, the system provides a more efficient way of converting sunlight into steam than conventional methods. In a traditional CSP plant, the surface of fluid-filled pipes absorbs the heat from the sun, transferring the heat to the fluid inside, which then creates steam. This indirect form of steam generation is less efficient because much of the sun’s energy that is absorbed by the pipes is not transferred to the liquid. This is because at very high temperatures (such as those used in industrial-scale CSP plants) a large temperature difference forms between the surface of the pipes and the fluid inside, causing much of the heat that reaches the pipe to be lost in a process known as radiative loss.

By avoiding the use of heat-absorbing pipes, the nanofluid receiver absorbs sunlight directly, harnessing more of the sun’s energy and reducing the amount that goes unused.

The team hopes to expand on this proof-of-concept research by scaling it up to determine how efficiently the nanofluid-based receiver can operate at a larger scale.

This research project falls under one of the Masdar Institute – MIT active flagship projects, which are projects that bring together teams of faculty from both Masdar Institute and MIT to address key strategic research areas with the intent to build critical mass and make sizeable research impact for the UAE and the region.

Academic Programs, Research Innovation and Scholarship Options to the Fore at NAJAH 2015