MYSAT-2 Progresses to Next Stage of Development 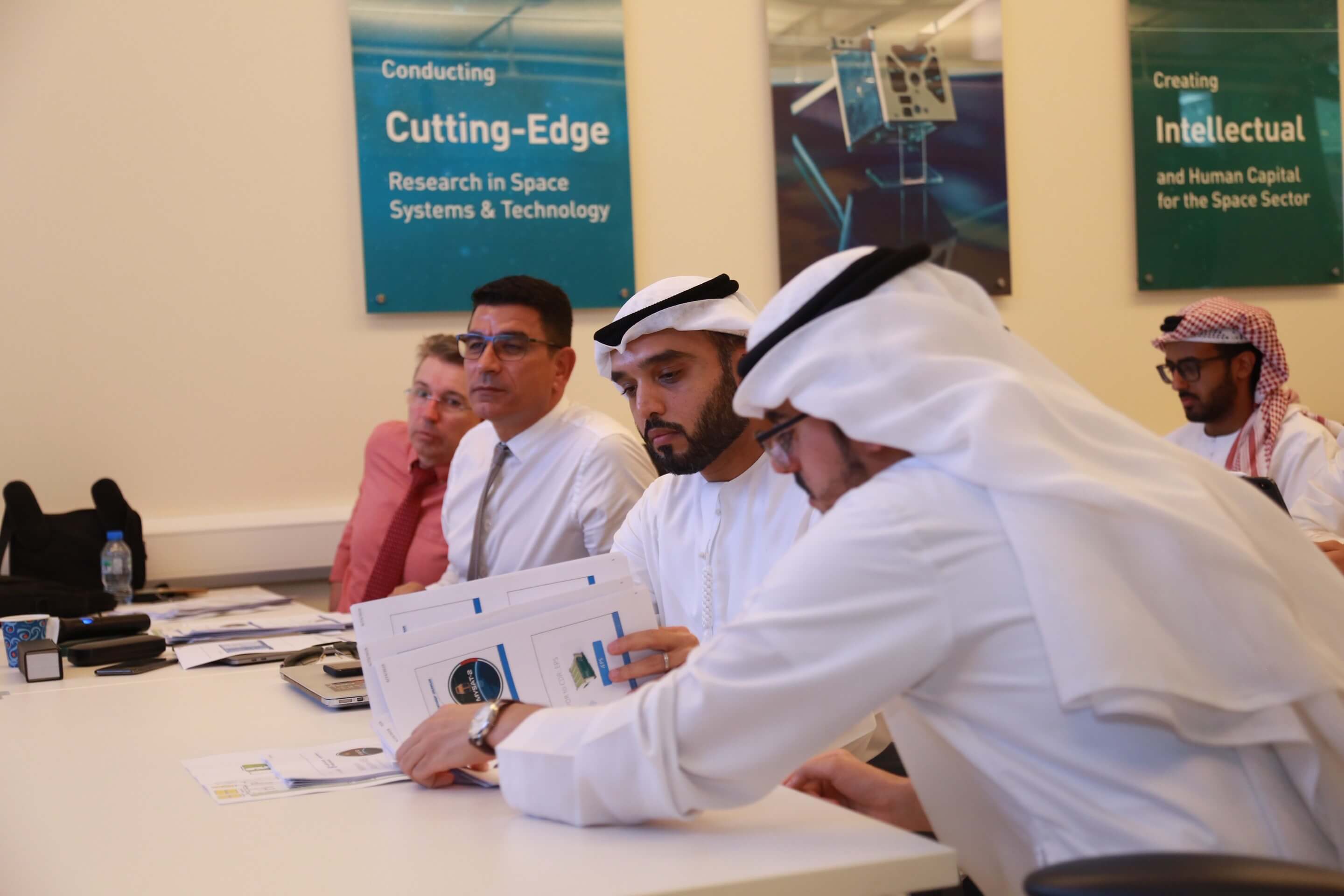 Once launched, MYSAT-2 will test student developed algorithms to determine the CubeSat’s orientation in space, estimated to be 15% to 20% more power-efficient

Khalifa University is a step closer to launching its second satellite, MYSAT-2, into space after meeting an important milestone – the Critical Design Review (CDR) on Sunday, 23 June 2019, which wraps up the satellite’s design phase and marks the start of full-scale production in preparation for launch in Q2 2020.

MYSAT-2 is the University’s second research satellite built by faculty and students in KU’s Space Systems and Technology program. Designed as a CubeSat, or a small satellite that measures 20 cm x 10 cm x 10 cm, MYSAT-2 will be built with custom software to stabilize the satellite’s ‘attitude’, or its orientation in space. A satellite’s attitude plays a critical role in determining the direction its cameras are facing.

The research team behind MYSAT-2 – which includes 10 graduate students, four undergraduate students, two faculty and two research engineers, along with engineers from industry partners Al Yah Satellite Communications Company (Yahsat) and Northrop Grumman – is implementing advanced attitude control algorithms to keep the satellite moving evenly through its orbit. The algorithms help determine and control the CubeSat’s orientation in space, and are estimated to be 15 to 20 percent more power-efficient, in comparison with traditional algorithms implemented on other spacecrafts.

MYSAT-1, the first CubeSat developed by Khalifa University at its Yahsat Space Lab that was launched into space on 17 November, 2018, and is expected to stay in orbit until 2021, has provided important learning opportunities to the team working on MYSAT-2.

“The successful completion of critical design review signifies another momentous occasion in the development of MYSAT-2 by our Space Systems and Technology Concentration students at the Yahsat Space Lab, with support from Northrop Grumman and Yahsat. We believe, like its predecessor, MYSAT-2 will represent our contribution to the UAE’s commitment to developing indigenous aerospace scientists, while establishing our students’ contributions to developing energy-efficient algorithms that determine the CubeSat’s orientation in space. This will help Khalifa University develop next generation satellites even more efficiently, and market the software systems to other satellite developers,” commented Dr. Arif Sultan Al Hammadi, Executive Vice President, Khalifa University.

The CDR review panel included experts from Yahsat, Khalifa University, and Northrop Grumman. The collaborative review panel assessed the programme’s readiness and confirmed that the technical efforts are on track to proceed into fabrication, demonstration, and testing, with performance requirements being met, on budget and on schedule. Full-scale fabrication of MYSAT-2 will now begin with several intermediate internal reviews, including a software demonstration, and the flight readiness review.

“MYSAT-2’s critical design review is a milestone for Yahsat Space Lab and the CubeSat programme. Working alongside Khalifa University and Northrop Grumman to support the programme, Yahsat aims to equip the rising generation with the skills they need to advance the UAE’s space agenda. Our focus now turns to the next stages of the programme and the launch of MYSAT-2, which promises to be another leap forward for the UAE’s space ambitions,” said Mona Al Muhairi, Chief Human Capital Officer at Yahsat.

“MYSAT-2, the second satellite from our joint collaboration with Khalifa University and Yahsat, promises to open up new research avenues in spacecraft attitude control,” said Frank DeMauro, Vice President and General Manager, Space Systems, Northrop Grumman. “We congratulate the Khalifa University students in reaching the important milestone of the Critical Design Review and look forward to working with them as they prepare the satellite for a launch on the Northrop Grumman Cygnus spacecraft in 2020.”

MYSAT-1 was built with two payloads, including a camera for Earth observation and an experimental lithium-ion coin cell battery developed by KU researchers. Primarily, the satellite served as an educational project for KU students. A number of pictures were taken using the onboard camera, and researchers are currently analyzing the data gathered on the battery’s performance. So far, the data has shown that the battery performed well in space.

“In MYSAT-1, we observed some issues in the software implementation that we missed during ground testing and are hoping to address them in MYSAT-2,” said Dr. Prashanth Marpu, Associate Professor of Electrical Engineering and Computer Science and Manager of YahSat Space Lab. “We are improving Fault detection, isolation, and recovery algorithms and are adding the capabilities to perform autonomous operations in the absence of communication from the ground station.”

Khalifa University is also supporting the development of a third CubeSat, called MeznSat, at its Yahsat Space Lab. The collaborative satellite project is being developed in partnership between the UAE Space Agency, Khalifa University and the American University of Ras Al Khaimah. MeznSat is a 3U CubeSat that will monitor and study the Earth’s atmosphere to monitor greenhouse gas emissions above the UAE region. MeznSat is scheduled to be launched in Q1 2020.

Khalifa University and UAE Space Agency have also partnered to develop the UAE Mini Satellite Challenge, which aims to provide students interested in the fields of engineering, material sciences, and physical sciences, the opportunity to develop technology and experiments for the space environment. In the first edition of the competition, 21 teams participated with over 150 students involved. The payload proposed by New York University Abu Dhabi (NYUAD) to detect terrestrial gamma ray flashes won the first prize. NYUAD and KU teams are now working together to realize the mission by developing the payload and the bus. The satellite is expected to be launched in Q2 2020.

“CubeSat programs like these provide hands on training for students and a unique opportunity to develop our own space components and gain flight heritage for our technologies,” Dr. Marpu shared. In the case of MYSAT-2, the team aims to get flight heritage for its attitude control software. Gaining flight heritage will help Khalifa University be able to develop next generation satellites even more efficiently, and provide the software to other satellite developers.

Through its space systems and technology concentration and dedicated space lab, Khalifa University is providing project-based learning for its students, enhancing human capital in the field of space and fostering future generations of Emirati engineers equipped with the skills and real-world experiences needed to develop the kind of breakthrough technologies required to ensure the UAE achieves its space exploration goals.

Checking in with Baby: Listening to the Fetal Heart at Home