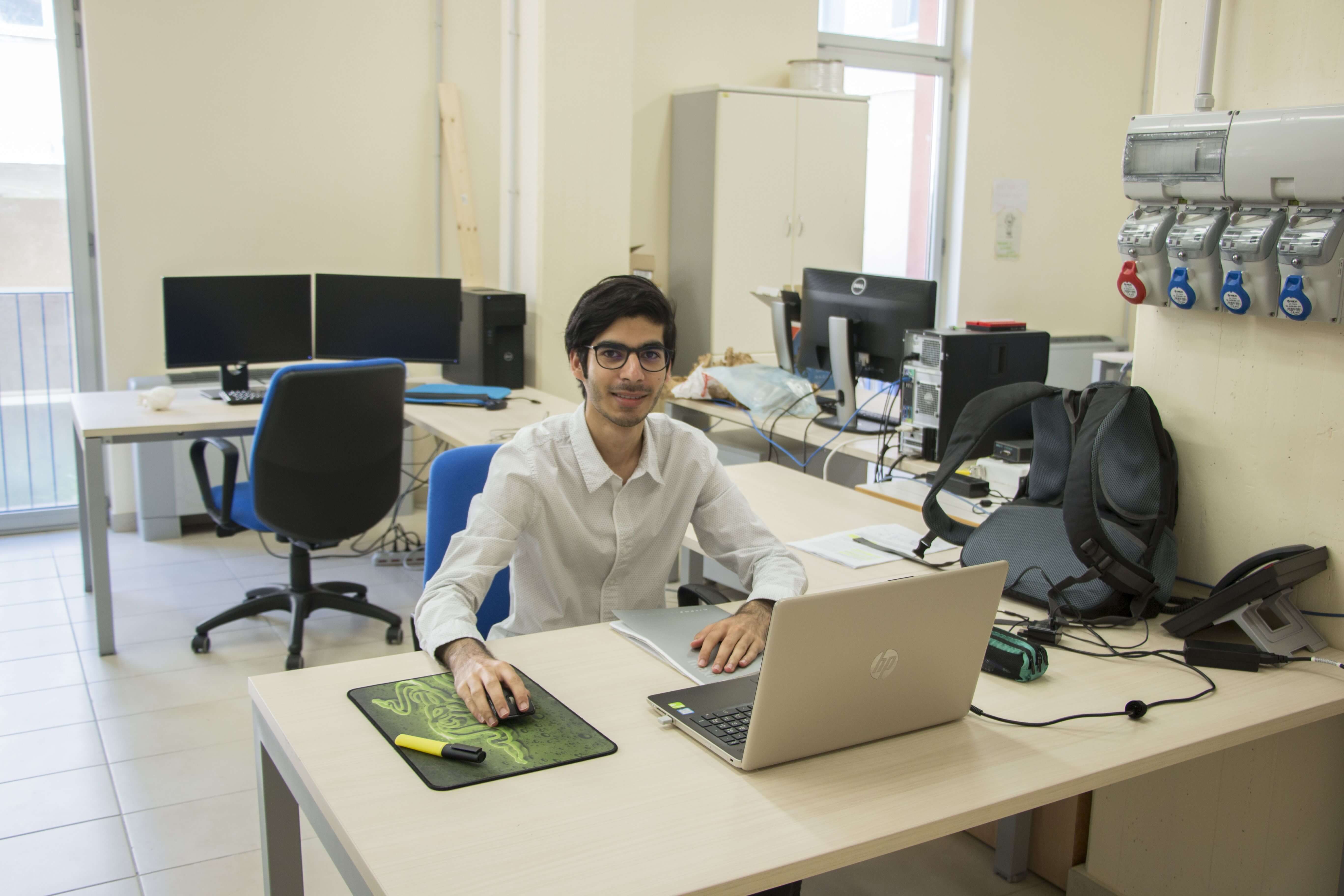 Over 40 organizations located in the UAE and 20 international organizations across the world, as well as some of the Khalifa University research centers and facilities hosted these interns throughout the summer for the internship program.

Among these interns were six students who completed their programs at prestigious organizations including the Abu Dhabi National Oil Company (ADNOC) and its group entities, Al Yah Satellite Communications Company (YahSat), Collins Aerospace and Dassault Aviation in France, as well as Italy’s Scuola Superiore Sant’Anna (The Biorobotics Institute) at Pontedera, and the Don Carlo Gnocchi Rehabilitation Center in Florence.

Additionally, a Material Science and Engineering graduate completed her internship in Antarctica, while two Khalifa University alumni interned at The Boeing Company for more than 18 weeks. The range of internships strongly illustrates Khalifa University’s commitment to offer students an opportunity to chart their future.

Interning at the Abu Dhabi National Oil Company (ADNOC) Drilling Company, Electrical Engineering student Sumaya Zaid Saeed Ali Alzubaidi realized the marked difference between the campus life of a student and an engineer’s schedule in a professional setting. During the internship, she was responsible for completing daily tasks for a project allotted by her mentor.

Alzubaidi, who chose ADNOC Drilling because of her special interests in ‘power systems’ and ‘instruments’ sectors, said: “During my internship at ADNOC Drilling, I learnt a lot about the electrical and mechanical components of the drilling rigs, and the different tasks of an electrical engineer.”

Chemical Engineering student Azza Mohamedbara Mohamedfaisal Ragheb Adi interned with the Gas Processing Pipeline Network Division at ADNOC. Site visiting was one of Azza’s main tasks which helped her to closely observe operations and equipment, thus relating theory to practice. She was also was involved in a project that updated the alarm system to ensure safety of operations at the ADNOC Division.

Adi, who emphasized the integral role of internship in a student’s life, said: “I learnt a lot about the oil and gas industry and was introduced to ADNOC’s essential values, which include 100% HSE (health, safety and environment) commitment. I also learnt about the nature of office and site work, which, I believe, will help me decide on my future plans, including my postgraduate studies.”

Communication Engineering student Khuloud Khaled Al Hamdi chose Al Yah Satellite Communications Company (YahSat), a global provider of reliable, innovative and affordable satellite connectivity solutions, for her internship because she felt the world is moving towards satellite communications. Besides, she wanted to do her internship at a place that would offer her the best opportunity to connect the theories she has learnt with the right work environment.

Al Hamdi said: “I was assigned to work with the Systems Engineering team from whom I learned about areas related to communications engineering and satellites such as link budget, channel coding, and digital communications. I also learned about various satellite components and the functioning of each component. Apart from this, I interacted with other teams to learn more about the company and how each team coordinates with the other.” Al Hamdi is now keen to do her Master’s after gaining a few years of work experience.

Almansoori said: “This was the first time I had to actively think about the task at hand and use all my knowledge. I also noticed how software engineers work at a typical engineering job. The sort of real-life implementation of the theories I learned at the university was truly an enriching experience.”

Almansoori added that he gained more insight into the functions of an aircraft’s communication software and devices. Though he never considered a career in the aerospace industry earlier, after the internship experience at Collins Aerospace in Toulouse he felt “it was not entirely impossible”. He believes he was lucky to find an internship program in a place full of software engineers who all had a lot of experience in areas where he is only a novice.

Aerospace Engineering student Ali Mustafa Abdulla Mohamed Almusawa chose aerospace pioneer Dassault Aviation in Bordeaux, France, for his summer internship because of its long history in designing and manufacturing civil and military aircrafts. During the program, he was responsible for improving the standards of the Rafale (fighter jet) slats assembly. The ‘slats’ are control devices in an aircraft’s wing.

Almusawa, who believes internship is the perfect opportunity for students to experience the workplace environment, said: “The internship at Dassault Aviation in Bordeaux gave me an excellent overview of the aircraft production processes and techniques, in addition to the latest technology used in military aircraft. I would like to use the knowledge I gained from this internship to improve and enhance the local aerospace industry.”

He said: “I have learnt how an engineer can play a vital role in healthcare research and believe that initiating collaborations between doctors and engineers would dramatically change the medical research industry.” Alzurahi will present his research outcome at the International Biomedical Engineering Conference to be held in Dubai in October 2019.

Earlier in the year, Material Science and Engineering graduate Tawaddod Alkindi became the first student to complete her internship at the Casey research station that is part of the Australian Antarctic station, located on Vincennes Bay in the Windmill Islands, just outside the Antarctic Circle. Also, two alumni – BSc in Mechanical Engineering graduate Sara Almahri and BSc in Aerospace Engineering graduate Hind Saeed Ahmad Mohd Amin – successfully completed their internships with The Boeing Company.

In addition to the summer internship program, Khalifa University also hosts an annual Internship Fair during which a large number of local and international organizations also participate and identify talented students for potential internships and possible future employment.