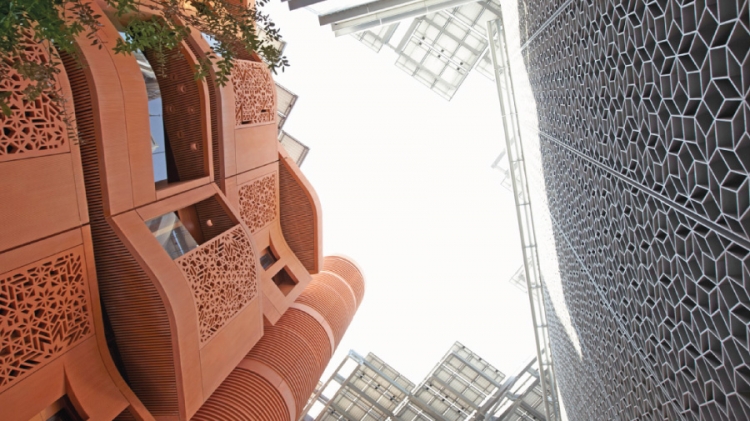 A large and growing chunk of the energy mankind uses goes toward keeping our buildings cool.

Worldwide, the figure is about 10 per cent, but in hotter climates – the Arabian Gulf, Africa, and South Asia – that figure can be much higher.

On the hottest day of 2008, building cooling accounted for more than 60 per cent of the electricity used on Abu Dhabi Island.

And as the number of buildings increases, so too will the impact of those that waste energy.

That is why there is an important need to develop efficient building designs that employ the best technologies in their construction.

At the Masdar Institute, I have focused on this problem and have tried to design cost-effective systems that allow buildings to use no net energy.

One integral part of these systems is “precooling”, which seeks to reduce the temperature in a building in a strategic way that helps save energy.

Very basic precooling has been practised for millennia through natural ventilation systems such as wind towers, which draw cool breezes into a home in the evening and early morning so the building mass can stay cool through the next day, and in modern times, attic fans.

Fans and open windows work in some climates, if one makes a habit of turning off the fan and closing windows when – shortly after sunrise – it becomes hotter outside that in.

But in climates as hot as the Arabian Gulf and South Asia, where even the nights are still too hot for comfort, a more sophisticated system is needed.

Part of the answer is low-lift cooling. Like the older, natural solutions, this shifts as much of the cooling as possible to night-time, allowing the condenser, which is the heart of a cooling system, to be effective at lower temperatures – therefore using less energy.

It requires a range of technologies, including variable-speed compressors and transport motors, radiant cooling with dedicated ventilation air dehumidification and distribution, cool storage, and advanced controls.

UAE construction practice, which uses concrete extensively even in residential buildings, is ideally suited to store the precooling effect.

In high-performance buildings, cooling loads will be much lower, on average, than in buildings built to current standards. Even so, they will need year-round cooling.

Low-lift cooling and high-performance building envelopes are hallmarks of green construction that are exemplified by sustainable cities like Masdar.

So far, our work on low-lift cooling with radiant distribution, thermal storage, and variable-speed chiller controls suggests we can achieve energy savings of between 60 per cent and 74 per cent for temperate to hot and humid climates, and between 30 and 70 per cent in milder climates with high economiser and night free-cooling potential.

The most effective low-lift chiller, distribution components and control strategies pinpointed by our project will be used in a pilot project in one wing of Masdar City’s newest buildings (Masdar Institute phase 1B, due to open in September 2012) while a smaller test is under way at the Masdar Field Station.

It is my hope that our work will not only change the way buildings are built across the world, but will also improve electrical energy distribution efficiency and reliability.

Once the systems we are developing are proven and ready for market, government policy and public action must follow if we are to provide our children with a better future.

Dr. Peter Armstrong is an associate professor of mechanical engineering at the Masdar Institute of Science and Technology

Credits for energy use aimed at conservation