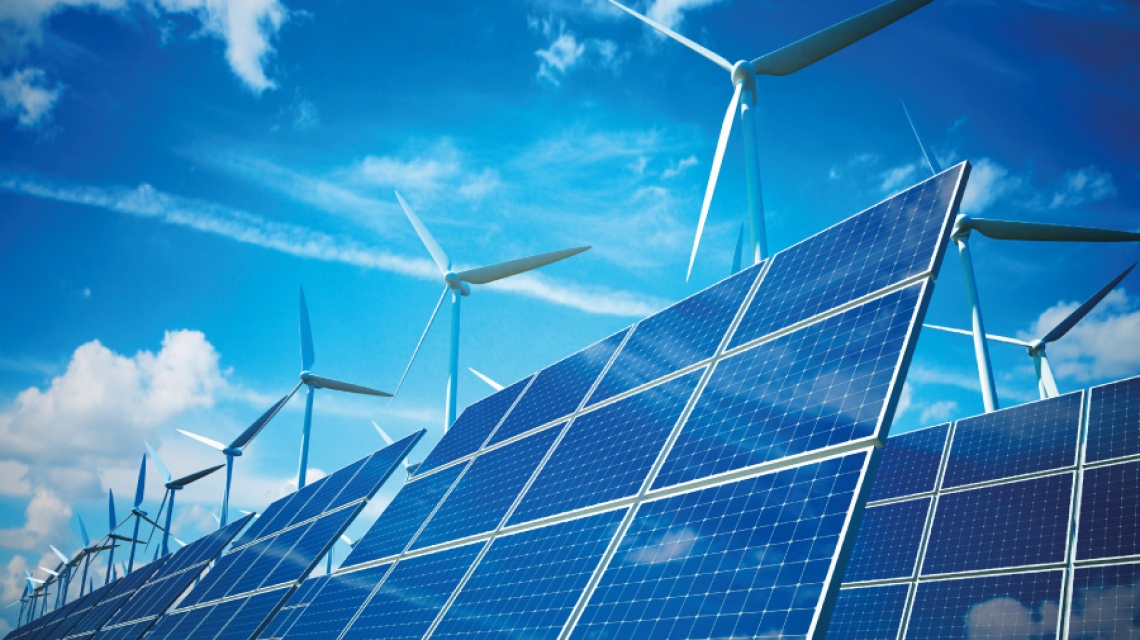 Abu Dhabi can make significant progress towards securing 7% of its power generation capacity from renewable sources by 2020 by leveraging the innovative wind, solar, and biomass technologies being developed at Masdar Institute. A team of researchers from the Institute recently highlighted these findings in a report called ‘The Greenwave Project’.

The Greenwave Project is a technology roadmap that outlines the most feasible way for the emirate to reach its 7% renewable energy target. Working with students and faculty from Columbia University in New York, USA, and experts from the Abu Dhabi Quality and Conformity Council (QCC), the Masdar Institute research team determined exactly the combination of solar photovoltaics, wind energy, concentrating solar power and biomass-to-energy technologies that would yield the greatest amount of power required to meet the 7% target at the lowest cost.

“We determined that Abu Dhabi will be able to achieve 7% of its power generation capacity from renewables, which by 2020 is estimated to be 1.4 GW of electricity, with 35% coming from solar photovoltaics, 30% from wind-onshore, 10% from wind-offshore, 5% from concentrated solar power with storage, and 20% from waste-to-energy,” said Dr. Jens Ejbye Schmidt, Head of the Masdar Institute Center for Energy (iEnergy) and Professor of Chemical and Environmental Engineering.

Dr. Schmidt and his team focused on these renewable energy resources in particular because recent innovations in wind, solar photovoltaic, CSP and biomass have resulted in highly-efficient technologies with relatively low costs, positioning them to become commercially-viable technologies for widespread implementation across Abu Dhabi in the next four years.

“The atlases helped us determine how much power we can realistically generate using commercially available technologies from the wind and the sun.

The atlases also show us where the best places are for the country to capitalize on this energy. For example, much of the wind we would like to capitalize on is offshore, which impacts the costs of electricity and was an important factor to consider in our recommendation,” Dr. Schmidt explained.

The report revealed that, under the assumptions of the study, onshore wind energy has the lowest LCOE, while solar thermal energy with storage has the highest. Another finding revealed that biomass-to-energy has the lowest EROI, while wind power has the highest. This means that the amount of energy expended to acquire the energy source from biomass is very high compared to the amount of energy obtained from it.

Despite onshore wind having the highest EROI and lowest LCOE, Dr. Schmidt did not support the idea of pursuing wind energy alone as the UAE’s renewable energy source for its required 1.4 GW of electricity in 2020.
“We believe it is important to diversify the technologies, which is what we are recommending in our report,” said Dr. Schmidt.

The Greenwave Project provides invaluable information to help Abu Dhabi achieve its 7% renewable energy target by 2020. The information from the study will be provided to Abu Dhabi government officials.

Research projects like the Greenwave Project demonstrate how Masdar Institute works to ensure that the UAE can affordably and effectively achieve its strategic goals.

The UN climate conference is just the beginning - gulfnews.com