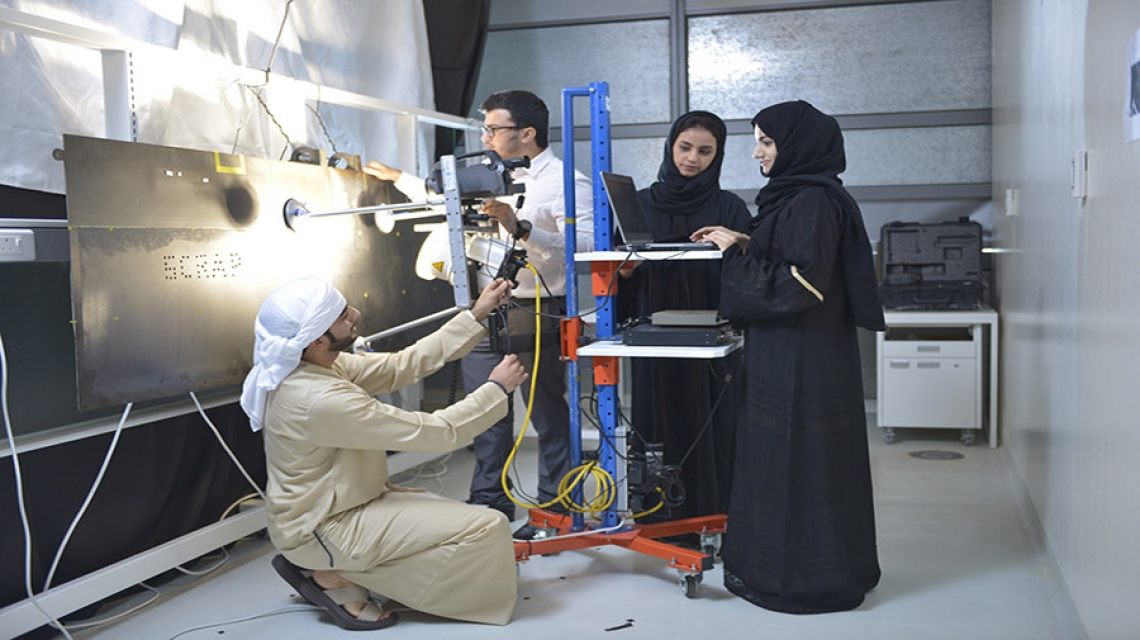 The Masdar Institute of Science and Technology has become even more relevant to the local, regional and global economy in these challenging economic times. That is why Masdar Institute has stepped up its efforts to support the UAE’s economic diversification with a heightened focus on achieving real world impact through human and intellectual capital-development activities, which look to produce the ideas, goods and high-worth professionals needed for the UAE’s high-tech industries,” said Dr. Behjat Al Yousuf, Interim Provost of Masdar Institute.

The UAE has been working towards a knowledge economy transformation as key to its diversified economy for the past few decades, with a focus on high-tech sectors including renewable and clean energy, transport, education, health, technology, water and space. Achieving this transformation requires three critical components – human capital development, commercialization of research and developing competitive high-tech industries – all of which Masdar Institute works to support.

A UAE government ministerial retreat was recently held in line with the UAE’s policy to further ensure its sustainable and diverse economic development goals.

Sheikh Mohammed bin Zayed, Crown Prince of Abu Dhabi and Deputy Supreme Commander of the Armed Forces, recently declared: “Shifting towards the post-oil era is a major transformation in our history as Emiratis: success is the only option. We want the UAE to be a success story in shifting our economy from relying on natural resources to relying on Emiratis’ skills and knowledge.”

Developing the skills and knowledge of the UAE’s people is part of Masdar Institute’s core focus. The institute has produced over 450 graduates since inception, 96% of which have found employment or enrollment into PhD programs. Many of the Institute’s alumni are now working at leading organizations including Microsoft, GE, YahSat, Mubadala, Siemens, and Nestle or studying at world-class universities including the Massachusetts Institute of Technology (MIT), New York University (NYU), University of California- Berkeley, and Imperial College, London.

Masdar Institute is also supporting the development of strong economic diversification in the UAE through a strategy that focuses on energy and water as key areas, underpinned by advanced materials and information science. In energy and water, the Institute is pursuing targeted research for the UAE’s most pressing needs, which include a strategically balanced energy system with renewables playing a key role, advanced cooling, power demand side management, desalination and water recycling and reuse.

Advanced materials and information science are increasingly becoming essential research and development platforms for the key energy and water thrusts as well as other  knowledge-intensive sectors that the UAE is targeting, such as aerospace, transportation, telecommunications and healthcare. R&D in these strategic areas is supported by partnerships with leading UAE companies and government organizations, which are striving to increase their competitiveness, and also leads to the development of technologies and knowledge that are platforms for new businesses that support the UAE’s economic diversification.

One research project that will impact an entire national sector and also potentially reduce operation costs for many businesses in the UAE is Masdar Institute’s collaboration with the Executive Affairs Authority (EAA), which seeks to establish new standards for air conditioners for the region. The optimized chiller control approaches and optimized chiller designs developed by this project could save 10% of all domestic energy consumption in the UAE. Air conditioning contributes to almost 70% of Abu Dhabi’s electricity consumption and represents sizeable portion of business facility running costs.

The Institute also aims to make  a significant contribution to the UAE’s economic diversification with applied research and development efforts, such as the opening of its Sustainable Bioenergy Research Consortium’s (SBRC) Seawater Energy and Agriculture System (SEAS) research facility next month. The collaborative and innovative undertaking uses desert land – irrigated by seawater – to produce both valuable food, energy, and bio-chemical products, which would be a precursor to commercializing the resulting products. The importance of SBRC to the UAE’s efforts in low-carbon aviation is also evident from role that both Etihad Airways and Takreer are playing as members of the consortium.

“The opening of the SEAS research facility will mark a significant milestone in the UAE’s efforts to develop sustainable new ways to utilize some of its underutilized resources, like desert land and seawater, to produce valuable products for its knowledge economy while preserving fresh water resources. Engagement with our local as well as international consortium partners is essential to achieving the intended economic impacts from the SEAS program,” said Dr. Steve Griffiths, Vice President for Research at Masdar Institute.

“Patents provide important protection for commercialization of technologies. Working with our Technology Transfer Office, Masdar Institute faculty and students are becoming increasingly focused on commercializing their research. We already see the potential for a handful of patent to serve as the foundation for UAE-based startup with applications ranging from skin treatment to solar resource assessment to medical diagnostics. Such diversity is central to the pursuit of innovation, where we find the best commercial applications for novel technologies developed while pursuing our core research thrusts,” Dr. Griffiths explained.

A key part of the UAE’s knowledge-economy transformation is achieving leadership in competitive high-tech sectors. In support of that need, Masdar Institute recently announced a raft of collaborations and agreements with local industry that builds upon numerous existing collaborations.

Aligned with its advanced materials platform, Masdar Institute  is collaborating with Strata Manufacturing, an advanced composite aerostructures manufacturing facility owned by Mubadala Development Company, to develop novel and advanced testing systems and methods for aerospace structures. This project has developed a fast and non-destructive way to test the parts of aircraft made from carbon fiber reinforced plastics (CFRP) that are integral to large aircraft, resulting in saved cost and reduced down-time for airplanes.

The resulting technique will be used and tested on the production lines of Strata Aerospace factories in Al Ain, which will also result in technology transfer and knowledge sharing between Masdar Institute and Strata. The team involved in this project, which includes two UAE National students, has filed four US patents. It is believed this collaboration will be of great relevance to the global advanced materials industry and help the UAE develop its aerospace sector to be regional and even global leader. The collaboration with Strata on non-destructive testing has led to recently launched collaborative work with Strata on intelligent systems for composite aerostructure component assembly. The new component of the collaboration leverages the Institute’s growing information science and smart systems platform.

The innovative CSP research conducted through the platform could lead to more affordable and efficient solar technologies, which could give a critical boost to the UAE’s solar power generation capacity while also providing technologies and expertise for customers across the region. Importantly, the research is aimed at developing capabilities to upgrade local waste streams for higher value energy storage products. This work complements the recent agreement between Masdar Institute, the UAE Ministry of Energy and Emirates Steel aimed at identifying new ways to create commercial value from steel manufacturing electric arc furnace waste.

The UAE is expecting to receive strengthened directives to support economic diversification activities in the country when the outcomes of the UAE Ministerial Retreat are released in the coming days. Four working groups were established at the retreat to propose ideas and discuss initiative relating to human capital, economy, government policies and community. The economy group, presided over by Sheikh Mansour Bin Zayed Al Nahyan, was particularly focused on transforming the UAE into a knowledge-based economy built on national capacity building, R&D, innovation and modern technologies.

“Masdar Institute looks forward to greater collaboration and support for the UAE’s economic diversification and knowledge economy transformation-focused activities, which we hope will result from the UAE Ministerial Retreat outcomes. We invite the country’s industrial, academic and government entities to join us in our efforts to develop the UAE into one of the world’s most advanced and prosperous knowledge economies. With their increased support and collaboration, we can produce more relevant graduates and intellectual property for the UAE’s advanced sectors,” Dr. Al Yousuf added.