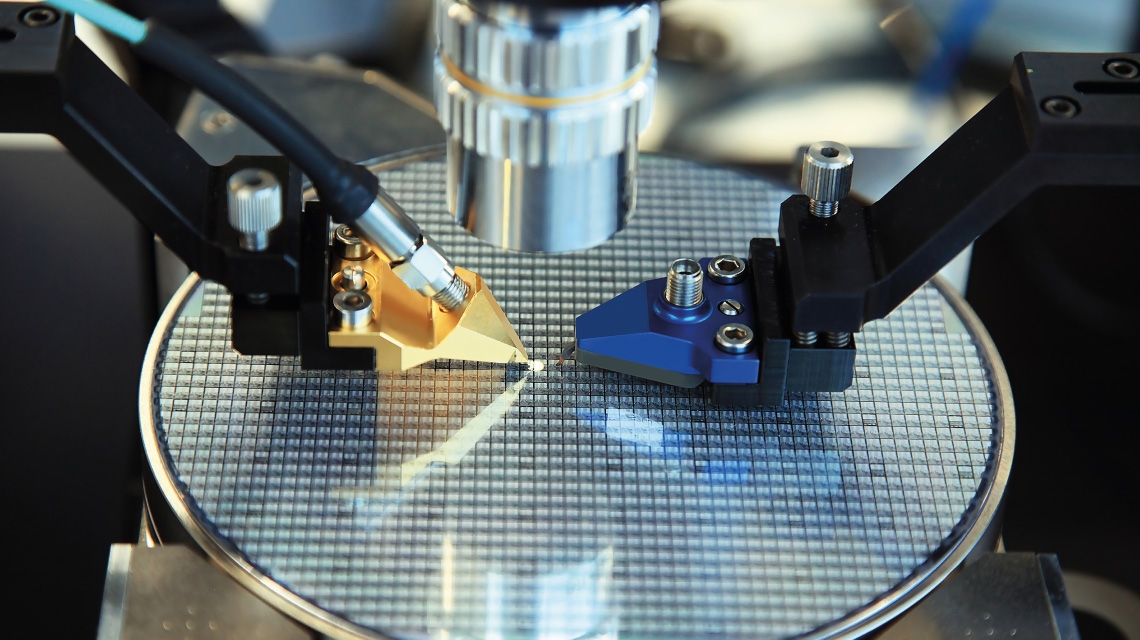 Turn your smartphone around in your hand. The display will change accordingly from landscape mode to portrait mode or vice versa, thanks to sensors that detect its motion and adapt to its new position, trajectory, or context.

Such sensors are everywhere – in phones, cars, wearable medical instruments, and very soon watches, clothing and shoes. And that’s just the start. In the future, we could expect to see them in skateboards, tennis rackets, baseball bats and soccer balls.

These tiny devices, also known as microelectromechanical systems (MEMS) are made in the very same semiconductor wafers that are used for our electronic chips.

The “system” in their name is especially appropriate because although their dimensions are in microns, each such device is in fact a system of its own, with mechanical and electrical components co-existing in the most intimate combination to execute a well-defined operation, be it of detection, measurement or actuation.

For instance, mechanical motions within MEMS accelerometers do not exceed a few nanometers in range, yet their properties and the sensitivity of their circuits make each MEMS device an engineering marvel that is orders of magnitude smaller than the beautiful precision mechanisms crafted by master European watchmakers.

But unlike handmade wristwatches – and very much like our electronic microchips – MEMS are mass-produced using fully automated fabrication methods that pattern the bulk and the surface of the silicon wafer to produce the static and moving components of the device.

Those fabrication methods also provide the contacts that enable these components to interface with the integrated circuits built off the same silicon wafer.

Such tight integration between the mechanical and electrical means that they are cheap to make, a key reason for the recent explosive growth of MEMS sensors in smartphones and tablets, from a US$600 million (Dh2.2 billion) market in 2009 to US$2.57bn last year and a projected $6.4bn in 2019.

With that in mind, the Masdar Institute of Science and Technology has embarked on a research program that aims to address some of the major integration challenges that the MEMS industry faces.

The MEMS activities at the Institute Centre for Microsystems Research are being conducted under the framework of a TwinLab with Singapore’s internationally renowned A*STAR Institute of Microelectronics.

They are being guided by GlobalFoundries Singapore with the support of Mubadala’s technology and industry unit, and the MEMS activities involve motion sensing, energy harvesting, ultrasound sensing, optical sensing and computer-aided design for MEMS devices.

This research focus is expected to help produce better MEMS devices across a spectrum of technologies including smart gadgets, healthcare and telecommunications.

In the area of digital cameras, the quality of the devices might improve significantly by including features such as MEMS-based zooming, autofocusing and thermal imaging.

Optical MEMS technologies might be integrated into smartphones to turn them into projectors, allowing us to display our slides or digital photos on walls, notepads, or airplane food trays.

MEMS are also expected to revolutionize the touchscreen of our smartphones by making them touchless!

Such technology could deliver medical-quality, ultrasound imaging into our smartphones and consequently help lower healthcare costs.

We expect that the successful execution of these research tracks through the bilateral Twinlab projects would not only position Masdar Institute’s students at the forefront of MEMS technological advances worldwide but also contribute to Abu Dhabi’s goals of building up the highly-skilled human capital to diversify the UAE’s economy.

Dr. Ibrahim Elfadel is professor of electrical engineering and computer science and head of the Institute Center for Microsystems (iMicro) at the Masdar Institute of Science and Technology