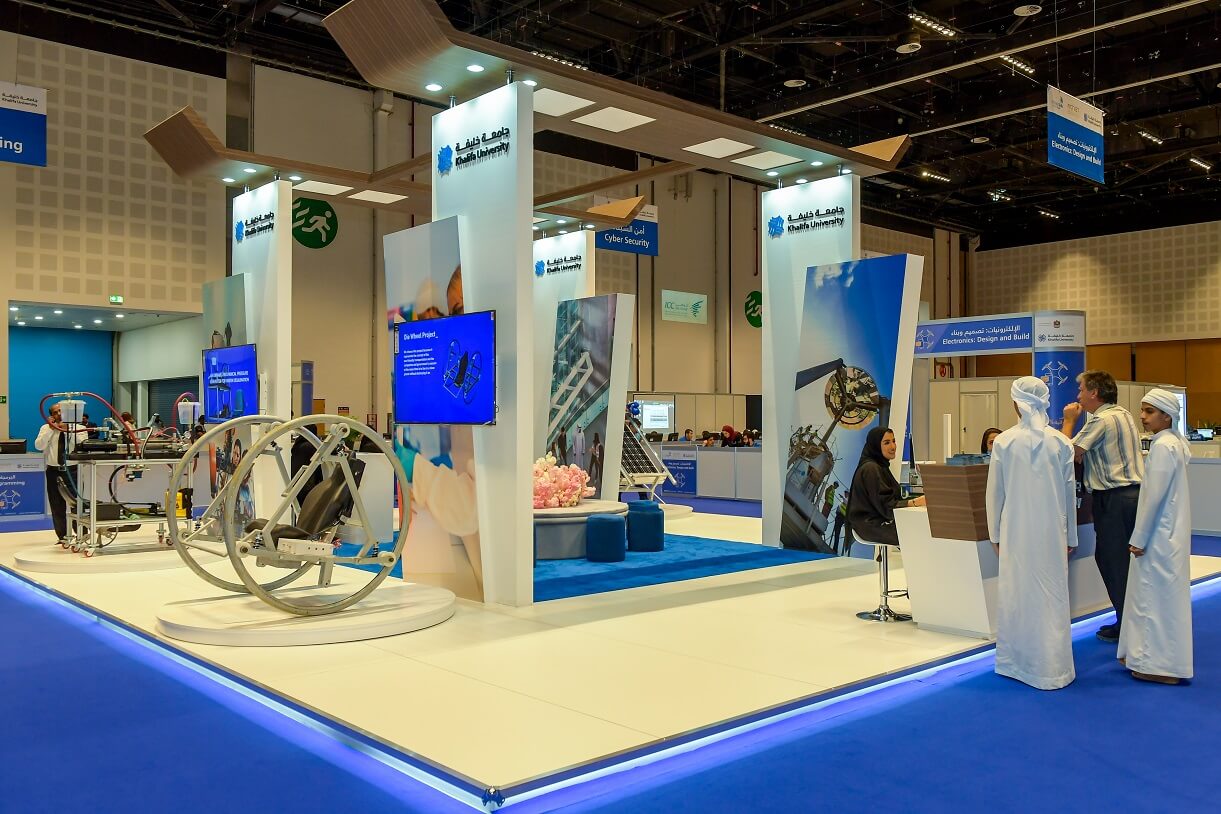 ETIC 2019 challenged student teams in eight categories including Computer Programming,Cyber Security, Mobile Application Programming, Game Development, Drones: Build and Fly,Renewable Energy, Electronics: Design and Build, and Artificial Intelligence (AI). Each category had a set of challenges that students must fulfil during the three days of the competition. In
some categories, students were given tasks and in some others, they were asked to develop a project that will be evaluated on the last day.

In the AI category, students were required to utilize machine learning algorithms to construct usable models in order to identify and classify objects from real image datasets and to appropriately train their constructed models. They were also expected to use and fine-tune existing machine learning algorithms, while judges looked for high classification accuracy, precision, recall, and sensitivity in the constructed model.

Al Hashidi and Moosa won ‘Silver’ for their work on image processing using MatLab – the multi-paradigm numerical computing environment and proprietary programming language. It was a machine learning process, where the team needed to train the computer to recognize specific objects.

The duo worked on different types of identification throughout the three-day course. Al Hashidi said: “Starting from familiarization with different algorithms, we had to learn how to classify images. Lastly, we had to train a model that would be used by cars to detect other vehicles and ‘stop’ signs. This model used a dataset provided to us and then the accuracy of this was tested
by the judges.”

Associate Professor Dr Hadi Otrok, Electrical and Computer Engineering Department, said: “During the competition, Mjalli and Salama were among the enthusiastic teams who were actively attempting to solve all the tasks they were provided, even those which were new for them. They were also committed to identify training material to prepare them as much as
possible for the competition and sought only minor guidance.”

For the two students, the occasion proved to be immensely challenging in the beginning. Al Hashidi said they were hesitant at first as ETIC within the Emirates Skills National Competition 2019 was a huge event. But after the first day, they team became more involved in the competition.

“We motivated each other and thankfully remained steadfast in our efforts. We had no background in this field, so we took it upon ourselves to learn this new concept. We worked together to explain to each other whenever we found ambiguities. In addition, we received help from instructors who guided us as to what we should be aware of,” added Al Hashidi.

Moosa said “Our main goal at first was to participate and experience something new. It was a fun experience, new to us.”

But everything did not go smoothly for the team, especially on the last day of the competition,when the code they had developed was taking too long to execute. Al Hashidi felt that might affect their scoring. She said “It took so long that we overstayed even after the competition, waiting to know our score, until everyone had to leave the stand.”

She added: “Both of us left, not sure if we were among the top three. Nonetheless, we were only curious to know our ranking. On the day of announcement, however, we were overjoyed to learn that the Silver medal was ours.”

“It was also a proud moment since we were the only ones representing our university in AI category, while other teams were representing their high schools,” remarked Al Hashidi.

The categories of ETIC 2019 were specifically designed to test and hone the skills of UAE national students in science and technology.