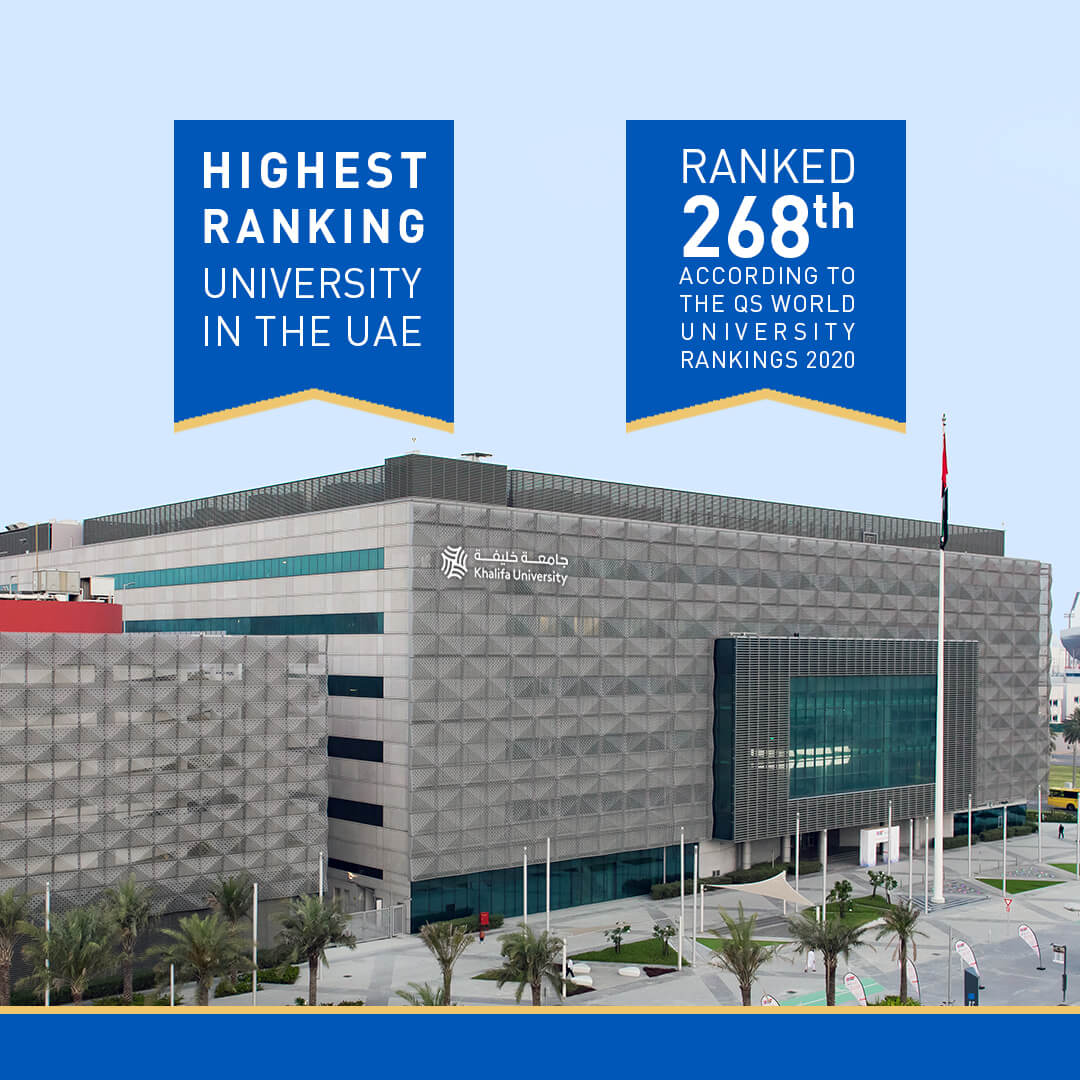 Jumps 47 Slots to Rank 268th Globally in Most Recent QS Ranking, Remaining Top in the Country

Khalifa University of Science and Technology has become the first-ever in the UAE to be placed among the top 300 academic institutions globally by the QS (Quacquarelli Symonds) World University Rankings 2020.

Ranked 268th overall with a jump of 47 slots, Khalifa University thus remains among the top 27% of the 1,000 universities assessed from 82 different locations across the world, as well as the top-rated institution in the UAE. Additionally, the QS World University Rankings 2020 has termed Khalifa University’s ‘Research Output’ as ‘Very High’.

Dr Arif Sultan Al Hammadi, Executive Vice-President, Khalifa University of Science and Technology, said: “Our position as the first-ever institution from the UAE to be placed among the top 300 in the QS World University Rankings 2020 strongly illustrates not only our consistent success in the international academic arena, but also our commitment to impart world class knowledge to students. We believe such international accolades and recognitions reflect our wise leadership’s vision and continuous support to help the University compete on the international level. It also shows the sincere efforts by our faculty and staff to sustain the University’s mission as a major contributor to the UAE’s human and intellectual capital development.”

“The most recent ranking will further motivate us and strengthen our resolve to enhance the academic and research offerings that will further consolidate the position of Khalifa University regionally and globally,” added Dr. Al Hammadi.

Khalifa University continues to be acknowledged globally for its world class academic and research areas. The university was the only one in the Middle East and North Africa (MENA) region to be among the top 15 in the Times Higher Education (THE) Emerging Economies University Rankings 2019 that assessed 442 universities from 43 countries.