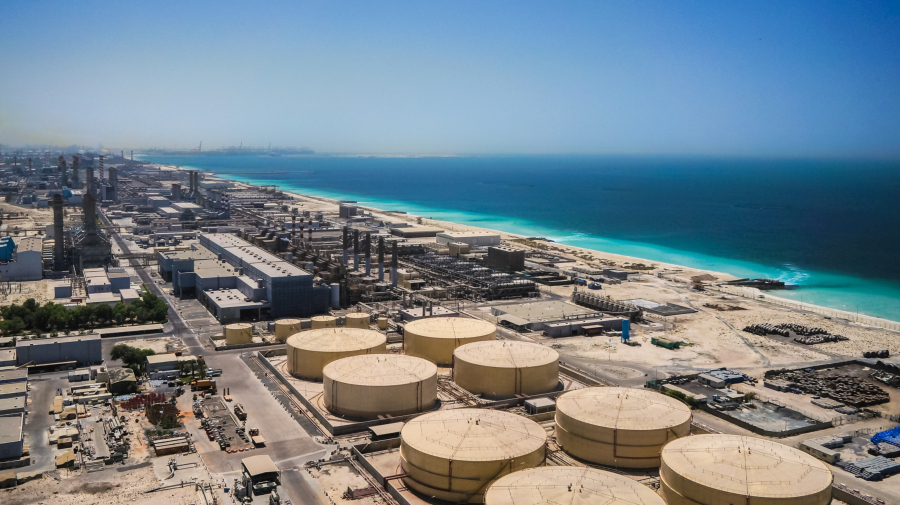 In water-scarce urban environments like those of the UAE, desalination technologies play a central role in transforming plentiful saline and brackish water to create freshwater that meets the population’s needs. In the UAE, natural gas-powered thermal desalination is estimated to produce around 80% of the country’s domestic water.

However, desalination is not an entirely benign process, with associated economic, environmental and social impacts. This makes ensuring that desalination does not harm the very environments and populations that they are meant to help support an ongoing challenges. In response to this need, a Khalifa University research team has collaborated with both international and regional experts to develop the first universal integrated framework to assess the sustainability of desalination technologies.

“As far as we could find out, there was no unified sustainability metric to measure the sustainability of a desalination plant in the UAE. That is why we decided to formulate a comprehensive framework for the UAE, to generate a sustainability index that takes into account the four factors of sustainability, which are environmental, social, technical, and economical,” explained Dr. Faisal AlMarzooqi, Assistant Professor of Chemical and Environmental Engineering at Khalifa University.

A paper on the framework titled “An integrated framework for sustainability assessment of seawater desalination” was recently published in journal Desalination, co-authored by research associate Yazan Ibrahim, Dr. AlMarzooqi, Professor of Chemical and Environmental Engineering Dr. Hassan A. Arafat, and Professor of Engineering Systems and Management Dr. Toufic Mezher, all from Khalifa University.

“What makes desalination a different and more urgent challenge than ever before, is the rapid evolution of this region in its social, environmental, and economic contexts. This led to a significant dependence on desalination as a reliable freshwater alternative due to the geographical and geological structure of the UAE that limit the number of natural water resources,” Ibrahim shared.

“SWRO, which is a membranes-based process, is the most widely adopted technology worldwide, with a global share of around 68% in 2018. It is characterized with low environmental impacts, low cost, reduced land use, and ease of operation. On the other hand, MED and MSF, which are thermally-based technologies, are known for their reliability and robustness as well as their high environmental footprint. Therefore, the challenge for sustainable desalination today lies in the ability to find a tradeoff between the economic, social, and environmental aspects of these technologies,” Yazan explained.

Overall, the three main sustainability factors were environmental, techno-economic and social, each of which had 5-6 desalination-related sub-factors, which were selected from published literature and expert opinion on the topics. The technical factor demonstrated the technically feasible of the technology. This is closely related to the economic factor. Therefore, the team decided to combine those two factors into one representative factor namely techno-economic. Some of the sub-factors included water extraction and discharged brine impacts in the environmental factor, quality of produced water and scaling and fouling propensity in the techno-economic factor, and technology safety and level of noise in the social factor.

When the framework was applied to the three major types of desalination technologies used in the UAE, SWRO was found to be the most sustainable technology followed by MED and MSF.

“This was due to the unique local conditions and parameters of the UAE – like the relatively low price of natural gas and the relatively higher weightage of environmental impact. That is why it is important to calculate the sustainability of a technology in a way that is specific to its local application. In the future if new technologies emerge, these too can be added to the index and framework,” Dr. Al Marzooqi explained.

The team is now working on the technological aspects of sustainable desalination and hope that opportunities are generated in the near future to further develop sustainability indices.