Innovations in Aerospace, Aviation, Defense and Space Sectors at the Fore at Global Aerospace Summit 2016 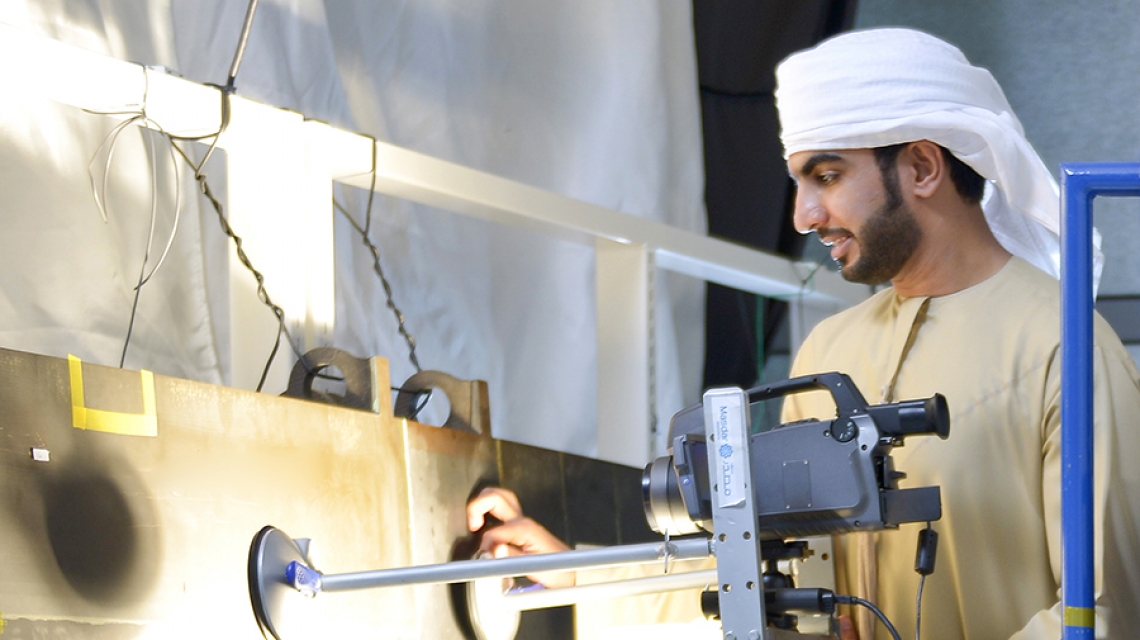 Innovations and involvement in the aerospace, aviation, defense and space sectors will be some of the key aspects of participation at the upcoming Global Aerospace Summit 2016, hosted by Mubadala Development Company.

The Summit, part of the Abu Dhabi Aviation and Aerospace Week, will be held from 7-8 March 2016 at the Abu Dhabi National Exhibition Center (ADNEC) under the patronage of His Highness General Sheikh Mohamed Bin Zayed Al Nahyan, Crown Prince of Abu Dhabi and Deputy Supreme Commander of the UAE Armed Forces.

Dr. Behjat Al Yousuf, Interim Provost, Masdar Institute, said: “Masdar Institute’s innovations to support a sustainable aerospace ecosystem, particularly through advanced energy and materials science research, are the result of diligent collaboration with partners and thought leaders in this field. The Institute’s advancement of innovation dialogue at the Global Aerospace Summit 2016 will continue this effort to nurture new ideas and transfer knowledge throughout the community.”

Representing Masdar Institute, Dr. Steve Griffiths, Vice President for Research and Interim Associate Provost, will moderate a panel discussion titled ‘Introducing the next generation of environmental technologies into commercial aviation’ on the first day of the event. The discussion will explore future aviation energy sources and the technologies and practices that the aerospace industry can employ to reduce the carbon footprint of commercial aviation and meet industry sustainability targets and environmental regulations.

Additionally, a research partnership with global aerospace and security leader Lockheed Martin involves nano-structures and materials that have unique properties due to their strength, electrical conductivity and other factors. These nanomaterials could potentially be suitable for use in aircraft fuselage design, plastics and water-desalination programs among others.

Today, due to operational and technological innovations in commercial aviation, a normal flight generates around 50% less CO2 per km compared to a flight of the same distance in 1990. The industry is using a four-pillar strategy to further increase its fuel efficiency by another 17% over the first decade. This includes technology innovation, operational improvements, infrastructure efficiencies, and smart economic measures. The panel discussion will highlight key operational and technological advances that will be required for the implementation of this strategy, including advances in commercial propulsion systems and aviation biofuels.