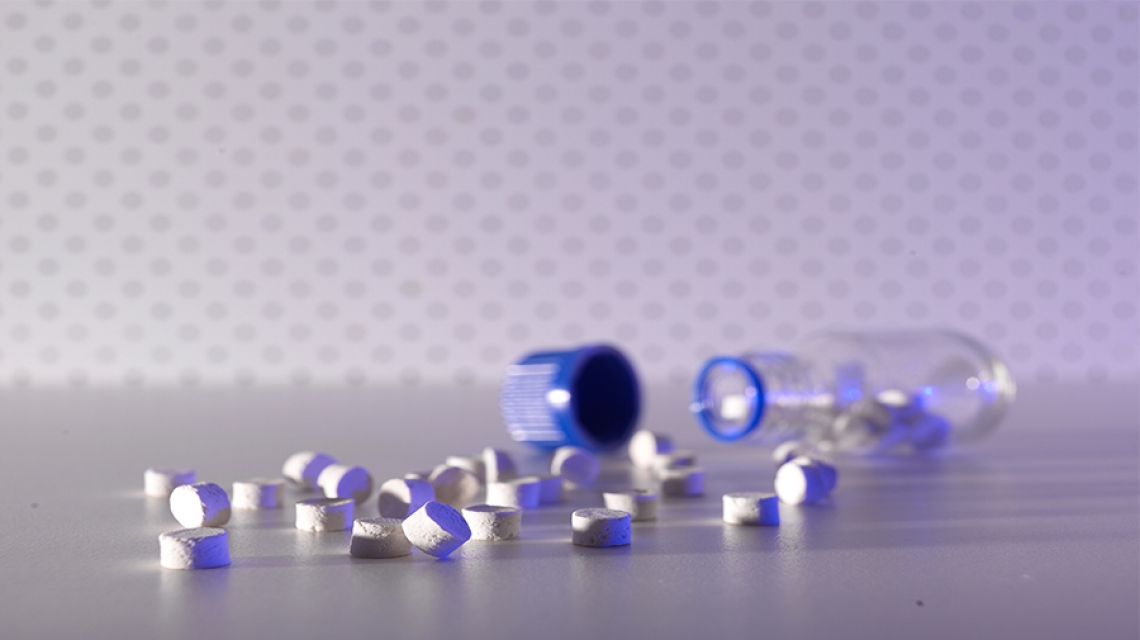 An unimpressive looking plant byproduct is at the heart of a number of valuable innovations across a range of applications being developed in the labs of the Masdar Institute of Science and Technology.

Cellulose is the main part of a plant’s cell walls, and exists in abundance in fibrous species like cotton and trees. For over a century, people have been exploring cellulose’s potential as a sustainable, low-cost chemical for producing a number of industrial products, including textiles, papers, plastics, food, films, pharmaceutical drugs and biofuels. But now, with the benefit of cutting-edge advanced materials science and R&D facilities, scientists at Masdar Institute are enhancing cellulose’s key properties of mechanical strength and chemical stability to develop innovations in a number of the UAE’s targeted sectors.

Dr. Raed Hashaikeh, Professor of Materials Science and Engineering, is leading Masdar Institute’s efforts, producing a new, harder  type of cellulose, known as ‘networked cellulose.’ With this one material, his team has come up with three novel technologies– an improved medicinal tablet, a lithium-ion battery electrolyte and a reverse osmosis membrane for water desalination.

“Networked cellulose gel is prepared by diluting refined wood pulp in sulfuric acid and is then regenerated in ethanol. It was noticed that, when dried, the networked cellulose material shrank in volume, but maintained its integrity and shape, and actually became harder as it shrank. That’s when we realized that networked cellulose has a higher level of hardness compared to normal cellulose,” Dr. Hashaikeh explained.

The first application for the networked cellulose gel the team pursued was delayed release tablets. Dr. Hashaikeh and his student, Masdar Institute alum Hatem Abushammala, developed a novel pharmaceutical tablet with a high level of hardness and gradual drug release time (up to 24 hours). Such a delayed-release tablet could give doctors an easy way to gradually, continually and safely dose a patient with necessary medication.

Hard tablets, which represent 70% of total medicines, are typically produced by the compression of active ingredients with inert substances, like cellulose, which are used to help bind and form the tablet. The compression process requires high pressures that increase the tablet temperature and degrade the active ingredients. Thus, temperature-sensitive ingredients are not producible in tablet form and are only available in a capsule or injection. Injections are generally unfavorable and capsule production is more expensive, prompting the need for a low-energy tablet production technique that does not raise the ingredients’ temperatures.

Networked cellulose gel, which has excellent compaction properties when blended with other pharmaceutical excipients, could solve this problem.

The resulting pharmaceutical tablet is easily adaptable to continuous processing techniques – a manufacturing process that reduces operation costs, allows greater flexibility in supply, and reduces the cost of manufacturing.

Using networked cellulose in tablets could give the UAE’s pharmaceutical industry a novel and robust manufacturing method. Ranked first in healthcare quality in the Arab world, the UAE has identified healthcare as a key sector targeted by the UAE’s National Innovation Strategy. A patent is currently pending for the cellulosic material as a pharmaceutical excipient.

Cellulose is made up of a long, linear chain ranging from hundreds to thousands of glucose molecules, which are held together by thousands of hydrogen bonds. This makes it a very stable and strong polymer that does not dissolve in most solvents; properties that Dr. Hashaikeh’s team leveraged to create two other products with their networked cellulose: a solid electrolyte for lithium-ion batteries and a water treatment membrane that can tolerate high water pressure.

In most batteries, a conventional electrolyte, which is the medium that allows electric charge to flow between the cathode and anode of a battery, is a liquid or gel. However, these non-solid electrolytes are not particularly stable at high temperatures and pose both flammability and volatility concerns.

To alleviate this problem, Dr. Hashaikeh’s team – which include postdoctoral researcher Dr. Boor Lalia and Masdar Institute alumni Yarjan Abdul Samad and Ali Asghar – added networked cellulose to the electrolyte, producing a solid electrolyte that looks like a thin film, which improved the lithium-ion battery’s thermal and mechanical stability at high temperatures. By reducing many of the associated disadvantages with lithium-ion batteries, Dr. Hashaikeh’s team have developed a more robust battery that can be used for energy storage. A patent has been filed for this solid polymer electrolyte, which is pending.

Another useful application for networked cellulose, discovered by Dr. Hashaikeh’s PhD student Shaheen Anis, is for enhancing polyvinyl alcohol (PVA) membranes used in the reverse osmosis systems that treat and desalinate water. PVA membranes tend to swell over time, and when they do, they become less effective at filtering out salt. After mixing a small amount of networked cellulose with the PVA membrane, Dr. Hashaikeh’s team observed that the membrane swelled less, without adversely affecting its mechanical and thermal stability.

Seawater desalination is a necessity in the UAE where freshwater is limited, and innovative solutions to make the process more affordable and effective will help the government produce more desalinated water to meet the nation’s growing freshwater demands.

Cellulose has already found hundreds of uses in modern life, ranging from packaging materials to textile fibers. Yet, more applications that leverage its unique physical and chemical properties can still be developed. Thanks to the novel and innovative materials science research conducted at Masdar Institute, the renewable resource may see wider use in applications of significant relevance to the UAE, including in renewable energy, health, technology and water – many of the priority sectors targeted by the UAE National Innovation Strategy.

The cellulose research projects being pursued by Dr. Hashaikeh and his students are not just producing new knowledge and potential innovations; the research is contributing to the development of human capital with a strong and specialized knowledge of the intricacies and potential applications of cellulose. For example, Abushammala has successfully finished his PhD and is currently working as a Researcher and Lecturer at the University of Freiburgin where he researches conversion of biomass into clean energy, with a focus on cellulose.

The full potential of networked cellulose has not been reached yet, and researchers at Masdar Institute will continue to develop innovative ways to employ this renewable and sustainable material to advance the UAE’s innovation goals.