Generating Steam from the Sun Sustainably 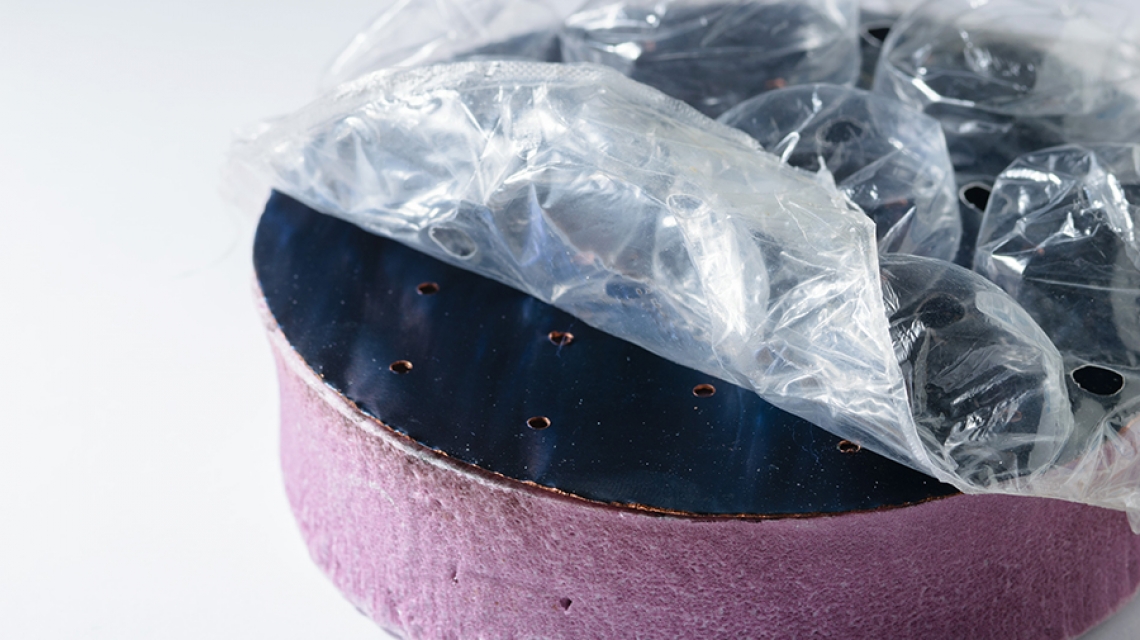 The UAE’s dusty atmosphere is one of the biggest obstacles to the country’s efforts to harness its abundant solar energy resource. As a beam of sunlight journeys to the Earth’s surface, it bounces around between dust particles and other aerosols present in the air, spreading out along the way – a process known as diffusion.

Because of the dust, a large portion of the UAE’s sunlight is “diffuse” rather than “direct” – which is when a beam of sunlight hits the surface head-on at a 90° angle. Yet, some of today’s most widely used solar technologies, such as concentrating solar power (CSP), mainly rely on direct sunlight.

In fact, counter to our intuition, the UAE’s direct normal irradiance (DNI) actually decreases during summer months because of aerosol-induced light scattering and hot ambient condition, reducing CSP plants’ power generation levels. For those solar technologies that don’t rely on direct sunlight, like solar photovoltaics (PV), they are affected by dust in other ways; as dust coats a solar cell’s surface, its electrical conversion efficiency can be slashed in half.

A team of researchers from the Masdar Institute and the Massachusetts Institute of Technology (MIT) may have found a way around the UAE’s dust difficulties with a novel solar thermal energy conversion system that can leverage all of the country’s sunshine – both direct and diffuse (known as global horizontal irradiance, GHI) – to generate steam in a simple, low-cost way.

“The system we have developed enables us to generate steam with solar energy without having to rely on direct sunlight,” said Dr. TieJun Zhang, Masdar Institute Assistant Professor of Mechanical and Materials Engineering. “The technology is particularly suited for the UAE’s dusty climate, as it fully uses solar thermal radiation (GHI) rather than the direct sunlight, which can be hindered by the aerosols,” he added.

The MI-MIT solar thermal energy conversion system is designed as a floating solar receiver that is able to convert 20% of incoming solar energy into steam at 100 degrees Celsius without expensive optical concentration devices and is made of cheap, commercially available materials, including bubble wrap and a polystyrene (plastic) foam.

Today’s steam-generating solar technologies rely on expensive optical concentration systems and bulky mechanical pumps. For example, CSP systems concentrate direct sunlight to an equivalent of over 50 suns (that’s roughly 300-400° Celsius) onto a fluid-filled pipe in order to generate steam. To reach such high temperatures, sun-tracking equipment coupled with a vast array of mirrors are required to follow the path of the sun and concentrate the direct sunlight, which ends up accounting for up to 30% of a CSP plant’s total installed costs.

Because steam is very important for power generation – approximately 90% of the world’s electricity is produced from steam turbines – and seawater desalination, finding ways to generate steam sustainably from the sun (instead of from burning greenhouse-gas emitting fossil fuels) is critical to efforts to increase renewable energy’s share of the global energy mix.

The MI-MIT solar receiver is one step closer to such sustainable solar-driven steam generation, as it is able to generate steam without expensive optical and mechanical systems by concentrating thermal energy instead of direct sunlight. Additional applications of the floating solar receiver include residential water heating, wastewater treatment and medical tool sterilization.

The receiver’s design is relatively simple: A floating, sponge-like device made of a spectrally-selective absorber (a ceramic and copper absorber coated with graphite, which is commonly used in solar water heaters) allows visible light energy from the sun in, while restricting the amount of heat that radiates back out into the atmosphere. This heat-trapping effect significantly improves the device’s sunlight-to-steam efficiency.

The absorber is sandwiched between a top bubble-wrap layer, which helps absorb sunlight and reduce the amount of heat lost to the air through convection, and a bottom insulating foam layer, which floats the entire structure on a body of water and reduces the thermal loss of the generated heat to the water below.

An MIT press release explains in detail how the device works: Channels are drilled through the foam structure and copper layers conduct heat toward the channels. Water is drawn up through the bottom foam layer into the channels, where it is heated and converted into steam.

The floating receiver acts like a sponge, constantly soaking up water and evaporating it, producing a continuous stream of steam.

The solar receiver was validated on MIT’s rooftop, where it demonstrated the ability to rapidly reach 100°C and generate steam during periods of low and high direct sunlight, such as during non-summer months and heavy cloud coverage.

“The technology we have demonstrated is particularly attractive for hot-arid region such as Abu Dhabi for potential applications in waste water treatment, seawater desalination, and power generation.” Dr. Gang Chen says.

Inspired by the biological processes that occur in salt-tolerant plants, Dr. Zhang remarked on the similarity between his solar floating receiver and the mangrove tree: “They both root in seawater, absorb sunlight and evaporate water vapor.”

“Scientific research is empowering us to understand nature in order to engineer our world. We hope to see more mangroves as well as our floating solar devices along the coast of UAE. We envision a world where people will pack our device for a beach party and enjoy sunshine with a cup of self-produced freshwater. Life should be like that,” he added.

“This project is an excellent demonstration of how international collaboration and use-inspired research can yield cutting-edge scientific findings that have direct application to the sectors that are at the core of the UAE’s continued evolution toward an innovation and knowledge-based economy,” said Dr. Steve Griffiths, Vice President for Research and Associate Provost, Masdar Institute.

This research is part of the MI-MIT active flagship program.