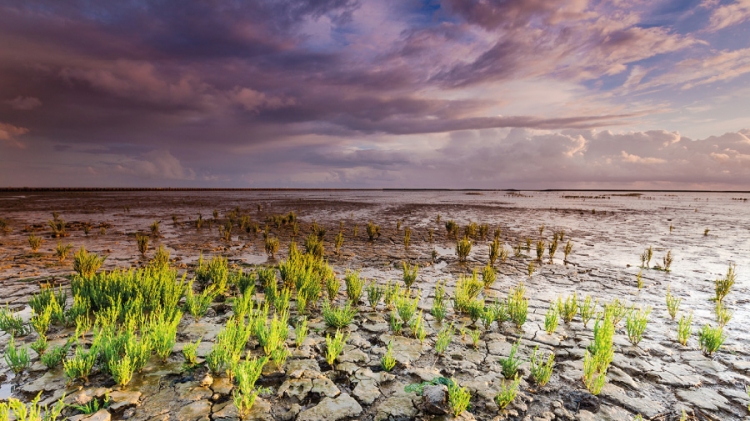 As the world’s population increases, so does its demand for fish.

And as overfishing of the oceans has hit global fish stocks, that demand is increasingly being met by aquaculture. The fastest-growing animal food producing sector, aquaculture already accounts for almost half the world’s fish consumption.

While this “blue revolution” has the potential to limit the pressure on stocks of wild fish, while providing protein for the growing population, aquaculture still poses environmental challenges.

Many aquaculture operations discharge wastewater containing fish wastes and uneaten fish feed. High in nutrients, this wastewater can cause a rapid growth in the population of algae, some toxic. And when the algae die, their decomposition uses substantial amounts of the oxygen in the water, which may cause many other organisms to die.

For freshwater fish, such as trout or catfish, a convenient solution is to use the wastewater to irrigate crops such as corn or soybeans. But with marine fish or shrimp, which are grown with seawater, the effluent is salty, and unsuitable for irrigation.

There are, however, some plants, known as halophytes, that can grow in very saline conditions.  Common halophytes that most of us are familiar with are mangroves.

If halophytes could be domesticated into useful crops – oilseeds (similar to soybeans), forage for livestock feed (similar to alfalfa), or even vegetables – perhaps that salty, nutrient-rich wastewater could be an excellent source of irrigation water for them.

Here in Abu Dhabi, the Masdar Institute of Science and Technology is beginning a five-year project to examine the feasibility of doing exactly that.

Its Integrated Seawater Energy and Agriculture System project is the flagship of its Sustainable Bioenergy Research Consortium (SBRC), a partnership between the institute, the government of Abu Dhabi, Boeing, Etihad Airways, UOP/Honeywell and Safran. One of the project’s goals is to get energy from the halophyte plant material and oil.

The plan is for fish or shrimp to be grown in ponds using seawater pumped from the Arabian Gulf.  The wastewater from these ponds will be used to irrigate fields of halophytes selected for their potential yields.

Nutrients from the wastewater will act as fertiliser for the halophytes – which will effectively filter out those nutrients.

At the same time, the halophytes will produce a useful product, such as an oilseed to be turned into biofuel, and a woody biomass that can be further processed into fuel or other products, and fodder.

Water draining from these halophyte fields will eventually drain into managed mangrove forests – including some areas where there are currently no mangroves. The mangroves will remove any further nutrients from the wastewater.

Additionally, the mangroves will serve another important environmental purpose, as nursery areas for coastal fish and a habitat for birds.

All this should use very little precious freshwater, as it will rely on seawater, without degrading arable land that could be used to grow conventional crops.

The salty land it will use would not support conventional crops – so the project will in effect turn previously commercially useless land into a useful, biologically active area. And it should all be sustainable in its energy use and greenhouse gas emissions.

With the potential to produce fish and sustainable energy with limited waste, this technology could hold great promise for coastal desert areas.

New technique to use light to give early warning of illnesses